This past year has been one of perpetual bumps, showing us all just how much work we have to do to change what spills out. We have witnessed kneeling during the anthem in sports become the norm, corporations co-opting Black Lives Matter as a badge of honor, droves of people in the streets protesting for dignity and life, and police budgets reduced in major cities like Los Angeles. Things that would have been inconceivable just a short time ago. But as we have started to collectively understand, we can’t expect to arrive at our destination and kick up our feet—we must continue to keep our foot on the gas.

As someone who lives at the intersection of many identities, I have grown accustomed to having to put aside one piece of myself to fight for another. I have stood at center court and fought for racial justice, negotiated groundbreaking collective bargaining agreements (CBAs) within the WNBA, and spoken out for LGBTQ+ rights over and over again. So when I watched President Biden sign the executive order that made clear that this new administration would protect all LGBTQ+ people under federal civil rights laws, a part of me that is so often put on a shelf felt the warmth of light.

Shortly afterwards, I experienced something else I have grown accustomed to: backlash. If you play women’s sports, you know online trolling all too well. If you speak out on race, you’ve been there, done that. If you are open about the love for your wife, you learn to click “block” and move on. But when you vocalize the most basic support for the humanity of your trans community, a new level of hate surfaces. The piping hot coffee that spills out of these mugs is filled with unaddressed work within our culture. Fear of and misconceptions about and downright contempt for trans people are everywhere. And somehow right now, this fear of trans people and trans bodies has zeroed in on trans people belonging in sports.

The use of “protecting women in sports” as a cloak for excluding trans women would be comical if it wasn’t so painful. There are renewed calls to police the bodies of women and girl athletes by excluding girls who are trans from participating on school athletic teams. As if, somehow, we can protect women and girls if we just exclude the ones who some believe are “too much like boys” and are “given an unfair competitive advantage” (for the record, this has not been proven). But this is the very thing that has harmed so many athletes—both cisgender and transgender—in women’s sports: the idea that our bodies are somehow fair game for scrutiny, debate, and intrusion. It is this scrutiny that is a threat to women’s sports—not the presence of trans women and girls. We must ask ourselves the critical question: Why are trans girls and women being targeted the most?

Many of those most vocally opposed to trans women have not advocated for an expansion of media coverage for women’s sports, increased resources and marketing for women’s sports, and investment in sports programs for women and girls around the country. They are not wearing our jerseys or attending our games. Instead, they are weaponizing our existence to hurt others. These people want to keep women in their place and then use us as swords to cut people who pose no threat to the advancement of our sport.

This is the very thing that has harmed so many athletes—both cisgender and transgender—in women’s sports: the idea that our bodies are somehow fair game for scrutiny, debate, and intrusion.

As a young child, I lived on the basketball court. Whether it was playing on the concrete slab in my backyard or at the local community center, or traveling for club team games, basketball gave me a safe haven from anything and everything that was going on around me. It didn’t matter who was there: We laced up our shoes and played. Ironically, I received the most praise from those around me when I played (and won) against the boys. In sports, we celebrate competitive advantage—it’s literally the reason we love sports so much. We love to watch A’ja Wilson or Lebron James out speed, out muscle, and out craft their opponents. But especially in our formative years, young people join sports teams for a sense of community—for a sense of belonging. What message are we giving to young trans people when we say you can’t participate? It’s simple: You are denying our existence by telling us we don’t belong.

I have devoted my life to women’s sports. I care about athletes in women’s sports, and our future success. Make no mistake, the fight to keep trans people out of sports is about power and control, not the protection of cis women in sports. After all, who is really under attack here? Just look at the various states across the country, like Montana, Oklahoma, and Tennessee, trying to pass bills to stop trans youth from participating in sports, from being able to use the restroom, and from having access to lifesaving health care.

There can be no celebration of women’s sports without celebrating all the women and girls who love sports—including trans women and girls. Under no circumstances can we abide by segregating trans athletes, policing their bodies, and then claiming it somehow serves the larger fight for gender justice. In that game, we all lose.

If you want to help support trans rights, consider donating to organizations like the ACLU, Gays and Lesbians Living in a Transgender Society (G.L.I.T.S.), The Transgender Law Center, and The Okra Project.

Layshia Clarendon
Selected 9th overall in the 2013 WNBA Draft, Layshia is currently the point guard for the New York Liberty. 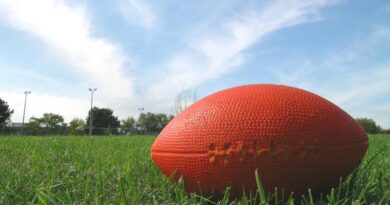 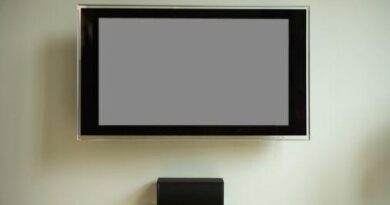 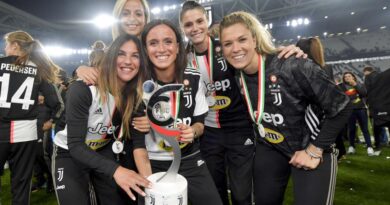