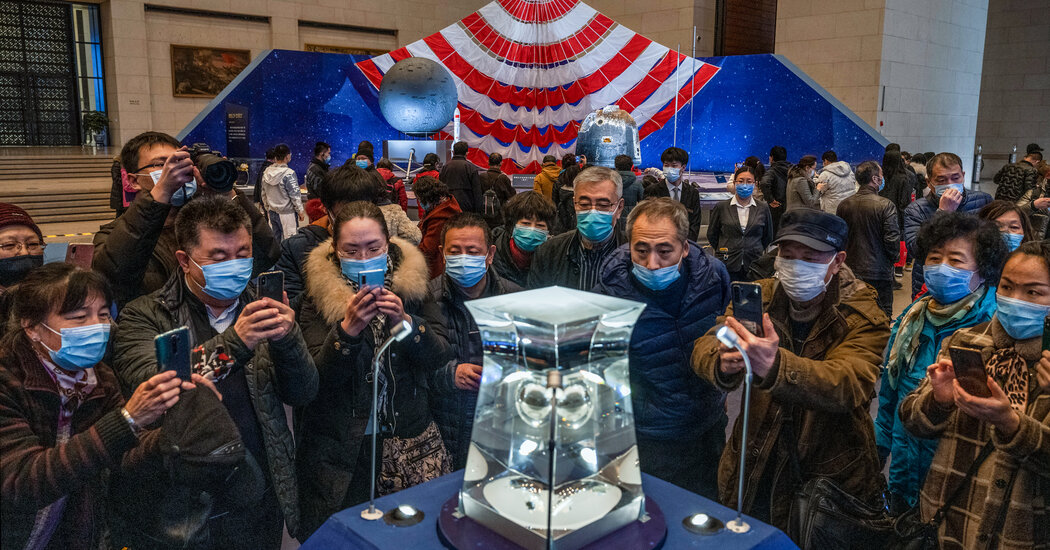 China is freeing up tens of billions of dollars for its tech industry to borrow. It is cataloging the sectors where the United States or others could cut off access to crucial technologies. And when its leaders released their most important economic plans last week, they laid out their ambitions to become an innovation superpower beholden to none.

Anticipating efforts by the Biden administration to continue to challenge China’s technological rise, the country’s leaders are accelerating plans to go it alone, seeking to address vulnerabilities in the country’s economy that could thwart its ambitions in a wide range of industries, from smartphones to jet engines.

China has made audacious and ambitious plans before — in 2015 — but is falling short of its goals. With more countries becoming wary of China’s behavior and its growing economic might, Beijing’s drive for technological independence has taken on a new urgency. The country’s new five-year plan, made public on Friday, called tech development a matter of national security, not just economic development, a break from the previous plan.

The plan pledged to increase spending on research and development by 7 percent annually, including the public and private sectors. That figure was higher than budget increases for China’s military, which is slated to grow 6.8 percent next year, raising the prospect of an era of looming Cold War-like competition with the United States.

The spending pledges follow four tumultuous years during which President Donald J. Trump rattled — and angered — the Communist Party leadership under Xi Jinping by restricting access to American technology for some of its corporate giants, including Huawei.

The experience has hardened a view that the United States, even under a new administration, is determined to undercut the country’s advancement and that China can no longer rely on the West for a stable supply of the technologies that help drive its economic growth.

“The United States, which has already climbed to the summit, wants to kick away the ladder,” Zhang Xiaojing, an economist with the Chinese Academy of Social Sciences, wrote on the eve of the legislative meetings now underway in Beijing.

The road to the “global peaks of technology,” as Mr. Xi has described China’s aspirations, is decidedly uphill. The government had previously set out to spend 2.5 percent of gross domestic product on research and development in the last five years, but actual expenditures failed to reach that target.

One sector that China has struggled with is microchips, which much of its electronics production relies on. Bewilderingly complex production has stymied Chinese businesses, which instead import the majority of the semiconductors they require. Despite tens of billions of dollars invested, China’s domestic chip production met only 15.9 percent of its chip demand in 2020, barely higher than the 15.1 percent share it accounted for in 2014, according to IC Insights, an American semiconductor research firm.

“I think they’re really worried,” said Rebecca Arcesati, a tech analyst with the Mercator Institute for China Studies in Berlin. “They know that without access to those technologies, they won’t be able to reach their targets.”

The new strategy, to a degree, rebrands the country’s previous Made in China 2025 campaign, which sought to propel it to the lead in a range of cutting-edge technologies. It broadly set out to produce 70 percent of the core components that Chinese manufacturers needed by 2025. The plan scared trade partners and contributed to a punishing trade war with the United States.

“China wants to reduce its dependency on the world — not to reduce its trade and interaction but to ensure that it is not vulnerable to the kind of strategic blackmail against China that it has historically used against others,” said Daniel Russel, a former American diplomat who is now a vice president at the Asia Society Policy Institute.

A confrontation has been brewing for more than a decade. Long-held Chinese policies to winnow reliance on foreign tech got a boost in 2013, after disclosures by Edward Snowden about National Security Agency hacks that relied on American firms.

American companies have long complained about policies mandating tech transfer. Chinese government-backed hacks aimed at American intellectual property have further raised tensions. China has in the past used corporate espionage to support economic interests, including in the high-tech fields that the government is now making a priority.

The latest intrusion against business and government agencies used Microsoft email systems and was discovered last weekend. Tentatively linked to Chinese hackers, it is likely to sharpen a divide that could split the tech world.

In recent weeks, Chinese officials have repeatedly emphasized the danger of “choke points” where the United States controls key foundational technologies. At a news conference in Beijing, Xiao Yaqing, who leads the Ministry of Industry and Information Technology, announced a review of 41 sectors for “empty spots” that could cause the tech supply chain to break “during crucial times.”

Beijing is backing this effort with money and rhetoric.

China Development Bank, the country’s policy lender, said last week that it was preparing over $60 billion in loans for more than 1,000 firms key to strategic innovation and had raised $30 billion for a new government-backed microchip investment fund.

A Chinese Academy of Engineering official, Ni Guangnan, wrote recently that the country should create a “Chinese system” that could supplant the combined systems of Intel, Microsoft, Oracle and others that have historically dominated computing. China should also increase the world’s reliance on its telecom infrastructure technology to “form a powerful deterrent” against future embargoes, he added.

The tech supply chain remains hugely complex and resolutely global, and too much meddling in the markets can have unforeseen consequences, experts have warned. Top-down jockeying by the United States and China over microchips has in part triggered a chip shortage that recently hit the auto industry.

Neither country can imminently attain true self-reliance in the myriad cutting-edge technologies required to run a modern economy and military. In place of overarching policies, a proxy fight is emerging, with both sides working to secure missing pieces that come from other countries.

Many American allies have been happy to see their companies take advantage of a Chinese market increasingly emptied of American companies.

Earlier this month, ASML, a Dutch company that makes the tools required to mass produce microchips, said it had extended a contract to provide equipment to China’s largest semiconductor maker, even though Washington put the firm, known as SMIC, on a blacklist last year. The extension did not break any restrictions, but showed how there are limits to the United States’ ability to cut off supplies.

Decisions like that could continue to frustrate President Biden, who has cast China as the country’s most significant foreign policy challenge. China hopes to undercut American efforts to isolate it by entwining itself with major economies, including those politically allied with the United States.

“They’re certainly speaking and acting with a view of discouraging third countries from joining any posse the United States might organize against China,” Mr. Russel of the Asia Society Policy Institute said. The goal is to buy “time needed by China to seal up the remaining vulnerabilities in its armor.”

Whatever hopes Chinese leaders had about a diplomatic reset after the Trump years appear to have already waned.

Mr. Biden’s first conversation with Mr. Xi lasted about two hours and, according to the White House, included discussions about “Beijing’s coercive and unfair economic practices.”

At home, Mr. Biden has warned that the United States needs to keep up with China on investments in infrastructure, some in support of tech industries, including electric vehicles. “If we don’t get moving, they’re going to eat our lunch,” he said while making the case for the $1.9 trillion economic stimulus plan.

The phrase echoed one he had made as a candidate only two years before — to dismiss the challenge posed by China. “China’s going to eat our lunch?” he said while stumping in Iowa in 2019. “C’mon, man!” 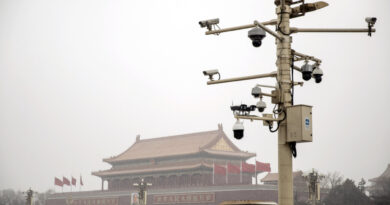 When shopping for cars, be sure to test-drive the technology – starexponent.com