The Worumbo Mill building was demolished in 2016. Lisbon bought nearly 4 acres at the site of the former textile mill in June. Times Record file photo

A group of locals is pushing back against plans to redevelop the former Worumbo Mill site into housing.

Brett Richardson, the town’s economic and community development director, received permission from the town council during a recent town meeting to request quotes from developers in the area for two multi-use buildings, three to four stories tall, providing up to 60 apartment units retail space.

A group of local business owners and residents, calling itself Save the View, seeks to put a hold on that to allow residents to decide the site’s future.

“Whatever happens with the redevelopment plan, we do not want to lose the view of the Androscoggin River,” said an owner of nearby 207 Edibles and a group member Lorelei Hilliker. “We don’t want a four-story apartment building come up there like an eyesore. It takes away all the beauty of that space and the attraction.”

Over the past year, town officials have been working toward inviting mixed-use development into that space and hired Acorn Engineering and Aceto Landscape Architects to create redevelopment renderings for the former mill site.

Lisbon residents were invited to complete a survey in August 2020, picking from three potential development scenarios developed by the two private firms to facilitate deeper and more meaningful public input.

“The town has made a few minuscule efforts to include residents in the decision-making process,” said Hilliker. “The survey covered only 306 people out of 10,000 residents in the town. The town officials did not send any direct mails to the residents informing about the survey.”

Hilliker added that many people are not aware of the town council’s decision to move forward with major development plans.

“They posted about the survey on the town’s Facebook page,” she said. “How many people use social media, especially Facebook. People had no clue about what was going on.”

Some business owners said the town would be better served if the property became a community green space that allows for public events, such as food truck festivals and concerts that bring crowds to Lisbon each year.

This summer, Moxie Car Nights have been held in a the waterfront parking lot and routinely draw over 100 antique and classic cars along with food trucks and music, said Hilliker.

According to Richardson, all three development scenarios include over 3 acres of community green space in addition to parking and the buildings.

“The conceptual green space is twice the size of Lisbon’s current community green space in the Lisbon Falls at the MTM Center,” said Richardson

Toby Conroy, a plant manager of the Sausage Kitchen on Main Street and a member of Save the View, said that several local businesses have been beneficiaries of the river view that opened up when the mill was torn down and are embracing the opportunity. He worries business will suffer if that view gets cut off.

Conroy said his business dropped by 40% in the past few months since the town council decided to close lower Main Street Route 196 and Union Street to vehicles in Summer to draw more foot traffic and encourage outdoor dining.

“Majority of our customers come from outside Lisbon, and it makes it difficult for them to navigate around with the side streets and speed bumps,” said Conroy. “The town’s decision to go ahead with developing apartment complexes will not help anybody. It’s not going to increase the economic bracket in the town. Kelly Park is a great example.”

“The community visioning process is not complete yet,” Richardson said. “We have not made any final decisions regarding specific plans for the redevelopment of the former mill site. I have not had the opportunity to connect with the organizers of this group. However, the town staff strives to provide transparent opportunities for input.”

He added the ongoing community dialogue would continue to be important as the visioning process moves forward.

Comments are not available on this story. 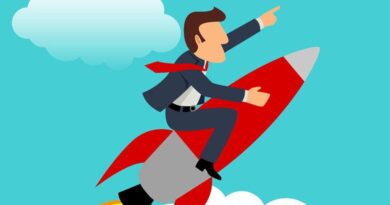 What’s Next for Trump? The Family Business Awaits His Return – The New York Times 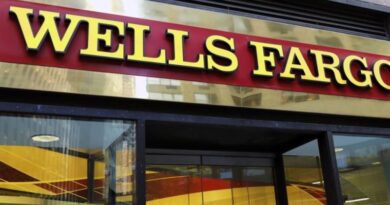