Cmdr. Clayton Engebretsen knew he wanted to fly since he was young, and he flew all over the world for the U.S. Navy during World War II.

The South Whidbey resident will be featured in the Oak Harbor Area Navy League’s virtual Veterans Day program broadcast on television and social media on Nov. 11.

At 98 years old, the war veteran said flying is something he’ll never forget how to do.

“I feel like I could go crawl in the cockpit and go. You don’t forget those things,” Engebretsen said.

Engebretsen flew the Douglas C-54 Skymaster, a four-engine transport aircraft, also referred to as the R5D by the Navy. He flew in the Pacific theater, and even went as far as Athens, Greece and the Aleutian Islands of Alaska, hauling critical supplies and mail.

“Mail was very important in those days,” he said, explaining that the letters from home were cherished by the men who received them.

Engebretsen said he mainly flew at night using celestial navigation. He also evacuated casualties, including survivors of the Bataan Death March in the Philippines in 1942. The Japanese military forced almost 80,000 Filipino and U.S. troops to march for more than 60 miles, many of them starving and injured, according to the Naval History and Heritage Command.

Many were beaten and those who could not endure the march were killed. After they were liberated, Engebretsen flew about 40 survivors from Guam to Honolulu, Hawaii.

“I consider it quite an honor to have done that,” he said.

He was 24 years old when the war ended, and he served for more than 20 years in the reserves. He later became a ninth-grade science teacher and taught for almost three decades in Seattle.

“I liked to teach and work with young people,” he said.

After retiring from his career in teaching, Engebretsen built his current house in Freeland.

He’s been an active member of the South Whidbey Lions Club and has raised more than $5,000 by making birdhouses. Engebretsen began making the avian apartments for his great-grandchildren when people spending more time at home during the beginning of the COVID-19 pandemic.

He uses driftwood from beach outside of his home, former fence boards and license plates to make his creations. He’s even made one with a log cabin facade by using an old broomstick. Engebretsen said he had made 275 birdhouses that sell for $20 each.

He’s also branched out into wooden flower beds. The proceeds were donated to the South Whidbey Lions Club for its sight and hearing programs, as well as a local food bank.

When asked if he felt like it had been 75 years since the war’s end, Engebretsen laughed and said it felt like the years had flown by.

“A lot of it is still very vivid in my mind,” he said, recalling memories of landing on tiny islands in the Pacific that were just a mile long.

Organizations interested in hosting the virtual program on their social media accounts can contact Kelly Davidson who is helping orchestrate the event at kelly@wallinfuneralhome.com. 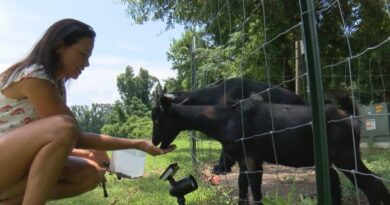 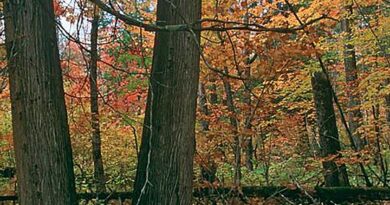