Moving between internships and entry-level jobs in her 20s, Grazia fashion director Kenya Hunt felt isolated. She noticed many of her peers in fashion had networks, but she didn’t. “Fashion is so relationship-driven. You have a history of people hiring who they know and no history of hiring from more diverse pools, which contributes to a culture that can feel insular and homogenous,” she says. “Sometimes jobs are filled before you even apply.”

Hunt founded Room Mentoring for Black, Asian, Muslim and marginalised groups in 2015 to create a formal mentoring programme she says she lacked in her early career. “I had women in my life who acted as unofficial mentors and I felt so indebted to them.”

Grassroots organisations like Room Mentoring, Mentoring Matters and Raise Fashion are among a recent wave of mentoring programmes, spurred by Black Lives Matter, that focus on redressing the racial balance in fashion. “We want to make space for candidates from Black, Asian and Minority Ethnic backgrounds that should always have been there,” says Mentoring Matters founder Laura Edwards, a design director who has worked with Christopher Kane and Alexander McQueen.

Designed to foster personal relationships between individual mentors and mentees who may not ordinarily meet or work together, the organisations aim to help marginalised groups succeed in fashion. Mark Kaplan, chief diversity and inclusion officer for The Dagoba Group Consultancy, accredits the recent rise of structured mentorship programmes to fashion’s new focus on systemic actions to address racial inequality. He says they address systemic bias by removing the affinity bias at play in less formal mentoring relationships. But to reach their potential, these programmes need brand buy-in to penetrate internal working relationships. Some are launching initiatives of their own.

The biggest deficits Black people in fashion face are access, mentorship, capital and visibility, according to Brandice Daniel, founder of New York-based Harlem’s Fashion Row. “Any brand or retailer wanting to help needs those four components to be included. It’s not a quick fix. Make a commitment on a par with the amount of time Black designers have been locked out of the industry.”

Both Room and Mentoring Matters offer professional advice through one-on-one sessions, with occasional guest speakers. Mentoring Matters now has 34 mentors and 60 mentees, aged between 18 and 27, and a waiting list of 400. Due to Covid-19, these sessions take place over Zoom; Room has added more group sessions for emotional support as job offers dry up and workplace racism is called out. With interest growing since June, Hunt has also created formal sub-groups for specific job roles, alongside written resources about mechanisms that silently reinforce racism, like pay rates and contracts.

Hikmat Mohammed, fashion assistant at The Telegraph, who joined Room when he worked with Hunt at Elle, says it offers a safe space outside of work and a feeling of community. “It has been really helpful during Covid-19. A lot of people were calling out their workplaces and needed an outside perspective,” says designer Bianca Saunders, who just became a mentor for the first time with Room Mentoring, and has been a mentee since 2018. “I love seeing our mentees lift as they climb,” says Hunt.

Stylist Francesca Burns was introduced to Mentoring Matters through a friend, fashion editor Julia Sarr-Jamois. She hopes to help her mentees into paid roles, overcoming the early career barriers created by unpaid internships. “Being able to work for free is a privilege. It is also exploitation and to truly build equal opportunity you have to value every person on your team regardless of their background or experience,” she says.

Rebecca Osei-Baidoo, who has worked as a buyer for Selfridges, Tsum and Browns Fashion, has two mentees at the organisation. “Fashion isn’t as transparent as other industries, so it’s not always obvious what roles are available,” she says. She wishes something like this had existed when she entered the industry. “I’m mixed race. When I started, there was no-one that looked like me in senior positions.”

Beyond individual mentors, Mentoring Matters is working to establish brand partnerships, coupling their own aims with businesses intent on diversifying their workforce. Bleach London and London-based designer Molly Goddard have signed up. “It is easy to take the knowledge and confidence you have a few years into your career for granted,” says Goddard, who is offering a three-month internship in either sales and marketing or production and development, paid at the London Living Wage. Those departments were chosen specifically to offer experiences that entail technical skills without requiring fixed prior experience or a fashion education.

Other brands are starting internal schemes. Peter Baldaszti, CEO of Budapest-based brand Nanushka, says mentoring provided a way for the brand to diversify and educate its team while promoting inclusion and offering financial support. At present, over 90 per cent of its team is white. Through its inaugural mentoring programme, two winning applicants will have their designs produced as part of Nanushka’s Autumn/Winter 2021 collection and will receive 20 per cent of the resulting sales. While the sales figures are difficult to predict, Baldaszti estimates that each mentee could receive between £1,000 and £10,000. “We hope they can use this money for further study or to start their own business,” says founder Sandra Sandor.

Harlem’s Fashion Row’s Daniel acted as an advisor on Elevate, a new incubation programme developed by personal styling with e-commerce platform Stitch Fix. While several retailers have signed up for initiatives such as the 15 Percent Pledge, the Federal Reserve Bank of New York announced in August that Black-owned businesses were twice as likely to shutter due to Covid-19. Elevate hopes to address that, offering five Black, Indigenous and People of Colour (BIPOC) entrepreneurs a $25,000 grant, access to Stitch Fix data tools, ongoing support from the algorithms team, amplification on Stitch Fix marketing channels and the chance to be sold on Stitch Fix alongside mentoring.

Daniel says the funding is crucial to amplify the impact of mentoring, although this applies more to entrepreneurs than individuals. “Black designers, like most Black entrepreneurs, have been so grossly underfunded,” she explains. “If a designer doesn’t have the finances to execute the plan you help them put in place, you haven’t made any real progress.”

Mentoring as part of a broader diversity and inclusion strategy

As well as embracing mentoring, Edwards of Mentoring Matters would like to see businesses reflect on their internal culture and address the barriers to long-term inclusion. “Why aren’t people being promoted into executive positions, what is the ethnicity breakdown in your company and, if people of colour aren’t applying for roles with you, then why don’t they see your business as a good opportunity or choice for them?” she asks. “We need accountability now.”

“It’s easier to measure the impact of formal mentoring than informal,” adds Dagoba’s Kaplan, who adds brands’ focus should be on helping all staff, particularly leaders and managers, to build relationships across differences and create development opportunities.

Several major fashion brands have partnered with Hive Diversity, a new app hoping to diversify the recruitment process and provide applicants with workplace inclusion training in tandem. The goal is to build an inclusive space by working with the recruitment partner, according to Jaryn Bloom, group president at Michael Kors. At Steve Madden, connecting with diverse candidates is one piece of a broader inclusion strategy, says group president Liz Rodbell, that includes mentorship, a diversity council and employee resource groups designed to retain diverse talent once hired.

“Change requires skill development across the organisation, not just the excluded groups,” says Kaplan. “The biggest mistake is not to have mentoring be part of a larger strategy.”

To receive the Vogue Business newsletter, sign up here.

More from this author:

The UK watchdog is tackling greenwashing. Will others?

Allbirds: Does the world need another T-shirt? 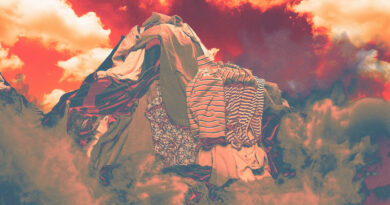 4 simple ways to curb our disastrous addiction to fast fashion After the pandemic, we need – Fast Company