When Bryce Monkivitch was 25, his family sent him to China to work in his uncle’s factory. That adventure didn’t turn out as planned. “He thought I was too immature and said, ‘Go home and get an education,’” Monkivitch recalls.

Monkivitch was hurt and disappointed. “It was a huge knock to my ego,” he says.

But Monkivitch, who lives in Queensland, Australia, realized his uncle meant to help him and decided to get practical. He enrolled in accounting classes at TAFE Queensland. Six months into studying, however, he gave in to the temptation to start a business selling dog hats online through Facebook and Instagram. He had found a supplier for the hats through Alibaba, the online marketplace.

Sales took off, thanks to the pictures he posted of the pooches in their cute headgear. He’d soon ventured into selling trendy clothing to teens and young women, creating an online store on the platform Shopify using $5,000 he saved from doing freelance concrete work. That was in March 2018.

That business, Sincere Sally, now brings in the equivalent of more than USD $1 million annually. Monkivitch, 30, runs it with his sister, Joy. They sell their apparel in both the Australian market and the U.S. The store competes with brands such as Nasty Gal, Fashion Nova and Princess Polly.

Monkivitch is part of a trend that keeps on growing and is becoming increasingly global—the growth of million-dollar, one- and two-person businesses and partnerships.

I was not able to find an exact equivalent to this data in Australia, but to give you some context, 62% of the 2.3 million small businesses in 2019 were “sole traders” —a category similar to nonemployer firms. Among this 2.3 million, 34% bring in revenue from $200,000 to less than $2 million, according to the Australian Small Business and Family Enterprise Ombudsman.

So how has Monkivitch been able to succeed so quickly? Here were some of his growth strategies.

Embrace mobile apps. Monkivitch, who learned coding growing up, built an app—similar to a bot—that starts conversations with people on Facebook and Instagram. It talks with them about what styles they like and gives them offers and discount codes to attract them to his shop. Once he started using it, he says, “it was selling huge quantities.”

Build strong relationships with suppliers. With only a small amount of startup capital, Monkivitch hunted for a factory that was willing to take on some of the risk of making clothes before he sold them. That was critical to getting off to a strong start. “If we got an order, they would go and fill the order,” he says. “They would have the stock there.” As the company grew, that changed and he began stocking up on his own inventory.

Learn to love online marketing. Monkivitch taught himself how to use paid Facebook ads to spread the word. Knowing his way around the platform has come in handy, with ads getting more expensive and merchants competing with the Australian government for ads. “You have to learn pretty quickly,” he says.

Monkivitch spent last year traveling around the globe with other young entrepreneurs and influencers involved in online selling. “Hanging out with them and people who are really engaged in marketing has helped me to become much better,” he says. “I’m pretty much obsessed with marketing. It’s pretty much all I do every day—figuring out more effective marketing techniques.”

Tap the power of micro-influencers. Through his app, Monkivitch works with individuals, known as micro-influencers, who start conversations on Instagram with potential customers. The micro-influencers are given a discount code they can place on their own Instagram account, so the company can track sales they drive and pay them a commission.

With many micro-influencers based in the Philippines, Monkivitch has traveled there to offer training. “We’re building communities there,” he says. “That’s also why we’re getting rapid growth.”

Team up. For the first two years, Monkivitch ran the business solo. Then he joined forces with his sister Joy. And she was also in the same age group as his target customers and up on the latest fashions. “My sister was intrigued by it,” he says.

With his store thriving, Monkivitch is glad his uncle encouraged him to “quit mucking around” and get serious about this direction in life. When COVID hit, Monkivitch expected business to be a nightmare. To his great surprise, when stimulus money started flowing, many of customers spent it on new clothes at his store. “Our sales went through the roof,” he says. Fortunately, he’s got the accounting skills to keep track of it all. 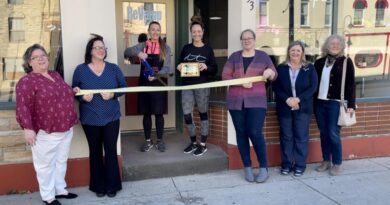 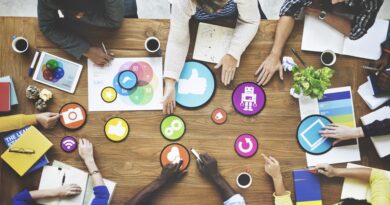 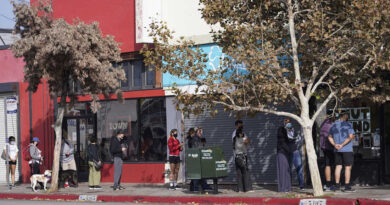