NEW YORK (AP) — The 68-team NCAA Tournament field has been selected, and Gonzaga is the top overall seed.

Gonzaga is trying to become the first team since the 1976 Indiana Hoosiers to finish a season undefeated. The other top seeds are Baylor, Illinois and Michigan in the tournament, which will be held entirely in the Indianapolis area.

Kansas and Virginia, two programs hit with COVID-19 breakouts over the past week, made it into the bracket released Sunday by the NCAA selection committee, signaling both teams believe they’ll have enough healthy players to be ready for their tip-offs next weekend.

The first game of the NCAA Tournament’s First Four will be between SWAC champion Texas Southern and Northeast Conference champ Mount St. Mary’s on Thursday at 5:10 p.m. Eastern at Indiana’s Assembly Hall in Bloomington. The First Four’s main event featuring UCLA and Michigan State is slated to tipoff at 9:57 p.m. at Purdue’s Mackey Arena in West Lafayette, Indiana.

NEW ORLEANS (AP) — Saints quarterback Drew Brees, the NFL’s leader in career completions and yards passing, has decided to retire after 20 NFL seasons, including his last 15 with New Orleans.

The decision comes after the 42-year-old quarterback won nine of 12 regular-season starts while completing 70.5% of his passes in 2020, and then won a wild-card round playoff game before New Orleans’ season ended with a divisional-round loss to eventual Super Bowl champion Tampa Bay.

Brees is the NFL’s all-time leader in yards passing with 80,358, although that mark will be under threat next season by 44-year-old Tom Brady, who has 79,204 career yards passing. Brees’ 571 career touchdown passes rank second behind Brady’s 581.

NEW YORK (AP) — An NBA-record five players had triple-doubles Saturday, including former MVPs Giannis Antetokounmpo of Milwaukee and Russell Westbrook of Washington in the same game.

All-Stars Brooklyn’s James Harden, the Knicks’ Julius Randle and Indiana’s Domantas Sabonis also had triple-doubles in victories by their teams.

PHILADELPHIA (AP) — Philadelphia 76ers star center Joel Embiid has a bone bruise on his left knee and will miss an undermined amount of time, according to a person with knowledge of the injury.

Embiid did not suffer any structural damage to his knee. The person spoke on condition of anonymity Saturday because the severity of the injury had not been announced.

Embiid was injured in the Sixers’ win Friday over Washington. Embiid landed awkwardly after a dunk on his left leg , his knee joint appearing to bend slightly forward.

BUFFALO, N.Y. (AP) — Buffalo Sabres captain Jack Eichel is out indefinitely with an upper-body injury that is not yet considered season-ending.

Coach Ralph Krueger on Saturday was unable to provide a fixed timetable except to say Eichel is “out for the foreseeable future.”

Krueger added: “An injury of this nature needs more assessment and more time.”

The update came after Eichel traveled to see a specialist over the past two days to further determine the severity of the injury.

PONTE VEDRA BEACH, Fla. (AP) — Justin Thomas found the right time for a near-perfect performance, rallying from three shots behind with bold play to close with a 4-under 68 and win The Players Championship on Sunday.

Thomas becomes only the fourth player to win a major, The Players Championship, the FedEx Cup and a World Golf Championship, and it couldn’t have come at a better time.

He called it as good as he has ever played tee-to-green, and he needed it to outlast Lee Westwood, a hard-luck runner-up for the second straight week. Westwood birdied the final hole for a 72 to finish one shot behind.

The world’s No. 1 player backed out at the last minute in 2016 for Rio de Janeiro, and he wasn’t planning on going to Tokyo last year before the COVID-19 pandemic led to a postponement.

Johnson says the golf schedule is too busy around the Olympics. A year ago, he talked about wanting to stay fresh for the FedEx Cup. Johnson won the $15 million prize for the first time.

AVONDALE, Ariz. (AP) — Martin Truex Jr. pulled away in the final laps Sunday at Phoenix Raceway for his first NASCAR Cup Series victory of the season and 28th overall.

Truex beat the four championship finalists from last year. He had failed to advance into the season-ending finale for the first time in four years and could only watch as Chase Elliott beat Joey Logano, Denny Hamlin and Brad Keselowski for the title at the desert oval.

All four tailed Truex across the finish line.

Cindric won again on the track where he captured his first NASCAR Xfinity Series championship in November.

Ty Gibbs, the 18-year-old who won in his first Xfinity start on the road course at Daytona last month, was second after starting 27th.

Pete Kaiser scratched Saturday morning at the checkpoint in McGrath. He has 10 dogs in harness. He said they had picked up a bug along the trail and they were not doing well by the time they reached McGrath. He said they could have finished, but he didn’t feel they were competitive.

In 2019, Kaiser became the fifth Alaska Native and the first Yupik to win the world’s most famous sled dog race.

Marvin Hagler, the middleweight boxing great whose title reign and career ended with a split-decision loss to “Sugar” Ray Leonard in 1987, died Saturday. He was 66.

The fierce left-hander had two of his biggest victories at Caesars Palace, unanimously outpointing Roberto Duran in 1983 and knocking out Thomas Hearns in the third round in 1985.

LONDON (AP) — Murray Walker, the voice of Formula One as a commentator on British television with a high-octane style, has died. He was 97.

The British Racing Drivers’ Club announced Walker’s death on Saturday but did not provide a cause.

Walker’s broadcasting career spanned more than 50 years, working for the BBC and ITV before he retired from commentating in 2001. 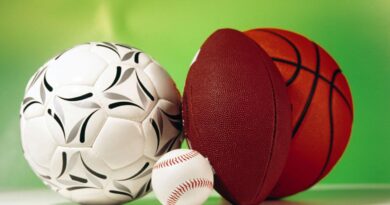 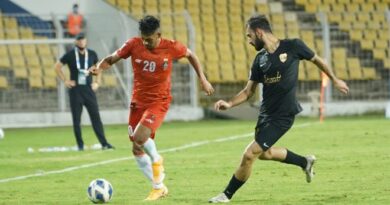 In sports stadiums worldwide, COVID-19 quiets the roar of the crowd – News-Leader