Two puppies originally from Walker County will be featured in this year’s Puppy Bowl on Animal Planet.

Prior to the Kansas City Chiefs and Tampa Bay Buccaneers facing off in this year’s Super Bowl on Sunday, Animal Planet is hosting its annual Puppy Bowl to showcase animal rescues and adoptable dogs across the country.

Walker County nonprofit Rescuers United For Furbabies will have two alumnae of the animal rescue featured in this year’s Puppy Bowl XVII.

“This will be the first time that one of our dogs has appeared on national television, so we are super excited,” RUFF co-founder Kara Jones told the Daily Mountain Eagle on Monday.

The two dogs to be featured, Mary Ann and Tina, traveled from Walker County to Operation Paws for Homes in Virginia, where they have since been adopted.

“We have been working with them (Operation Paws for Homes) for a few years now, and we have created lasting relationships with the fosters, adopters, and coordinators with the group,” Jones said.

While Tina and Mary Ann have been adopted, some of the 70 puppies to be featured during the Puppy Bowl are still looking for forever homes, and Animal Planet will share details during the television special about how those dogs can be adopted.

Mary Ann, a boxer/American Staffordshire terrier, came from RUFF’s “Gilligan’s Island” litter that was pulled from the Walker County Humane and Adoption Center. She and her littermates had worms, mange and other medical issues, and RUFF stepped in to help.

“When we got home from the shelter, Mary Ann instantly ran up to me. She was always the center of attention,” Lewis said.

Jones refers to Mary Ann as always being the “star of the show,” adding, “We are very excited that she is getting the chance to show her personality on national television.”

Tina’s start was a bit different than Mary Ann’s. Tina, a chihuahua/American Staffordshire terrier, was born in a RUFF foster home, and her mother was originally surrendered to the Walker County Humane and Adoption Center.

RUFF foster Stephanie Taylor helped Tina’s mom birth her puppies, and the mother and her litter were all later transported to Operation Paws for Homes.

“They were in an OPH foster for a few more weeks before they could be placed in a forever home,” Jones said. “While we do not know much about Tina’s personality, if she is anything like her mama, she is a sweet, loving companion.”

Mary Ann will be on Team Fluff in the Puppy Bowl, while Tina will be part of Team Ruff.

The Puppy Bowl will air on Sunday, Feb. 7, at 1 p.m. on Animal Planet, and the special can also be streamed on discovery+.

“Puppy Bowl celebrates adoptable pups in all their cuteness and showcases the incredible shelters and rescues, as well as their staffers, who dedicate their lives to helping animals find their loving homes,” a statement on Discovery Channel’s website reads. “This year, 22 shelters and rescues from nine northeastern states are enlisted.”

A total of seven puppies from Operation Paws for Homes will be featured.

Jones said RUFF is gearing up for a productive year of rescue.

“This year, as always, helping as many dogs as we can, responsibly, is our goal. We also hope to continue to educate the general public on the importance of spaying/neutering their pets,” she said.

RUFF leaders are also working to come up with an alternative to their annual FurBall, which is the nonprofit’s largest fundraising event of the year.

“We are looking into a socially distanced, masked event that will take place outside where we can keep our guests as safe as possible while still raising money for our furry friends,” Jone said. “We should have concrete plans within the next couple of weeks, and we hope the public can join us.” 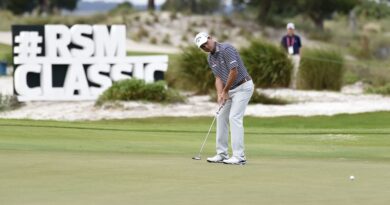 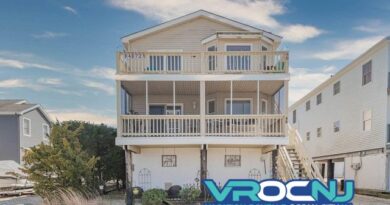