President Donald Trump’s administration yesterday finalized a controversial rule that would make it more difficult for the U.S. Environmental Protection Agency (EPA) to use major health studies to guide pollution regulations. But the new rule—which has been fiercely opposed by the scientific community—could have a short life. The apparent victory by Democrats yesterday in two Senate races in Georgia is expected to give the party control of the U.S. Senate, and lawmakers could use a rarely invoked law to revoke the rule by a simple majority vote.

Health scientists have warned that the new EPA policy, which has been under development for years and takes effect today, will interfere with current and future research if it stays in place. It would require EPA scientists and rulemakers in many cases to discount studies in which the underlying data aren’t available for outside scrutiny. Although a study could be exempted from the requirement, that would require the approval of the EPA administrator.

Current EPA Administrator Andrew Wheeler touted the move as a victory for scientific transparency at an event yesterday hosted by the Competitive Enterprise Institute, a libertarian think tank frequently critical of environmental regulations.

“What this new rule will do, undoubtedly, is provide the transparency needed to allow the public the opportunity to check our work,” Wheeler says. “Transparency is a defense of, not an attack on, important work done by our career scientists here at EPA, along with their colleagues at research institutions.”

He also said critics had mistakenly claimed the new rule would amount to a ban on vital studies. The rule allows EPA to use health data that have been stripped of personally identifying information or, in some cases, access to the data could be restricted, Wheeler suggested. In cases where the data still can’t be made available—for example, if a study is old—agency officials could give the research “lesser consideration” or waive the data requirement, according to a draft of the rule, to be published Wednesday.

A number of public health scientists and science organizations, however, denounced the rules as unnecessary meddling designed to stymie scientific research and its use to set pollution limits.

The new rule “severely undermines the use of science in making informed decisions,” said Sudip Parikh, CEO of AAAS (publisher of ScienceInsider), in a prepared statement. “This rule will enable the exclusion of highly relevant scientific evidence from the policymaking process.”

The chief concern revolves around epidemiological studies that rely on personal and medical data from people to tease out the potential effects of pollution such as airborne soot or pesticides. Such studies are often critical for EPA decisions about what levels of pollution are acceptable, or whether a chemical should be banned. Health problems can be subtle and take years to show up, requiring large, long-term data sets. Use of controlled lab experiments are limited by concerns over intentionally exposing study participants to hazardous chemicals.

The new regulation would apply to studies used to determine a “dose response”—that is, what level of exposure to a pollutant triggers a health effect. The final number adopted by EPA can have significant implications for people’s health, as well as polluting industries, and is frequently a major source of debate and lawsuits.

This new rule could stymie current and future research by making it harder to find people willing to participate in studies, and making it more costly to store research data, says John Balmes, a pulmonologist at the University of California, San Francisco, who studies the health effects of air pollution. He is now tracking the health of 400 children in the city of Fresno to see whether air pollution influences the likelihood that children develop the precursors for metabolic syndrome, a condition that increases the risk of heart attacks and strokes.

His study includes many children who are Black or Latino, some of whose families are undocumented. Balmes worries that as he seeks more people to take part in the study, people already suspicious of the government will refuse to take part if he must tell them their information might be made public or shared with the government. “That would be a major impediment to recruitment,” he says.

Others warn the new rule will be used by polluters to demand a scientist’s data, then conduct skewed analyses designed to undermine the findings. “Past history has shown that when vested interests have gotten a hold of the data, they then manipulate them to undermine the original research inappropriately,” says George Thurston, an environmental health scientist at the New York University School of Medicine who for decades has studied the health effects of air pollution.

Not all scientists, however, are critical. John Graham, a risk analysis expert at Indiana University, Bloomington, and the newly appointed chair of EPA’s advisory board of outside scientific experts, says the final regulation is more flexible than the initial proposal, and should be able to accommodate data privacy. He attributed the pushback to the rule partly to EPA’s failure to bring scientists in to discuss their concerns. “The problem with this initiative and the Trump administration is they never had appropriate or serious outreach to the scientific community,” says Graham, who headed the White House Office of Information and Regulatory Affairs under former President George W. Bush.

The regulations drew a mixed response on Capitol Hill. Representative Frank Lucas (OK), the top Republican on the House of Representatives science committee, welcomed the new rule, saying it “takes the first steps towards greater trust and accountability in EPA’s decision-making that impacts all Americans.”

But Representative Paul Tonko (D–NY) said he would work with the new Congress and the incoming administration of President-elect Joe Biden “to reverse this corrupt rulemaking and restore the principles of science and public health at America’s Environmental Protection Agency.”

Assuming Democrats take control of the Senate, many observers believe they could use the Congressional Review Act (CRA) to revoke the rule. It allows Congress to cancel recent rules by a simple majority vote of both the Senate and the House, and the agreement of the sitting president. Because Democrats would control the House, Senate, and White House, they are expected to use the CRA to attack a number of regulations adopted by the Trump administration since late August 2020. In his remarks yesterday, Wheeler suggested the new rule will not be subject to a CRA rollback for a variety of technical reasons, but that view is likely to be challenged. 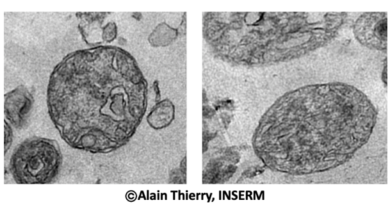 The Biggest Science News of 2020 – The Scientist 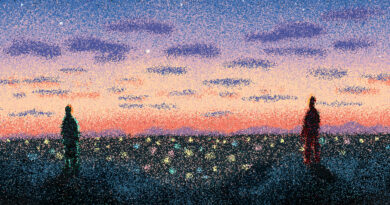 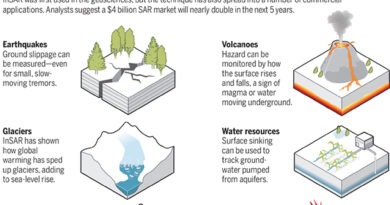