(Editor’s note: The March issue of  The Lane Report features our semi-annual list of the Top Women in Business. At lanereport.com, we’re shining the spotlight on one of the honorees each day. Day 7: Rebecca Fleischaker, co-chief of Louisville Forward.)

Our occasional feature, Top Women in Business, highlights some of the women in and around Kentucky who are making an impact in business, the professions, politics and economic development. The intent is to recognize not the household names, but those in key roles whose work ethic and body of work are making important contributions to commerce—and life—in the area.

The 12 women featured in this issue are among the many such women The Lane Report editorial board has identified. From automotive manufacturing plant president to hospital executive, and economic development director to law firm leader, these women are forging their own paths, proving that hard work, perseverance and creativity pay off. And for the first time in this series, we’re shining a spotlight on some of Kentucky’s top female television personalities, offering a glimpse behind the camera.

Rebecca Fleischaker was named co-chief of Louisville Forward and director of the city’s department of economic development in December of 2020. She has worked for Louisville Metro Government for more than 20 years.

Title/company: I am co-chief of Louisville Forward and director of the department of economic development. In those roles, I oversee the city’s business retention, expansion and attraction efforts for businesses of all sizes in Louisville, as well as workforce development and talent attraction efforts. Additionally, I work with my co-chief, Jeff O’Brien, on projects and challenges that impact the broader community, including increasing our focus on creating wealth-building opportunities and increased accessibility, specifically for Black and Brown residents.

Previous positions: Before assuming the dual roles of co-chief and director, I rose up through the Department of Economic Development as economic development coordinator, business ombudsman, assistant director and deputy director. I started my career with the city in the mayor’s communications office.

Education/training: Bachelor of Arts in psychology with minors in French and political science from Miami University and a master’s degree in policy and public administration from the Martin School at the University of Kentucky.

Top accomplishment: Creating and standing up a small-business grant program in 10 days and developing a process to grant $27 million to businesses that have suffered from the COVID-19 pandemic is one of my proudest accomplishments.

The person(s) who most influenced or mentored me: I was influenced by my grandmother before I really even knew it. She was very progressive, opinionated and outspoken, which was awesome to see as a young girl. As I grew older, I learned more about her involvement in Louisville’s social policies and programs – she got involved with the civil rights movement by joining the Louisville chapter of the National Council of Jewish Women; she was chairwoman of the Public Accommodations Committee of the Louisville Human Relations Commission, which was instrumental in bringing about passage of the city’s first ordinance barring discrimination; and she helped to organize and served as the first chairwoman of the Louisville Women’s Committee for Civil Rights in 1963. She taught me that if you care about your city and the people in it, you can work to make it a better place for everyone.

My advice to younger women in business: Listen to your gut; it is your best guide. If you find a job or a role that excites you, work hard at it and opportunities will present themselves.

I’m inspired by: I am at my best when I am helping someone. My impetus for wanting to work for local government was to show that while government doesn’t always get a good rap, it also can do good work and be a good experience. When I’m able to provide an answer or connect someone to a resource or tool, I am motivated to continue doing the good work.

One important skill you think everyone should have: Everyone should be a good listener. Know when it’s time to close your own mouth and hear what’s important to people around you. It seems basic, but it is not always easy.

A song from my childhood/ teenage years that I still rock out to when no one else is around: I’m an ‘80s girl and still love old-school Madonna and The Go-Go’s. 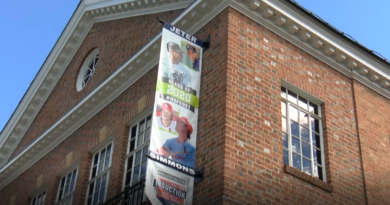 Business in Cooperstown a Year After Hall of Fame Induction is Cancelled – WUTR/WFXV – CNYhomepage.com 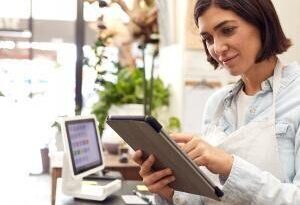