The College Football Playoff announced Thursday that it will consider expanding from four to 12 teams to settle the national championship, with six spots reserved for the highest-ranked conference champions and the other six going to at-large selections.

The CFP’s surprising announcement outlined a plan that would triple the number teams that enter the postseason with a chance to win it all.

Even if the format is adopted — no earlier than this fall — there was no indication in the proposal about when an expanded playoff could be in place. The soonest would seem to be for the 2023 season, but it is probably more likely to be after the 2026 season.

NOVI, Mich. (AP) — One of legendary University of Michigan football coach Bo Schembechler’s sons and two of his former players described in detail Thursday how they were molested by the team’s longtime doctor and how Schembechler turned a blind eye when they told him about the abuse, telling one to “toughen up” and punching his son in anger.

Matt Schembechler, 62, and former Wolverines players Daniel Kwiatkowski and Gilvanni Johnson told similar stories about how Dr. Robert E. Anderson, who died in 2008, molested and digitally penetrated them during physical exams decades ago.

They also talked about how Bo Schembechler, a Michigan icon whose statue stands outside a university building that bears his name, refused to protect them and allowed Anderson to continue abusing players and other patients for years.

PHOENIX (AP) — The Arizona Diamondbacks shook up their coaching staff in an effort to stabilize their season.

D-backs manager Torey Lovullo fired hitting coach Darnell Coles and assistant hitting coach Eric Hinske on Thursday with the team struggling to score runs and mired in a 5-30 stretch dating back to May 4.

Arizona started the season 15-13 but now has a majors-worst 20-43 record. The D-backs have lost a franchise-record 19 straight road games.

The 43-year-old Larsen, a former NHL forward who has been an assistant coach with the Blue Jackets for the past seven seasons, agreed to a three-year contract through the 2023-24 season, general manager Jarmo Kekalainen said.

A McDavid win would make the Oilers the first team with different Hart Trophy winners in consecutive seasons since the Boston Bruins in 1968-69 (Phil Esposito) and 1969-70 (Bobby Orr).

Colorado’s Cale Makar is a finalist for the Norris Trophy as the league’s best defenseman. Reigning playoff MVP Victor Hedman of the defending Stanley Cup champion Tampa Bay Lightning and Adam Fox of the New York Rangers are the other Norris finalists.

Avalanche goaltender Philipp Grubauer is a finalist for the Vezina Trophy along with Vegas’ Marc-Andre Fleury and Tampa Bay’s Andrei Vasilevskiy.

Captains Mark Stone of the Golden Knights, Patrice Bergeron of the Bruins and Aleksander Barkov of the Panthers are finalists for the Selke Trophy for best defensive forward.

The Sooners had lacked a dominant pitcher heading into the series but Juarez answered the call, allowing one run on two hits in the decisive Game 3. Oklahoma won Game 2 6-2 behind Juarez, who went 5-0 at the World Series and was named Most Outstanding Player. She allowed four runs in 31 1/3 innings.

GENEVA (AP) — Brisbane could be officially named host of the 2032 Olympics when the IOC meets in Tokyo next month.

IOC president Thomas Bach said after an executive board meeting Thursday that Brisbane can be awarded hosting rights at a July 21 meeting ahead of the Tokyo Olympics.

The Australian city’s victory already looked certain after it was put on the fast track in February by being named the preferred candidate without a formal opponent.

The 55-year-old Postecoglou joins the Glasgow club from Yokohama F. Marinos in Japan.

Crosstown rival Rangers prevented Celtic from winning its 10th straight title this season, and Neil Lennon resigned as manager in February with the club a distant second.

FLORENCE, Italy (AP) — Norwegian youngster Jakob Ingebrigtsen broke a 21-year-old European record as he won the 5,000 meters at the Diamond League meeting at Florence on Thursday.

It was also a personal best for the 20-year-old Norwegian — who had never run the distance in under 13 minutes — as well as the world leading time this year.

U.S. District Judge Valerie E. Carponi ruled against a not-for-profit organization representing small businesses, saying a lawsuit had failed to provide proof that its members have suffered any injuries by the decision to move the game.

The lawsuit filed May 31 alleged that Major League Baseball acted unconstitutionally when it moved the game from the Atlanta Braves stadium to Denver after Georgia Republicans enacted a restrictive new voting law. 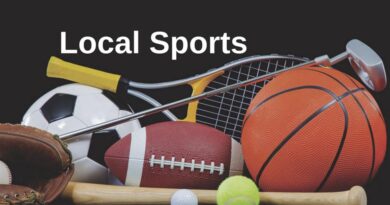 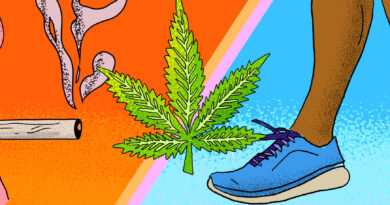