NEW YORK (AP) — Emma Raducanu and Leylah Fernandez are so similar in so many ways: They possess enviable quickness and anticipation. They take balls low to the ground and redirect them with ease. They love a big stage and a big moment. They don’t care how much better-known or more successful opponents are.

Raducanu, an 18-year-old from Britain who is ranked 150th, and Fernandez, a 19-year-old from Canada who is ranked 73rd, took wildly different paths to the championship match at Flushing Meadows on Thursday night. They’ll be back in Arthur Ashe Stadium on Saturday for the first major final between two teens since the 1999 U.S. Open, when Serena Williams, 17, defeated Martina Hingis, 18.

Raducanu became the first qualifier to reach a Grand Slam final in the professional era by overwhelming 17th-seeded Maria Sakkari 6-1, 6-4. Appearing in just her second major tournament, she won all 18 sets she has played in New York during three matches in qualifying rounds and six in the main draw.

With seats in a NFL stadium filled to full capacity for the first time since the start of the coronavirus pandemic, Ryan Succop won it with a 36-yard field goal with 2 seconds remaining. Brady set it up with a last-minute drive directed on the same field where the Bucs became the first team to play and win a Super Bowl in its home stadium seven months ago.

For Brady, a seven-time Super Bowl winner, it was the 300th regular-season start in a sparkling 22-year career — a record for a quarterback. The 44-year-old also joined Drew Brees as the only players to throw for 300-plus yards in a game 100 times.

Chris Godwin, Rob Gronkowski and Antonio Brown caught first-half touchdown passes for the Bucs, who extended their winning streak to nine games dating to last December. Brady’s second TD pass of the night to Gronkowski put the champs up 28-19. Succop’s field goal came after Greg Zuerlein put the Cowboys ahead with a 48-yarder with 1:24 to go.

Dak Prescott threw for 403 yards and three TDs for Dallas in his first game since suffering a severe injury ankle that ended his 2020 season after just five games. The sixth-year pro didn’t play in the preseason after straining his right shoulder early in training camp, and limitations on his throwing weren’t lifted until about two weeks before the opener.

Messi scored his goals in 153 caps for Argentina, while Pelé netted his 77 in 92 official matches for Brazil.

Both goals at the Monumental Stadium in Buenos Aires, in front of about 20,000 fans, were pieces of art by the six-time Ballon d’Or winner.

The first came in the 14th minute, with Messi moving the ball between a Bolivian defender’s legs and shooting from outside the box to the right of goalkeeper Carlos Lampe.

The second came in the 64th minute after he and striker Lautaro Martinez dazzled the Bolivian defense with a quick exchange of four passes. Messi still had time to dribble past one defender before scoring.

Messi completed his hat-trick in the 88th minute from close range after getting a rebound from Lampe.

Messi didn’t speak about the record after the match, but celebrated by lifting the Copa America trophy in front of home fans, who were allowed to attend after a 20-month pause caused by the COVID-19 pandemic.

Theodoros Zagorakis, who captained Greece to victory at the 2004 European Championship and made more than 100 appearances for his country, stepped down from his role as president of the Greek Football Federation on Thursday.

Greek soccer has been dogged for decades by fan violence and allegations of corruption, with previous top sports administrators also publicly blaming powerful club owners for the lack of reform.

“As long as some people consciously devalue Greek football, maintaining a toxic atmosphere, without reason and cause … the sport will shrink in the eyes of Greek fans. The only victim is football itself. Nothing else,” Zagorakis said in a statement. 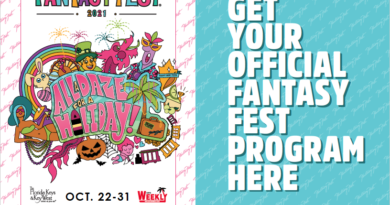 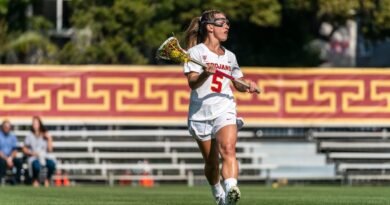