The season opens Oct. 12 with solo cellist Zlatomir Fung. The first American in nearly four decades and the youngest musician ever to win First Prize at the International Tchaikovsky Competition’s cello division, Fung was one of only three artists awarded the prestigious Avery Fisher Career Grant for 2020. He began playing cello at age three and is slated to make his highly anticipated Carnegie Hall debut on Oct. 19, seven days after his Thomasville appearance, so TEF patrons will see him first.

The season continues with the London-based gospel group, The Kingdom Choir, on Dec. 7, presenting a Christmas-themed program. The Kingdom Choir received worldwide attention following its performance at the royal wedding of Prince Harry and Megan Markle.

TEF brings the eight lush voices of the British vocal ensemble VOCES8 to Thomasville on Feb. 15. Sought after on their periodic global tours, the group’s a cappella performance will include musical works of the Renaissance period. Critics write of VOCES8’s impeccable vocal quality, tone, balance and versatility as they perform selections spanning more than 600 years of vocal expression.

The season fast forwards to Swingtime with The Jive Aces on March 22, with special guest dancers, The Hollywood Hotshots. Celebrated for their spectacular showmanship, their viral video “Bring Me Sunshine” and for being the first live band to reach the final rounds of Britain’s Got Talent, The Jive Aces promise an evening of smiles, toe-tapping and an all-around good time.

On April 12, a wind ensemble from the acclaimed Academy of St Martin in the Fields Chamber Orchestra will return to Thomasville in a featured role. In a rare venture for the venerable British chamber orchestra, the wind ensemble combines clarinet, bassoon, horn and oboe with piano in a brilliant interpretation of works by Brahms, Beethoven, Reinecke and Mozart.

In the season finale, acclaimed saxophonist Branford Marsalis returns to the TEF series with his jazz quartet on April 26.  After four decades in the international spotlight, Marsalis continues to astound audiences across the country and around the world. Marsalis’ 2013 duo performance with Joey Calderazzo was a highlight of TEF’s 75th anniversary season, and his return to Thomasville has been a frequent request of longtime patrons.

Due to the evolving nature of the corona virus pandemic and government recommendations, all scheduled events are subject to change. TEF is offering patrons a no-risk promise; in the event a concert is cancelled due to COVID-19, ticket purchasers will have several options, including receiving a full refund of their purchase price.

The Classics Series includes Zlatomir Fung, VOCES8 and Academy of St Martin in the Fields Wind Ensemble, while the Variations Series features The Kingdom Choir, Swingtime with The Jive Aces and An Evening with Branford Marsalis. The Complete Series encompasses the entire six-concert season.

Never miss a story:  Subscribe to the Tallahassee Democrat using the link at the top of the page. 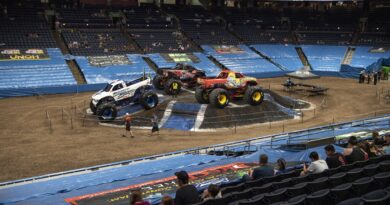 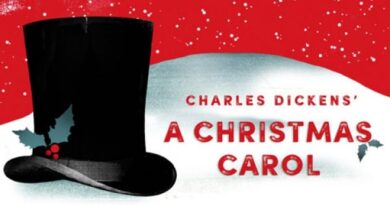