It seems as though Over the last two decades or so that we have developed an even more bloodthirsty dependency on violent entertainment.

Of course, there has always been violence in our entertainment since the invention of television, from the old western shootouts between the Lone Ranger and the outlaws, to the Looney Tunes where Elmer Fudd blows Daffy Duck’s beak off with a double-barreled shotgun.

However, there is something very unsettling about the violence that we are seeing in today’s entertainment. It’s like the creators are competing to see who can deliver the most graphic and grotesque violent scenes imaginable.

My teenage son and I often struggle to select a film to stream for our weekly movie night. It is a challenge to find a film without an uncomfortable amount of sex or violence. There are some movies or shows that we will not view due to excessive amounts of graphic violence that will make your stomach turn.

Keep in mind this is someone who is no stranger to violence.

Growing up in South-Central Los Angeles during the dreadful crack epidemic that some consider the most violent times in the city’s history should qualify me as one who is battle-tested and exposed to all sorts of violence. As I explained to my son, I’ve had several people very close to me killed by gun violence, so it’s not entertaining to me to see people getting shot on film.

It is not just the number of violent acts in today’s entertainment, it is how graphically bloody and detailed the violent acts are. It’s not enough for someone to get shot on film, we now have to see blood and brain matter flying off the screen. Even network television, which is supposed to be somewhat tamed and regulated, has taken a dark turn. Almost every prime-time drama involves either extreme violence or murder.

Is this what the public demands? Are we being desensitized by the competition between networks for viewers by displaying the most violent shows just for fan reaction?

There is also an increase in violence in sports. One of the most popular sports is the UFC, the Ultimate Fighting Championships, or MMA, Mixed Martial Arts. This is the gladiator arena type of fighting that involves very little padding, gloves and rules. It is simply a street fight brawl between two men or women who can punch, kick, elbow or choke each other into submission or unconsciousness. It is very common to see blood, broken bones and other serious physical injuries during these competitions.

The video game industry has become even more troubling. The extreme violent acts in certain video games are actually dictated and performed by the user. Give that some thought. You or your child are actually participating in these grotesque acts of violence in games such as “Grand Theft Auto” or “Call of Duty” as opposed to just watching such acts in a movie.

Unfortunately, much of today’s television programming is violent. According to the Journal of the American Academy of Child & Adolescent Psychiatry, hundreds of studies of the effects of TV violence on children and teenagers have found that children may become “immune” or numb to the horror of violence; gradually accept violence as a way to solve problems; imitate the violence they observe on television; and identify with certain characters, victims and/or victimizers.

Is this the only way to entertain ourselves? Are we now a society that thrives on violence? How different are we than in medieval times or when the Roman Empire would have gladiators fight to the death to entertain the royal and the wealthy? More importantly, how is this unprecedented exposure to violence affecting the human spirit? Is our entertainment simply a reflection of reality? Or is our reality a byproduct of what we have created?

Considering the alarming increase in violence in our inner cities, it is apparently becoming a regular part of our society. It’s safe to say that overexposure to violence in our entertainment is having an adverse effect on today’s youth culture.

Deon D. Price is an author and youth life skills coach who lives in Fairfield. He can be reached at [email protected] or www.deondprice.com. 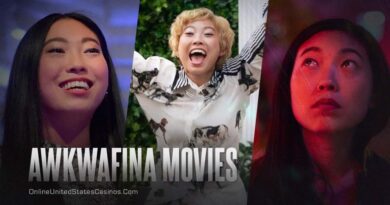 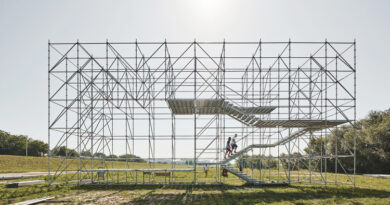