Fashion designers and luxury retailers have always had a complicated relationship with Black Friday.

The super sale extravaganza doesn’t always fit right (no pun intended) with companies that make $890 shoes and $3,700 dresses. The pandemic only focused the issue: It wreaked havoc on supply chains and delayed the delivery of many items, potentially telescoping the amount of time products would remain on shelves at full price before the holiday sales begin.

So back in May, designer Dries Van Noten and retailer Andrew Keith, now at Selfridge’s in London, convened a discussion over Zoom with other designers and chief executives to seize the moment to address long-needed change regarding when and how high-end clothes are delivered and discounted.

They came up with a series of suggestions and published an “Open Letter” to the industry calling on others to join their cause: to deliver clothes in season and keep them on sale at full price until after the holidays. Over 500 international retailers and designers signed on.

Yet here we are on Black Friday, and many of those signatories are conducting what look very much like sales as usual.

“Cyber Deals Up to 50% Off” blares a red banner on the Nordstrom site (Pete Nordstrom, co-president, signed the letter). There are also sales at Tory Burch, Bergdorf Goodman and the Webster, to name a few other brands whose executives were among the signatories.

So were the pledges of change a lot of style sound and fashion fury, signifying nothing? Is this corporate hypocrisy in a Santa costume?

Both Nordstrom and Bergdorf Goodman declined to comment on the question. However, independent boutiques and designers suggest it’s not quite discounts as usual this year. No brand or store wants to be the odd one out in a sea of slashed prices. But that does not mean these designer sales are exactly like the old designer sales.

Karen Murray, owner of New York boutique Fivestory, acknowledged that one of her colleagues did sign the Open Letter, because “the whole industry was hoping that things would slow down.” But, she said, she has to compete. And “as much as I wanted to hold off, in a world where others are extremely promotional, it is hard to stick to a nonpromotional schedule.”

However, she also pointed out that this year’s markdowns would be more limited in both depth and length than those in the more recent past. This time last year, for example, Black Friday was more like Black November, or Black November-Starting-in-October.

Now, “We try to follow the markdown cadence recommended by the brands and designers, but we watch the online sites like a hawk,” said Ms. Murray.

Mr. Van Noten, the designer, said he received no pushback when he asked his retail partners not to put his products on sale until after Christmas or New Year’s — though in all their bells and whistles around Black Friday, the stores didn’t exactly advertise it (or the other designers who would be exceptions to the markdown rule).

“Communication is one thing,” he said. “Reality is something else.”

Pierre-Yves Roussel, the chief executive of Tory Burch, said much the same, noting that while the company was nodding to Black Friday because of “tradition,” the price drops were limited and under tight controls, focusing primarily on clothing that was time-dependent, rather than accessories such as shoes and bags, which in theory are less tied to trend.

At the Webster, which has eight stores in locations including New York, Houston, Miami and Los Angeles, Laure Heriard Dubreuil, the founder and creative director, said she was still “committed” to the pledge, and so had contacted the designer brands she carried to discuss what items should be on sale, and for how much. Fall merchandise from lines owned by the big French luxury groups LVMH and Kering — such as Balenciaga, Fendi, Givenchy and Saint Laurent — will not be reduced at her stores, although plenty of other brands are. Mr. Van Noten said he felt optimistic: The industry working group was still in existence, and they had all just met the week before the Black Friday sales began to talk next steps. Things were moving in the right direction.

“We said from the beginning we didn’t want to be the fashion police, telling people what they can and can’t do,” he said, “but a year ago, we would never have even had this discussion. Business is very fragile right now, but I think the mentality has changed. There’s been an evolution.” 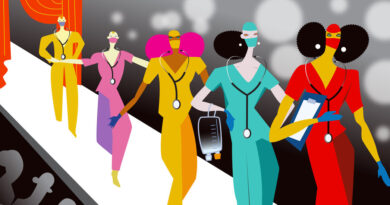 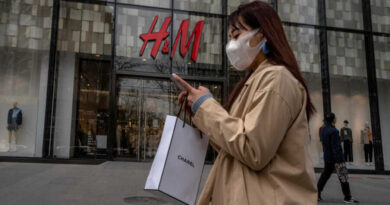