After their best non-conference start in program history, the Kansas State soccer team has lost back-to-back Big 12 matches to start conference play, pushing their overall record to 5-6 and their conference record to 0-2.

“I thought we played a good game, it’s just, in the big moments or key moments of the game, we cut ourselves or dig ourselves another hole,” head coach Mike Dibbini said to K-State Athletics after Sunday’s 2-0 loss against Texas Tech.

The Wildcats look for their first conference victory of the season against rival Kansas in Lawrence on Thursday in the annual Sunflower Showdown. The game is set for a 7 p.m. first kick and can be watched on Big 12 Now on ESPN+.

The Wildcats will also get this upcoming Sunday off, giving them the ability to focus more against Kansas. One thing that the Wildcats must focus on is getting offensive productivity after being blanked in their first two Big 12 contests.

After an off-week for the men’s golf team, the team travels to Winston-Salem, North Carolina, for the Old Town Intercollegiate meet. The meet is a two-day, Monday-Tuesday event.

“We are looking forward to competing this week at Wake Forest,” head coach Grant Robbins said in an interview with K-State Athletics. “Getting to play against a strong field on a classic course like Old Town that is ranked among the best in the country is going to be a great experience for us.”

Freshman Cooper Schultz is set to make his starting-five debut after winning the Kansas Amateur this summer. Schultz is joined by typical rotation starters Tim Tillmanns, Will Hopkins, Luke O’Neil and Ethan Miller.

Men’s golf then travels to the Rich Harvest Farms Intercollegiate Tournament for a three-day event starting on Saturday.

After a third-place finish at their home meet — the Marilynn Smith/Sunflower Invitational — the women’s golf team struggled in their most recent showing. In the Schooner Fall Classic on Sunday and Monday, the Wildcats finished 14th out of 15 teams in Norman, Oklahoma.

“Not a good result for us overall,” head coach Kristi Knight told K-State Athletics. “We dug a hole in the first round, or really the last few holes of the first round.”

K-State finished with an overall 43-over par 883, three-round total. Freshman Remington Isaac led the Wildcats with a 5-over par 215 to tie for 24th place in the field.

The women’s team has a couple of weeks off after this week’s competition until they travel to Broken Arrow, Oklahoma, to play in the Dale McNamara Invitational from Oct. 10-12.

The cross country team is back in action this Friday after the men placed ninth and the women placed seventh in the Cowboy Jamboree on Sept. 18. The team now travels east to Columbia, Missouri, for the Gans Creek Classic on Friday.

The Cowboy Jamboree ended up a big learning lesson for the team, getting them back up to full speed after not competing for nearly a year.

“We had great effort today,” head coach Ryun Godfrey said to K-State Athletics after the meet. “We learned a lot about where we are and what we need to do going forward. I am confident the team is headed in the right direction.”

After an impressive 9-2 start, the K-State volleyball team dropped their opening conference matches to No. 10 Baylor via sweep with two 3-0 losses.

“Scoring points against these guys proved to be incredibly difficult,” head coach Suzie Fritz told K-State Athletics after the losses. “To put together any kind of a point-scoring run against them even when we were forcing them out of system.”

As suspected, sophomore Aliyah Carter still had a great impact with 18 of the team’s 41 kills. Junior setter Teana Adams-Kaonohi had an impressive first set on Sunday, recording 16 of K-State’s 19 assists in the set.

The volleyball team heads to Norman, Oklahoma, for a two-game series this Friday and Saturday against the Oklahoma Sooners. The games can be found on Bally Sports Oklahoma at 5 p.m. on Friday and 4 p.m Saturday.

After losing their conference opener against Oklahoma State, the Kansas State football team is back at home this Saturday against No. 6 Oklahoma.

The team is still recovering from the loss of super-senior quarterback Skylar Thompson and is still trying to decide between sophomore quarterbacks Will Howard — who was injured against Oklahoma State — and Jaren Lewis, who went 10-of-19 against the Cowboys.

K-State looks to keep its win streak against Oklahoma alive after upsetting the Sooners the past two seasons. In 2019, the Wildcats won at home 48-41, while this past season K-State won 35-31 on the road.

Kickoff this weekend is set for 2:30 p.m. in Bill Snyder Family Stadium and can be watched on FOX or listened to on Wildcat 91.9. Check out the Collegian throughout the week for a more in-depth preview of the game and our “Know your Opponent” piece. 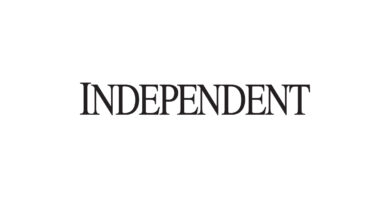 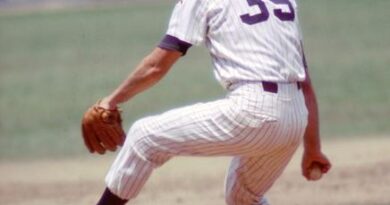 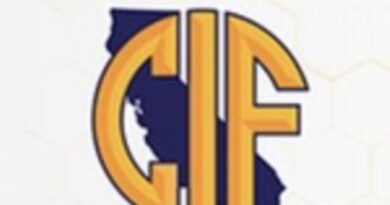