Enertopia filed provisional patents for technology that it said will use excess heat from PV modules as part of its lithium-extraction process in the Nevada desert.

A Canadian company whose past ventures include medical marijuana and women’s health care filed provisional patents with the U.S. Patent and Trademark Office (USPTO) for a technology that its said could boost PV system output by 10% or more and reduce panel heat stress.

Kelowna, British Columbia-based Enertopia Corp. said its technology would enable it to create a closed system loop where only solar energy is used to extract lithium from source rock at its Nevada mine.

The technology takes excess heat from solar panels and uses it to heat a brine solution to 122°F to 140°F during a typical three- to four-hour hour processing cycle.

The company said that as it moved toward creating a low-carbon lithium extraction pilot plant, it realized that inefficiencies associated with PV panels could be used to its advantage. In particular, it found that the PV panels are subject to heat stress as temperatures rise. Manufacturers generally rate PV panels at a temperature of 77F. But field work in the Nevada desert showed temperatures on the back of solar panels regularly exceeding 140F, potentially damaging the panels and reducing output.

The company said that its provisional patent addresses this heat issue.

According to Enertopia, if a panel is rated to have a temperature coefficient of -0.50% per 1.8°F above 77 °F, then that panel’s output power will fall by half of a percent for every 1.8F degrees the temperature rises above 77 °F. It said that a solar array in the Nevada desert operating 60F into the heat stress zone would experience a decrease of 15% or more on the solar array output.

The technology is designed to be retrofitted onto existing PV panels. An unnamed third party with a 3 MW solar array has agreed to do real-time comparative testing on their PV sub-arrays. The goal will be to increase PV production while simultaneously removing the heat stress.

In December, Enertopia acquired USPTO patent #6,024,086, “Solar energy collector having oval absorption tubes.” At the time it said it believed the patent could provide a “novel approach to using waste heat from various sources.” 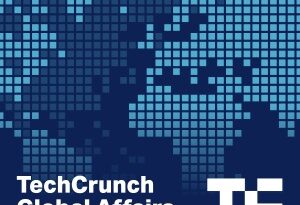 Self-driving cars: What does this technology look like for Texans? – KPRC Click2Houston