The unsustainable practices of the fashion industry are under fire as never before. Over the past two years alone, mainstream players have called for significant changes: luxury brands such as Gucci cut back on the fashion show schedule, designers led by Dries Van Noten penned open letters to the industry, and over 60 signatories — representing more than 200 global brands — signed up to the G7 Fashion Pact.

But on the fringes of fashion, some academics say this isn’t enough. They are more interested in an idealistic question: if we could rebuild the fashion industry from scratch, what would it look like?

Vogue Business spoke to three UK-based radical thinkers about their manifestos for a sustainable fashion industry. They are not step-by-step guides to systems change, nor do they have static endpoints to be completed and filed away. They are intentionally abstract and agile routes to change, ready to be further developed by brands and the people working within them.

The Earth Logic Fashion Action Research Plan is a shareable document developed by academics Kate Fletcher and Mathilda Tham, co-founders of the Union of Concerned Researchers in Fashion, which released its own manifesto in 2018 and has over 400 members. The plan advocates for an “Earth-first” approach, built around the idea that “without a healthy planet, all activities will cease”.

Swapping the economic growth logic for earth logic means making decisions based on environmental and ecological sustainability rather than profitability. It envisages a system built on six core values: multiple centres, diverse ways of knowing, co-creation, grounded imagination, care of world and care of self. The idea is to transform the industry and our relationship to it with those values in mind, focusing on six areas or learnings: less, local, plural, learning, language and governance.

Since its release in December 2019, the Earth Logic plan has been adopted by multiple universities as a framework text for teaching, facilitated conversations with multinational businesses and become the foundation of three PhDs. “People are keeping us in the loop, but we want people to make it their own,” says Fletcher.

The events of 2020 have thrown the need for such a plan into sharp relief. “The intersecting crises around Covid-19, racism and others like sexism are part of the same mega-crisis as climate change and biodiversity loss,” says Fletcher. “Covid-19 has exposed the structures and biases that were always there, but were hidden by culture and normality.” She adds that the pandemic was merely a “dress rehearsal” for the impending effects of the climate crisis, if the world doesn’t act within the decade allotted by the Intergovernmental Panel on Climate Change (IPCC).

Fletcher and Tham encourage people to “stay with the trouble”, not shying away from difficult changes. Their plan includes practical advice and poses ideological questions to guide action. One suggestion, for example, includes the creation of a “language ombudsperson” to help create and disseminate earth logic language. This person would examine how journalism, photography and other communication tools such as marketing can become more sustainable.

Fletcher envisions fashion industries that are more locally focused, where mending is taught in schools and designers work in service of their communities, sharing skills and knowledge instead of producing endless disposable garments. “Industry will remain part of our lives, but it won’t be the most dominant part and it will be much more diversified,” she says. “You can’t sell more stuff to be successful anymore.”

When multidisciplinary creative Georgina Johnson released her manifesto Slow Fashion to Save Minds as an online document in 2018, conversations about sustainability and mental illness were still on the sidelines of fashion. By the time she published an extended book version in April 2020, we were in the throes of a global pandemic and those conversations had developed into rallying cries for a new system.

The Slow Grind: Finding Our Way Back to Creative Balance is an anthology with wide-ranging contributions. Stylist Ib Kamara reflects on the impact of fame on creativity. Fashion Revolution co-founder Orsola de Castro implores readers to find sentimental value in their clothing. Fashion historian Kimberly Jenkins discusses the importance of education in dismantling inequalities.

Johnson advocates for a more humane approach to fashion, with an emphasis on mental health and wellbeing rather than productivity. Through workshops, lectures and creative projects, she hopes to put the manifesto into practice. “You implement something like this through ongoing intention and practice,” she says. “This year especially, we’ve seen the loud applause for people saying they want to do things differently, but we’ve also seen people default back to the status quo when that creates friction. Doing things differently always creates a gap between what is possible and what we can see has been done before.”

To create a working environment where employees are empowered to challenge systems, organisations need to rethink productivity goals. “Labour has been mechanised to a ridiculous point where it’s impossible to do everything an organisation wants you to do in a day or a job role,” says Johnson.

Including outside voices is crucial. Brands can embrace radical thought leaders and share resources to help them create better systems, Johnson says. “Don’t be afraid to say you don’t have the knowledge or education you need. Brands can identify the grassroots people changing things on a micro level and scale up those ideas,” she says. “The responsibility shouldn’t be on people pouring from an empty cup.”

As part of these efforts to include diverse perspectives, Johnson advocates for larger organisations running mentorship programmes that offer both financial and practical support. “If you give a scholarship, show people how to spend it wisely, and how to balance the books, how to build relationships with suppliers and producers,” she says. “If you’re hiring in your image, you’ll just perpetuate the same problems over and over.”

Co-founders Amy Foster-Taylor and Will Bull describe And Beyond as a “participatory systems design lab”. Through intimate workshops where CEOs sit alongside interns and garment workers, they help individuals and organisations to envision and create more expansive futures and realise their role within them.

According to And Beyond, fashion is the playground of many oppressive systems, which also makes it the perfect playground for change. “Colonialism is evident in the linear model of take, make, use and dispose. It’s the idea that garment workers in the Global South are lucky to have jobs in fashion, despite the horrific conditions they often have to endure. And the way fashion outsources problems like clothing waste to other countries,” explains Foster-Taylor, an alumna of London College of Fashion’s MA Fashion Futures course. She points to a report by the Sustainable Fashion Initiative that connects unpaid internships to patriarchy, shame and trauma. “It’s about healing internalised oppression so you don’t oppress others.”

Existing approaches to racism are similarly surface-level, continues Bull. “Inclusion still involves someone holding the power to include someone else. Putting anti-racist policies into an inherently racist system is a pragmatic but short-term solution.”

Amy Foster-Taylor and Will Bull, co-founders of And Beyond.

Going forward, And Beyond believes fashion needs systems that mirror nature. “Nature is a cycle of birth, growth and decay. It’s a perfect template,” says Foster-Taylor. She suggests that the industry could borrow nature’s decentralised approach to loosen the grip of fashion capitals and champion a “glocal” system with diverse visions emerging in different localities. It could adopt nature’s wholehearted utilisation of resources, so nothing is wasted and everything is valued. Some brands are already doing this, such as London-based independents Trashion Factory and Birdsong London, which exist to create living wage jobs for the local women they employ.

It may seem utopian, but And Beyond is more about provocation than dogma. Their vision of the future won’t be dictated by one or two people. “It’s not about having one radical CEO at the top,” says Foster-Taylor. “We want to create systems that are agile, regenerative and decentralised, so dreams can be revisited and adapted as needed.” The idea is to acknowledge the systems we have internalised and imagine a world beyond them. “It might sound complex, but it’s really just about what is working for us and what isn’t?”

More from this author:

What happens when the shoe doesn’t fit?

Black Friday and Cyber Monday: Did they work? 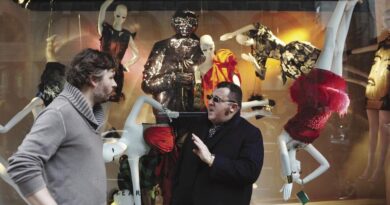 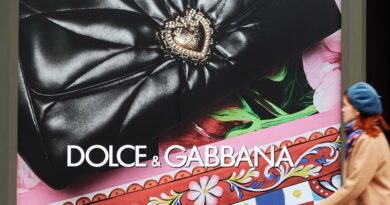 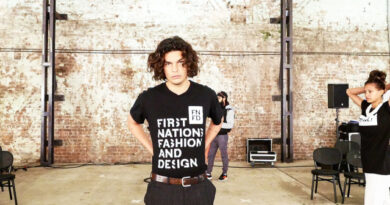