Just a few months before the U.S. Women’s Soccer Team went on to win the World Cup in 2019, they took a huge risk.

CHANG: More than 20 players filed a gender discrimination lawsuit against the U.S. Soccer Federation seeking equitable pay and treatment compared to the men’s team. Now, there is a new documentary that captures the U.S. Women’s Team’s perspective. It’s called “LFG.” That’s an abbreviation for the phrase let’s go with an expletive in the middle, a rallying cry for the team. Filmmaker Andrea Nix Fine says “LFG” is a story that will resonate with a lot of women out there.

ANDREA NIX FINE: I think that women across the world will watch this and at one moment or another, are – they’re going to feel like, oh, been there, felt that – the lack of value, the lack of respect – I mean, in a way that, like, is not the same as being celebrated.

CHANG: I talked with Andrea Nix Fine and Jessica McDonald, a forward for the 2019 World Cup-winning team about the film and the lawsuit. And I asked McDonald, what were the first thoughts that ran through her head when her team started talking about suing their boss?

JESSICA MCDONALD: Oh, man, I was freaking out ’cause I was like, lawsuit? I don’t know anything about lawsuits. What? Oh, man. And I was new to the team at this time as well, you know.

CHANG: Well, what were you freaking out about specifically? What were you afraid of happening?

MCDONALD: Well, no. When I heard lawsuit, you know, just, like, that’s…

MCDONALD: …An intimidating word. Like, how many people on this earth can say they’ve been, you know, part of a lawsuit, let alone, like, suing…

MCDONALD: …Your employer? You know, and for me being new to the team, obviously, I felt nervous. And I’m like, is this going to, like, kill my position on this team? Like, I just got here, you know? But, like, I didn’t know what to expect. So obviously, right off the bat, I just – I didn’t know what to expect. But then, you know, once we started talking more and I got more of a grip and understanding of everything that was going on, I was totally on board and felt, obviously, more confident once I got more information.

CHANG: Yeah. And I mean, you’re a single mother. The film gets into this a bit. But what it does show us is sort of your life living as a professional athlete still comes with a lot of financial strain. Can you talk about that?

MCDONALD: Yeah. The world knew that, you know, a lot of us female athletes, we work multiple jobs. And that’s been kind of accepting in our society. But once you see it, I feel like it’s so much more eye-opening. Like, I’m showing people, you know, I barely had a meal in a day because, you know, I’m going from literally training to giving a public speech to going to train kids to another appearance. And this is all in one day.

You know, especially me being a single mom, just handling everything on my own with my kid – if you’re a parent, you know how hard that is. Even if you’re in a partnership, it’s hard. And so for me to be able to do everything that I’m able to do, I’m grateful. But it’s also very eye-opening for everybody out there and just showing how, you know, unfair the pay really is when I’m over here working multiple jobs in the middle of my season.

CHANG: Well, when the federal district court threw out your team’s equal pay claim last May, one of the things that the judge said was, look, these female players are being paid according to the terms of the agreement that they sign onto. Now, they just want to back out of that agreement. What do you say to that central argument?

MCDONALD: All of this happening – I’m still a new player. And so when the original agreement was signed, you know, I heard different things, obviously, on my side of things with my team and those who are working with us. It’s almost as if we got bullied into, you know, these contracts that we’re in right now.

NIX FINE: And I think also with the way that – you know we’d been talking to a number of the players. And Jessica, I think you all were so stunned, as were I think everybody, about how could the judge come into that – reach that conclusion with that argument? And I think the takeaway, which is really fundamentally why the appeal continues, is that it’s not the fact that, hey, you got a deal, you accepted it and now you don’t like it. The answer that really needs to be looked at – did U.S. Soccer ever offer the women’s team the same deal, line for line? And the answer is no. That’s where the discrimination happens. They were actually never offered that deal. And that is the deal they continued to fight for. And that’s why there is still appeal.

CHANG: We do have to note that this film didn’t include any interviews with anyone on the U.S. Soccer Federation side. Why was that?

NIX FINE: Well, it’s of their choosing. We extended the opportunity for the Federation to participate on an on-camera interview. And right in the beginning of the film, we let it be known that they chose to decline. But, you know, we agreed and engaged with conversations with them off camera to make sure we understood their position on the equal pay dispute. And we spent two years researching court records and public documents and CBA agreements. And it’s very researched and reviewed to make sure everything’s on there. So in the end of the day, I guess you’ll have to ask them why they chose not to participate. But they were asked, and they chose not to.

CHANG: Well, the U.S. Soccer Federation told The Washington Post that you didn’t approach them for an interview until late into production. First of all, is that true? And if so, why not just hold the film until you could tell a more balanced story?

NIX FINE: Oh, we did approach them, and we gave them ample time to participate. That was their decision. And they declined. And we felt it was unfortunate.

CHANG: Well, it is clear that this lawsuit has put the fight for equal pay on maybe the biggest stage that it’s ever been on in this country. I mean, there are these amazing scenes throughout the film where you can hear stadiums and huge crowds cheering, equal pay, equal pay. And I’m just – I’m curious, Jessica, however this lawsuit ultimately resolves down the road, what has this fight meant to you? What has taking this stand meant to you?

MCDONALD: Everything. Right now, this is something historical. This is a movement. This is a movement for – I always say this – but all the little girls who want to be in our shoes one day because they’re going to deserve it. All the women who are putting in the time, who are putting in the effort and kicking ass at their job, I mean, there’s nothing more deserving than, you know, if not equal, than more than what their male counterparts are receiving. And so at the end of the day, this is all about fairness, fairness for everybody. And so women out there, you know, we’re badass, and we’re going to continue to fight. And that’s exactly what it means to me.

Thank you both so much for being with us.

MCDONALD: Yeah. Thanks for having us; appreciate it.

Copyright © 2021 NPR. All rights reserved. Visit our website terms of use and permissions pages at www.npr.org for further information.

NPR transcripts are created on a rush deadline by Verb8tm, Inc., an NPR contractor, and produced using a proprietary transcription process developed with NPR. This text may not be in its final form and may be updated or revised in the future. Accuracy and availability may vary. The authoritative record of NPR’s programming is the audio record. 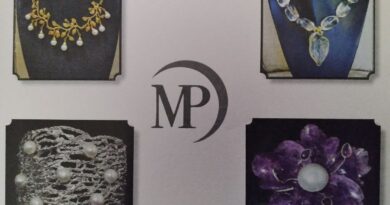 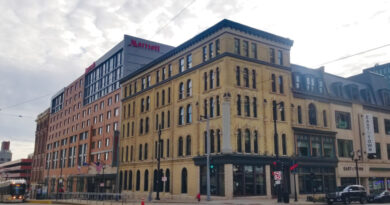