Hospitals in Idaho, like St. Luke’s Boise Medical Center in Boise, remain full after the summer delta surge pushed many to their limits.

Last month, Chelsea Titus, a 40-year-old mother of one in Boise, Idaho, needed surgery to relieve severe pain from endometriosis. But hospitals there are so full of unvaccinated COVID-19 patients that doctors told her she’d have to wait.

Nearly 1 in 5 American households has had to delay care for serious illnesses in the past few months, according to a new poll from NPR, the Robert Wood Johnson Foundation and the Harvard T.H. Chan School of Public Health.

Titus, who works for a tech company from the home she shares with her husband, her daughter and a labradoodle named Winston, previously had surgery for endometriosis in which doctors removed her uterus and one ovary. When the condition flared again in September, the pain was severe.

“Sometimes it feels like I am in active labor,” she says.

Endometriosis affects millions of women in the U.S. when tissue that typically grows inside the uterus also grows outside it.

When the initial medication that Titus received didn’t help, she reached out to her on-call doctor.

“He said, ‘If the hospitals weren’t in the situation they were in, I would have you in for surgery today,’ ” she recalls.

The safety net is gone

The situation in Idaho’s hospitals has become dire. The facilities are so full of mostly unvaccinated COVID-19 patients that many can no longer operate normally. Several hospitals have had to ration care.

But now, “the net is gone and the people will fall from the wire,” Souza says.

Idaho has one of the lowest COVID-19 vaccination rates in the United States.

Zuckerman says his staff has delayed surgery for some breast cancers that can likely be kept at an early and treatable stage with hormones.

“There’s just no guarantees with that,” he says, “and there will still be some cancers that biologically may break through.”

Zuckerman now spends half his day at the hospital to help his overloaded colleagues and says he can see only half as many patients at the clinic.

Across town at Saint Alphonsus, Boise’s slightly smaller hospital, another oncologist, Scott Pierson, says they haven’t had to postpone any surgeries — yet.

But standard cancer screenings, like colonoscopies, have been pushed back.

“We’re already a state that, if you look at the statistics, lags in screening,” Pierson says.

The pulmonologists who usually perform lung biopsies at Saint Alphonsus, for example, are swamped right now, he says, trying to treat severe cases of COVID-19 in the intensive care unit.

Lots of Americans face delays like the ones in Idaho, says Robert Blendon, a pollster at the Harvard Chan School of Public Health.

“The numbers were much greater than we expected,” Blendon says, “and the delta variant changed what was going on.”

The survey he helped run found that nearly 1 in 5 U.S. households reported not being able to get treatment for a serious illness in the past few months; most of them said they had negative health outcomes because of that.

“This is the United States,” Blendon says. “You don’t expect people with serious illnesses to say they cannot be seen for care.”

This data, he says, shows that health care systems need to boost their capacity ahead of the next pandemic or serious natural disaster.

While Boise-area hospitals are bursting with COVID-19 patients, they’ve also had a surge in demand from people who’ve already delayed care during the pandemic.

Pierson and Zuckerman say they’ve seen more advanced cancers than usual that could have been caught earlier; catching the malignancies sooner would likely have given patients a much higher chance of survival, they say.

Pierson says he has suggested to patients they might take a less intense form of chemotherapy so they’re less likely to need a hospital bed if complications arise.

Meanwhile, though the immense pain Titus felt from her endometriosis was overwhelming, she says she couldn’t get surgery anywhere in Boise to remove her remaining ovary.

Her brother took the extraordinary step of chartering a private plane to take her to the California Bay Area for treatment instead.

“I guess I could have flown commercially, but it would’ve been really hard and embarrassing because I was, like, screaming in pain,” she says.

After landing, Titus went to an emergency room and an urgent care clinic and talked to multiple doctors before finding a surgeon in her insurance network with an open calendar.

Hotel rooms, a rental car and her flight home added up to thousands of dollars out of pocket — all for a surgery she could have had at a hospital just a few minutes’ drive from her home in normal times.

She recognizes she’s privileged to have been able to afford all she did to get treatment.

“It breaks my heart that most in Idaho don’t have the ability to do that,” Titus says.

And even so, it was nearly two weeks after first experiencing the severe pain that she was able to find relief.

“It’s amazing how much better I feel,” she said two days after her surgery.

But the situation has left her questioning just how much her friends and neighbors who have refused to wear masks or get the COVID-19 vaccine really care about their community — and whether she has a place in the state any longer.

“My husband and I used to say, ‘We’re never leaving Idaho,’ ” Titus says. “We love it here. It’s an amazing place to live, and we’ve been looking at real estate in other states — because this just isn’t OK.” 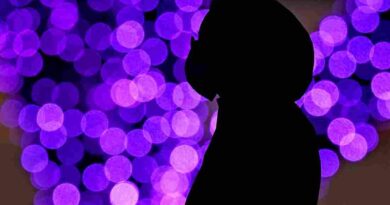 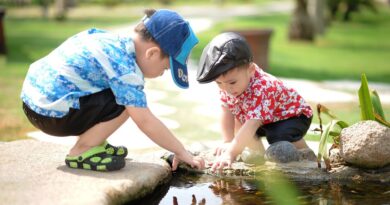