Friday, September 24, 2021. High 70s yesterday with mainly a cloudy day, with a cooling fresh and gusty breeze coming off the river, telling us to hold onto our hats. Rain was forecast for the evening and about 6:30 PM, massive and ominous dark clouds were approaching from the west. The rain was almost instantly torrential. For more than an hour, pounding creating a cloud of steam, the temps dropped to the low 60s. I was dining outside at Sette just as it began. It was the story; Mother Nature decides, not us.

This past Wednesday, the Museum at FIT hosted its annual Couture Council Luncheon at Cipriani South Street. This is an important luncheon as it benefits the Museum (MFIT) which is the only one dedicated exclusively to the Art of Fashion and is open to the public free of charge.

They raised $700,000 this year with half as many guests. I don’t have previous years figures before me, but guests this year were even more generous. Bronson VanWyck loaded the place up with magnificent Dahlias. Tables were inside and outside, but the planners were only allowed 250 people (300 less than normal) according to NYC code. As a result they had a long waiting list.

When the first luncheon was launched, it was just a few — mostly women who were the early supporters. Held on a day just before Fashion Week began, that became tradition. When the number of attendees grew by the score and then the hundreds, it was held at Lincoln Center. The locale and timing gave it distinction in the world of charity lunchdom. It became a must-go-to event. It also gave the Museum at FIT a big boost in popularity. All well deserved.

Each year they honor a major fashion figure/designer with the Couture Council  Award for Artistry of Fashion. This year’s honoree was Wes Gordon, Creative Director of Carolina Herrera.

Chairwoman Julie Macklowe welcomed everyone, and reported that it was one of the most profitable events for FIT to date.

Shanina Shaik presented the award to Wes Gordon. The supermodel told the guests she has “always felt most confident, beautiful, and fabulous in Carolina Herrera.”

In accepting his award Mr. Gordon thanked “the brave women in his life” who had inspired and supported him, including his mother, Emilie Rubinfeld — who was luncheon co-chair, and is president of Carolina Herrera — and his clients and friends, and Carolina Herrera herself. To Mrs. Herrera, he said: “To the queen of New York. The empress of elegance. I dedicate this award to you. I have only been the caretaker of the magical house you have built.”

Also, there was an Award for FIT student John Paul Jang which recognizes outstanding initiative and great professional promise in the museum field. Dr. Joyce Brown, President of FIT, spoke thanking the attendees. She toasted the “re-emergence” of the fashion industry, and celebrated the 40th Anniversary of the business of Carolina Herrera, praising Gordon’s “vibrant, bold and dramatic designs that are themselves celebrations, filled with exuberance and joy …”

This year’s presenting sponsor was Nordstrom. The event was co-chaired by Jeffery Fowler and Emilie Rubinfeld.

Meanwhile word comes from Newport, Rhode Island looking back on the end of summer: On a warm Saturday night with the forecast for a hurricane to arrive next day, more than 300 guests turned out at Green Animals Topiary Garden in Portsmouth, R.I. for the Preservation Society of Newport County’s Enchanted Evening Dinner Dance held on August 21st.

Guests enjoyed a beautiful water view and sunset during cocktails before dining and dancing in an elegantly decorated dinner tent as a full moon rose over the Topiary Garden and the music of The Bob Hardwick Sound filled the air. 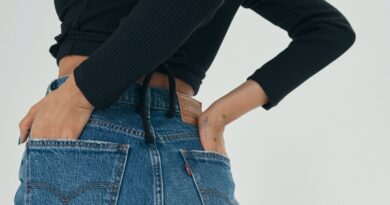 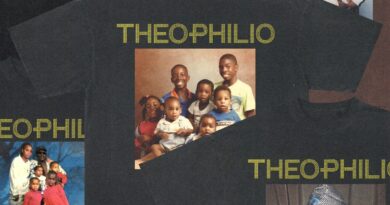