The age of anti-mass shooter technology has arrived in Coral Springs.

The software was installed at the Coral Springs Real-Time Crime Center, giving police a single control platform to view live camera feeds, along with maps and images from inside and outside protected locations.

Using the software, the center can control door locks and fire alarm systems and use public announcement systems to speak directly to a shooter and others at the scene.

“With the ALERT program, we’re immediately notified of an emergency or a serious incident,” said Coral Springs Police Chief Clyde Parry. “Video feeds allow us to view the incident in real-time and provide instant, more importantly, accurate intelligence to the officers that are responding to that incident.”

The software system was funded by Andrew Pollack’s School Safety Grant organization. Pollack is the father of Meadow Pollack, one of 17 people killed in the 2018 Marjory Stoneman Douglas High School shooting.

Here’s how the technology works: When a panic button is triggered at the charter school or Chabad, for example, either via an app or hard-wired panic button, it sets off strobes and alarms in the facility while simultaneously alerting staff to the emergency.

Coral Springs’ trained personnel get an overview of the site and see where the emergency is in real-time. Map icons provide police officers with up-to-date information. By scrolling over one of the camera icons, they can see a camera and its view, following a potential suspect or other pieces of information through the building, according to School Safety Grant.

By clicking on one of the door icons, a user can remotely unlock doors, allowing first responders to enter the closest door to the suspect without worrying about finding an open entrance.

Inside each room, a right-click pulls up a panoramic shot while trained dispatchers speak directly to a suspect, students, faculty members, or police using existing PA systems.

The system also has a text-to-speech option, enabling fast translation of PA messages to students and others inside.

“Collectively, these features provide officers and other first responders with a critical improvement in the information that they receive, helping them to respond in the most efficient and effective manner possible when seconds matter most,” said Alexander Falcone, Director of Emergency Management and City Security for Coral Springs

“Since then, Coconut Creek and Margate have also adopted and accepted the School Safety Grant to deploy and protect their communities,” Hare said. “The system is also being installed at the Florida Panthers Ice Den.”

“ALERT is also in a major medical facility and other municipal buildings in Coral Springs,” added Hare, who declined to identify those specific locations.

Kevin Deutsch
Kevin Deutsch is an award-winning crime journalist and author. A graduate of Florida International University, Kevin has worked on staff at The Miami Herald, New York Daily News, and The Palm Beach Post. 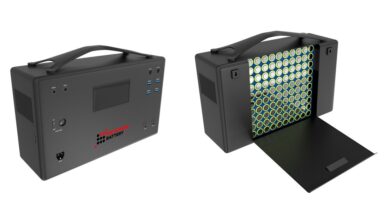 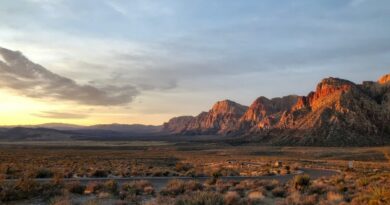