Virtual reality and similar immersive technologies, the publication pontificates, offers a new landscape for “human connections” and may present a compelling “mimic” for intimacy.

Perhaps I’m a Luddite and putting aside the fact this kind of talk gives me the heebie-jeebies, but how often have we heard this promise before? If it isn’t VR, then it’s artificial intelligence. If it isn’t AI, then it’s virtual meetings, videotel phone or online chat services. And, if it isn’t the likes of Zoom or Skype, it’s social media, smartphones, and more that will bridge our divides and bring us closer together as human beings.

But, in a world where people are becoming increasingly isolated (even pre-COVID-19), when have these promises ever been more than corporate-speak and public relations fodder? Why do we lean on technology as a substitute to healthy, invaluable face-to-face interactions with other human beings when we should look for technology to provide opportunities for the kind of natural intimacy that VR supposedly mimics?

Make no mistake, you can’t mimic human connections. The literature on the subject is well documented and it’s damning. Mental health issues are skyrocketing and much of it is tied directly to the advent of services like Facebook and Instagram, or the widespread ownership of physical devices like smartphones. Even technologies like Zoom, which provide an outlet for human interaction in terms of facial expressions, speech, and more, still fall woefully short of face-to-face conversations, if mental health and addiction experts are to be trusted.

People aren’t feeling connected, they’re feeling more lonely, more devalued, and more invisible than ever before in the cybersphere. Why is this? Because we continually try to substitute electronic interactions for the real thing. And, what’s worse, these substitutes are predicated on how much money can be leached from the individual, whether it’s the initial purchase of a device, a monthly subscription, or the dopamine-rush inducing interface that advertisers hard coded into social media sites to hook users.

As with any money-based relationship, these interactions have about as much substance as prostitution and, in that vein, to expect technology to mimic human connections is like expecting a dalliance to mimic a loving, nurturing relationship. It’s just not going to work and it’s been proven to be a colossal failure, time and time again.

Tech Savvy: Closed-captioning and assistive listening at the movies

Nothing can replace the natural connection with another flesh and blood human being. Nothing can replace the simple, if profound, value of touch. Nor can social media paste over the intrinsic need we have to be seen, known, and understood — not despite our flaws and personal eccentricities, but with those flaws and eccentricities at the forefront just as much as our strengths and better qualities. We need people that have their own aspirations, fears, and desires. We need people to feel as we feel. We need to share.

Much of modern technology is built on the notion that we present ourselves as how we want to be seen — a persona, not who we actually are — and that’s a problem when who we are is precisely what needs to be acknowledged. An emphasis on technology that promotes the authentic, the organic, could be a great benefit to all of us and much of society at large.

GABRIEL LAGARDE may be reached at gabe.lagarde@brainerddispatch.com or 218-855-5859. Follow at www.twitter.com/glbrddispatch. 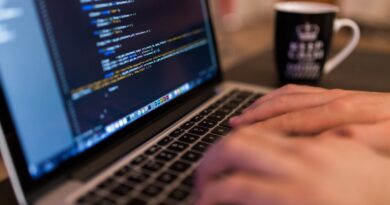 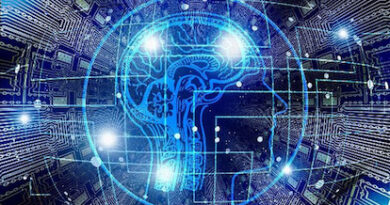 Technology Adoption: Are we too late to the party? – smallwarsjournal