Delaware Area Career Center student Sam Torok’s digital drawing of Tyler, the Creator was selected as one of the top 25 pieces in the competition and will be exhibited at the James A. Rhodes State Office Tower in downtown Columbus. Delaware Area Career Center senior Hayden Reed looks at a group of miniature snowmen before destroying them in his award winning short film, “Snowman Massacre.” The film was recently selected to be displayed in the Ohio Governor’s Youth Art Exhibition.

Three Delaware Area Career Center students recently made it to the state level of the Ohio Governor’s Youth Art Exhibition.

According to the exhibition’s website, the show is open to all of Ohio’s 1,112 high schools, both public and private, chartered by the State of Ohio Department of Education and aims to “provide all budding young artists of the state with opportunities to advance their talent, whether that be through scholarships or simply experiencing the process of entering their work in a competition.”

“The exhibition is a valuable incentive for our young people; it encourages an appreciation for the arts throughout Ohio and reflects the fine quality of art instruction and talent which exist in our state,” reports the exhibit’s site.

The site reports that 10,000 regional entries were submitted this year, and 2,500 were selected to enter state judging, including the three DACC students. Three-hundred students are selected for the actual exhibition, and the top 25 students are chosen to receive the Governor’s Award of Excellence.

The exhibition opens at the James A. Rhodes State Office Tower, across from the Ohio Statehouse, on April 25. It closes on May 20. At the exhibition opening, students will receive awards of excellence and scholarship awards.

Hernandez submitted a pencil sketch she had originally created during her sophomore year.

“I wanted to show what I could do with shading and especially with hair, which can be complicated to draw,” Hernandez said. “It was a really personal piece for me. It’s a representation of keeping things locked up inside.”

Both Torok and Reed were selected to make the top 25 and will receive the Governor’s Award of Excellence.

Torok submitted a digital painting of one of his favorite musicians — Tyler, the Creator. Torok said he felt it was one of the better pieces he had created in class.

Torok added he didn’t expect it to do so well, but he submitted it because he wanted to see if others thought it was as good as he felt it was.

Reed submitted a video short of him taking inspiration from the “Calvin and Hobbes” comic where Calvin creates a crowd of small snowmen and then uses his imagination to destroy them like a dinosaur. In Reed’s film, he creates the snowmen and destroys them in the style of Godzilla, complete with the black and white aesthetic and the original soundtrack.

“The film was inspired by a Calvin and Hobbes book I was reading, and I thought it would be interesting to play with forced perspective to make it look like I was Godzilla, killing a yard full of snowmen,” Reed said.

Despite the fun idea, Reed said the actual video was difficult to make for several reasons.

“This was the most aggravating film I have ever made,” he said. “In every shot, I could tell you what about that moment went wrong.”

Reed said the cold weather also made the film a challenge.

“It was so cold out, we could only film for about 10 minutes at a time before the phone stopped working,” he said.

Reed added he worked with his father to create the film, and he was surprised it ranked so high in the competition.

“My dad was really excited for me,” Reed said.

Reed’s video can be viewed at https://www.youtube.com/watch?v=gl7Ys2WTWac.

DACC Digital Design Instructor Wil Rowland said he’s proud of Torok and Reed for making it into the top 25.

“Both of these students (Sam and Hayden) took initiative to not only do work above and beyond normal projects, but also submitted and won,” Rowland said. “They will have scholarships offered to them from different colleges if they are interested in those colleges because of this.”

Delaware Area Career Center student Sam Torok’s digital drawing of Tyler, the Creator was selected as one of the top 25 pieces in the competition and will be exhibited at the James A. Rhodes State Office Tower in downtown Columbus.

Delaware Area Career Center senior Hayden Reed looks at a group of miniature snowmen before destroying them in his award winning short film, “Snowman Massacre.” The film was recently selected to be displayed in the Ohio Governor’s Youth Art Exhibition. 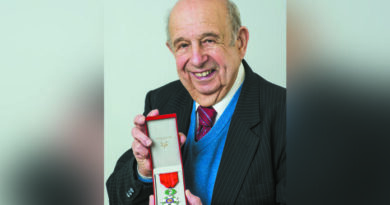 Dr. Guy Stern to be Featured on 60 Minutes on Sunday — Detroit Jewish News – The Jewish News 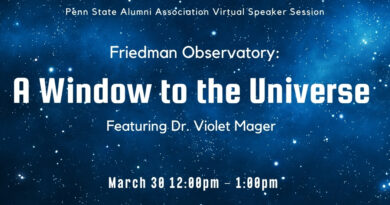 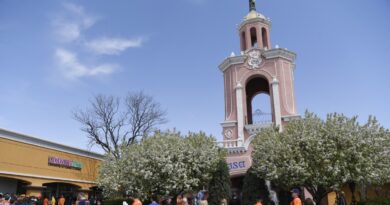