Michael Rubin has cornered the U.S. market for licensed sports apparel through his e-commerce company Fanatics, which handles online merchandise sales for the NFL, the NBA, MLB, Nascar and more than 300 other leagues and teams. Next on the billionaire’s agenda: China.

Fanatics today announced plans for a 50-50 joint venture with Hillhouse Capital that will open up the sports licensed market in China to Fanatics’ global partners. Hillhouse is an Asia-focused private equity firm with a deep investment background in online retailers, including Chinese e-commerce giant JD.com and tech conglomerate Tencent. Another major investment is Topsports, which operates more than 20,000 Nike and Adidas stores in China.

“China has become an increasingly important market for sports clubs and leagues around the world, and we believe that this joint venture gives our hundreds of global partners an incredible opportunity to reach millions of people in the traditionally underserved market of China,” Fanatics general manager Zohar Ravid told Forbes this week.

The idea is to combine Fanatics’ sports experience and vertical commerce model with Hillhouse’s operational expertise in China. Day-to-day operations will have local leadership based in Shanghai and produce products unique to Chinese fans. It marks the 11th country for Fanatics, in a group that includes Germany, Japan, India, Spain and the U.K. The company is expected to generate more than $3 billion in revenue in 2021.

Soccer is one of the more important licensed sports categories in China, and Fanatics has exclusive relationships with a handful of the biggest clubs in the world, including Bayern Munich, Chelsea, Manchester United and Paris-Saint Germain.

Investors are clamoring to get a piece of Fanatics, which is part of Rubin’s holding company Kynetic, along with Rue Gilt Groupe. Fanatics completed a $350 million Series E investment round in August that valued the company at $6.2 billion. The company originally wanted to raise $250 million, but the deal was oversubscribed, leading to a $350 million raise. The money was intended to acquire the rights to more sports properties and fund M&A activity.

Fanatics was previously valued at $4.5 billion in 2017 when SoftBank led a $1 billion investment. The NFL, MLB, the NHL and MLS were also major investors in that round, aligning their interests with those of their partner. The company is not expected to raise any further funds, with the next capitalization an IPO. The company has not disclosed any timetable for a public offering. 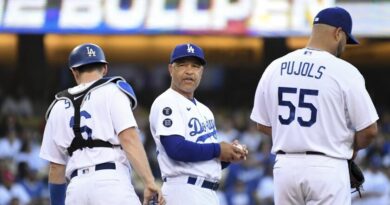 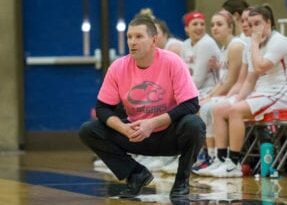