Will the inauguration of President Joe Biden and Vice President Kamala Harris—a transition made “orderly” with barbed wire, National Guard soldiers, and the closure of downtown Washington, D.C.—be remembered as an inflection point? After 4 years of boorish incivility, incendiary nativist extremism, a crippling pandemic, resurgent racism, and riotous mobs incited to attack the Capitol, can the United States rebuild its civic and moral infrastructure? To repair the damage and prepare the next generation of citizens and leaders requires a new spirit of cooperation between the science and civics education communities.

About 30 years ago, the U.S. National Academy of Sciences and the American Association for the Advancement of Science (AAAS, the publisher of Science) recommended major overhauls of science education. The drive for reform confronted partisan conflicts along the way, but the good news is that more students today benefit from stimulating instruction in many subjects. Now the country must sustain this momentum for progress in science, technology, engineering, and mathematics (STEM) while heeding the call for more attention to civics, the humanities, and the foundations of democratic pluralism.

This is not a zero-sum competition. STEM priorities can be aligned with—and reinforce—ideals of social responsibility and the public good. The inspired choices of Eric Lander for director of the Office of Science and Technology Policy (OSTP) and Alondra Nelson as OSTP deputy director for science and society can put American science policy back on track. With their leadership and a joint effort of the Department of Education, the National Science Foundation, the National Academy of Education, the National Academies of Sciences, Engineering, and Medicine, and philanthropies, the country can build on the 2013 Next Generation Science Standards to promote the needed coordination.

What ingredients should be included in this recipe for reform? Policy-makers and legislators must acknowledge the effects of economic inequality on educational outcomes and invest resources to protect disadvantaged youth. Research on disruptions caused by the pandemic shows that, on average, American students in K–12 experienced less “learning loss” than anticipated, but for disadvantaged and minority children, the setbacks were substantially worse. This is no surprise to researchers who study the effects of poverty and racism on achievement. A strategy to raise average performance in STEM while shrinking the variance would help instill an ethos of the common good—a core aspiration of civics.

Good science education means equitable science education. This principle will require sustained efforts to expunge biases associated with race, gender, and class from curricula and school culture. As the astrophysicist Neil deGrasse Tyson noted, we must work toward a world where students will succeed in science because of—not despite—what happened in school. Research on the origins of bias and its effects is bringing new ideas into the development of methods to combat discrimination in K–12 schools, colleges, and universities. Again, good science and good citizenship are mutually reinforcing.

Americans know that educational opportunity is the ticket to economic and social advancement. In recent polling by PDK International, 70% of parents said that education issues influenced their vote for president in the 2020 election. Let’s seize on this evidence and hold government accountable for ensuring that all students learn in safe classrooms with skilled and dedicated teachers, modern lab equipment and digital technologies, experienced school leaders, and a curriculum that logically connects science with social studies, humanities, and language arts.

Certainly, not every young person will become a practicing scientist, but every student should appreciate the processes of scientific inquiry and its uses. In the United States and other countries, relations between the scientific community and government can be tense. But today, the United States is suffering from years of distrust for evidence—about the pandemic, climate change, racism, immigration, and the economy. Let’s integrate into hands-on STEM education some hands-on learning about objective inquiry as a cornerstone of American democracy and the preparation of a well-informed citizenry.

President Biden says he is determined to restore dignity to government and trust in science. Miguel Cardona, the nominee for Education Secretary, is a seasoned educator whose path from poverty to leadership exemplifies the possibilities even in the nation’s fractured system. The country must work with them toward the inseparable goals of scientific excellence and fulfillment of our noblest egalitarian dreams. 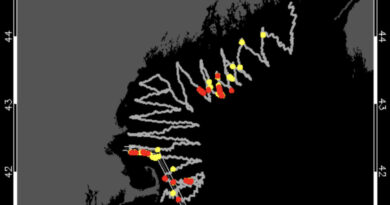 The science behind doomscrolling – ABC News