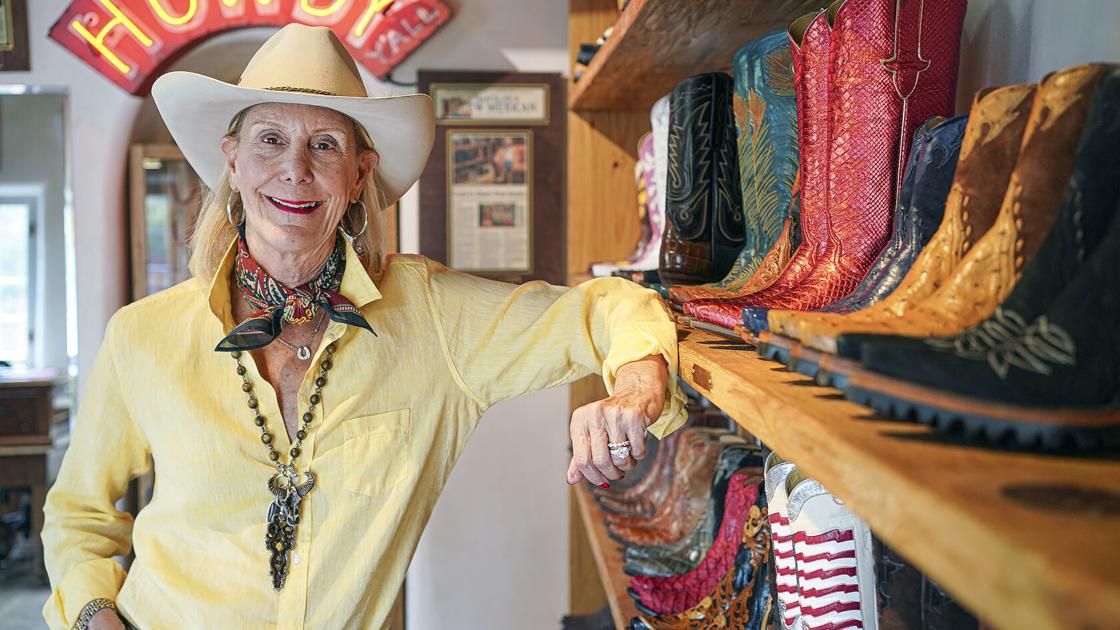 She was a teenager walking through a Neiman Marcus department store in Miami when she spotted a pair of burgundy-colored alligator skin boots.

“They were so different,” said Henry, standing inside her store, Back at the Ranch, in Santa Fe, surrounded by hundreds of handmade cowboy boots she designed.

“My parents didn’t dress me up like a cowgirl,” Henry said. “But I just had to have them.”

Half a century later, cowboy boots have become what Henry is known for. From her cozy adobe shop on Marcy Street, Henry has worked to evolve the classic American footwear, combining traditional Western aesthetics with modern, high-end, fashion-forward sensibilities and designs.

“We are a luxury brand, the Rolls-Royce of cowboy boots,” Henry said. “We’re not ‘yeehaw.’ We brought our cowboy boots into the fashion world.”

Fashion has long been a passion for Henry. Her mother, Meta Lane, was her first inspiration — an “elegant dresser” with “excellent taste,” Henry said.

“She would often wear a pair of jeans with a white blouse and a sweater over her shoulder. Like a Ralph Lauren model,” she said.

Henry got her first job in fashion at age 15 when she worked at a women’s clothing store a few blocks from her childhood home in Hollywood, Fla.

“I knew I had a passion for clothes as a very young teenager,” Henry said.

In 1989, after nearly 10 years in New York, Henry visited Santa Fe for the first time. She fell in love. Six months later, she sold her apartment and closed her clothing store in New York.

“I knew I was finished with New York, and I always wanted to live out West,” Henry said. “The wide-open spaces, the clear blue sky, no traffic. I came out here, and that was it.”

In 1990, she opened the original 400-square-foot Back to the Ranch, selling vintage Western clothing and cowboy boots, before moving to the Marcy Street location 10 years later.

The early years were tough.

“It was Ann and me in our little store on Don Gaspar,” Henry said of her longtime friend, leather expert and colleague Ann Germano, with whom she has worked for

“We never knew how we were going to pay our rent,” Henry said.

“It was hand to mouth,” Germano added.

Henry had one form of insurance: a custom-made sterling silver belt buckle.

“I always thought that if I couldn’t pay my rent, that I would be able to sell this,” she said, pointing to the unique belt buckle with a 14-carat gold Texas longhorn engraved on the front. “Luckily, I never had to.”

Locals chipped in to keep the store afloat. Scott Seligman, a banker and a friend, noticed the store had almost no inventory and gave Henry a loan.

The late Forrest Fenn, a Santa Fe art dealer and author famed for launching a multistate treasure hunt, provided a piece of advice that Henry would take to heart.

“He said to stop selling inexpensive boots. Sell the good stuff,” said Henry, whose boots now start at $1,000 a pair.

The shop’s fortunes truly began to change when Henry bought a boot store in California, obtaining a large inventory.

In cowboy boots, Henry, as she had that first time in Miami, saw something timeless and classic.

However, she noticed cowboy boots were often uncomfortable, and their designs were stuck in the 1950s.

“I brought my fashion background into the cowboy boot business because I saw that there were so many things missing, and the men who manufactured it didn’t want to do what I wanted to do,” she said. “It was male-dominated. There were no colors. The boots didn’t fit right.”

In 2003, Henry opened a factory in El Paso to make handcrafted boots in various styles, designs and colors of her choice.

“We saw something was missing and decided to do it better,” Henry said.

The factory in El Paso now employs a family of second- and third-generation bootmakers. “It’s a dying art,” Germano said of the handmade bootmaking tradition that stretches back to the 1800s.

The craftsmen work with a dizzying variety of materials sourced worldwide: crocodile skins, ostrich feathers and exotic hides, such as waterproof hippo, that are dyed in rich colors. “The perfect red,” Henry said.

On average, a pair of boots, from start to finish, takes around two weeks to make. “They are so labor-intensive,” Henry said.

Today, customers can choose from hundreds of designs at the store. Some boots are hand-carved. Others, like one with an intricate Day of the Dead scene, are sewn. “We come up with something new almost every day,” Henry said.

Buyers can also order custom designs and color schemes on their boots. A popular trend is ordering boots with inlaid images of their favorite pet. “People love their dogs,” Henry said.

The store’s growing reputation has drawn clientele from around the world, with dozens of celebrity patrons including Lyle Lovett, Jane Fonda, former Gov. Bill Richardson and rapper Post Malone.

Back to the Ranch recently sold a $9,000 pair of cowboy boots, the most expensive sale in the store’s history.

The boots, Henry said, provide an instant swagger: “It gives you an attitude, big time.”

For Henry, the joy of the job comes from the range of people she gets to meet at the store.

“I’m 71, and I have no plans on retiring, selling or closing the store because we meet the most interesting people from all over the world,” she said.

“Every day I get letters from people that have come to the store,” said Henry, picking up a thank-you card from a man named Tom before reading it aloud.

“Santa Fe [has] some of the nicest people. I will never forget your kindness,” the man wrote.

“That almost means more than someone buying a boot,” Henry said. “That’s why I can’t retire.” 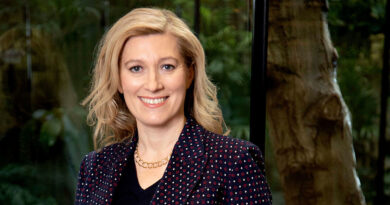 OP-ED: Kering’s Marie-Claire Daveu on why COP26 should be the moment that changes the fashion industry forever – Vogue Business 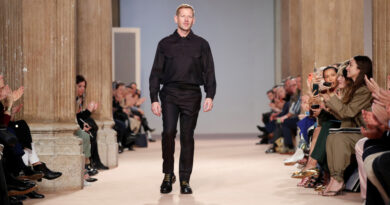 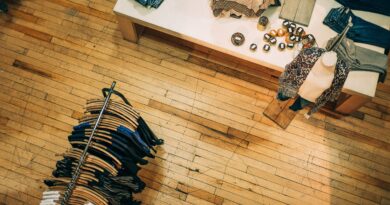 The If and Then Situation With Fashion – SWAAY – SWAAY