Russia is a signatory to the Paris climate agreement, and dozens of its scientists have contributed to the consensus reports of the Intergovernmental Panel on Climate Change (IPCC) that detail the causes and consequences of global warming. This month, the lower chamber of Russia’s parliament passed the country’s first climate bill, setting a course for carbon neutrality through emissions reductions and limits on deforestation. Just last week, speaking at the St. Petersburg International Economic Forum, President Vladimir Putin said Russia is concerned about climate change, and any claims that it is not are “nonsense, a myth, and sometimes outright distortion.”

But not everyone in Putin’s government seems to have gotten the message. Last month, in a document reviewed by ScienceInsider, the country’s Ministry of Foreign Affairs recommended funding studies that would allow Russia to promote “alternative” viewpoints on climate change that “would not necessarily imply abandoning fossil fuels and limiting industrial growth.”

The document, signed on 21 May by the head of the ministry’s department of international organizations, also says the United Nations and IPCC “have been aggressively forcing the consensus on the causes of climate change. … For a long time, a ‘scientific basis for climate change’ has been forming that is not always favorable to Russia.” And it asserts that “Isolated alternative research is not developed further nor discussed by the international scientific community (it is basically blocked or silenced).”

Climate scientists are upset by the ministry’s recommendations, which were sent to the Ministry of Economic Development, which oversees domestic climate policy, for “potential consideration.” It is “very unfortunate that such a document was published in a country which looks back to an enormous scientific tradition,” says Thomas Stocker, a climate scientist at the University of Bern and former co-chair of an IPCC working group. “It’s almost like betraying your rich legacy of research.”

Anna Romanovskaya, head of the Yuri Izrael Institute of Global Climate and Ecology, says the recommendations reveal a profound lack of understanding about how climate research works. They also represent an attack on the integrity of climate scientists, she says. “This slander should stop, and the work of researchers, including climate scientists, should be protected from political pressure.”

The Ministry of Foreign Affairs’s department of international organizations, which is responsible for Russia’s participation with the United Nations and its climate talks, did not respond to a request for comment.

It’s not the first time that contrarian views on climate science have reached high levels in Russia. In 2019, several Russian IPCC authors, including Romanovskaya, wrote to the president of the Russian Academy of Sciences, complaining that the academy had recommended against ratifying the Paris agreement over “a lack of consensus” on the causes of global warming, and that it had done so without consulting any of the scientists. Russia did join the agreement in the end, and the academy has since revamped its internal council on climate.

Alexander Chernokulsky, an atmospheric physicist and academic secretary of the new academy climate council, says the ministry recommendations remind him of “tobacco companies and their attempts to disrupt science and sow doubt to stall regulation.” However, he notes that other parts of the document call for mainstream climate policies. Those internal contradictions, he says, may be due to “confusion and cluelessness rather than malice.”

After an introduction on climate science, the document calls for policies such as better forestry management, energy efficiency, and even a potential carbon tax on imports. Marianna Poberezhskaya, who studies Russian climate politics at Nottingham Trent University, calls the foreign affairs document a “mixed bag,” and thinks it reasonably reflects popular attitudes toward climate change in Russia. “Climate skepticism keeps reappearing but climate discussion in Russia is not monolithic,” she says.

But Poberezhskaya is disappointed that a high-level ministry would promote such a mixed message. “It is a shame,” she says, “that it still mentions such conspiracy-fueled denialist rhetoric, which is absolutely unnecessary and even damaging to progress in Russian climate science, policy, and public attitudes.”

Olga Dobrovidova is a science writer at Skoltech, a private university in Moscow, which is not involved in climate research. 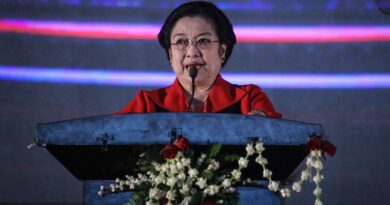 UNESCO must reform to stay relevant — and reconnect people through science – Nature.com 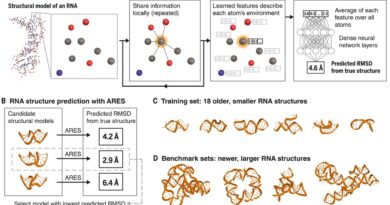