After working my way up the ladder as a small-town sports editor in three different states, I got the call to join the sports staff of the Times Record. And what a great staff it was.

But as they say, all good things must come to an end.

Thursday was my final day at the Times Record, and this is my final column for the paper.

I recently made the decision to step away from this fantastic job and pursue other opportunities. I’m excited for what those opportunities are and for what the future holds for me and my family.

At the same time, however, it was a very tough decision, and it’s going to be very tough to leave a place I considered my second home.

For more than 20 years, I remained on staff and got to witness some of the best sports moments this area has experienced.

I got to see championships won in legendary venues like War Memorial Stadium in Little Rock, the “Big House” in Oklahoma City and Bogle Park in Fayetteville.

I remember Sydney Parker’s home run to center in the 2015 softball state title game, propelling Greenwood to the championship. I remember a beautiful May afternoon in Fayetteville three years ago, when Northside’s boys soccer team posted one of the most dominant performances I’ve seen in a state title game.

More Buck Ringgold: What a great decade it was to cover sports.

Then, I remember a cold but sunny December afternoon when the Poteau football team finally hoisted a gold ball championship trophy.

And of course, I’ll never forget where I was that March 2008 night when Callie Slate hit the shot heard around Oklahoma, giving Pocola’s girls basketball team the state title.

There were people that I had the pleasure to interview in the time I was here, and not just from the local scene. Prominent sports figures like Andre Agassi, Billy Sims and Nolan Richardson.

I still remain grateful for the day when St. Louis Cardinals general manager John Mozeliak called me to offer his thoughts for my story on Ryan Franklin, the Spiro native who was an All-Star closer with the squad.

Naturally, I’ll remember the legendary coaches and the legendary players, some of whom ended up playing major college sports, even in the NFL and NBA.

But it went beyond the fields and the courts as far as I was concerned. And it didn’t matter how successful those players ended up after high school, it was all about them in those exact moments.

I wanted to treat every game I covered as if it were the Super Bowl or the World Series. For some of those players, it was exactly that.

More Buck Ringgold: They sure made her proud.

For the record, I’m not leaving Fort Smith. My wife and I have put down roots here and we’re not planning on going anywhere. Plus, I’m still going to follow the local sports scene as actively as ever.

That said, I want to wish the staff of the Times Record the very best in the future, and I hope whomever replaces me is able to continue the rich tradition of sports coverage that readers here in Fort Smith and surrounding areas have gotten used to reading for decades.

For more than 20 years, I wanted to make an impact with this job. I tend to think I left an indelible impression on the people and was part of the fabric of this fantastic sports region.

I hope you feel the same way.

To the readers, players, coaches and fans of the teams here in the Fort Smith area, thank you. It has definitely been my pleasure to get to know each and every one of you.

Indeed, we had a ball. 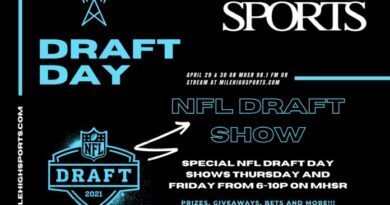 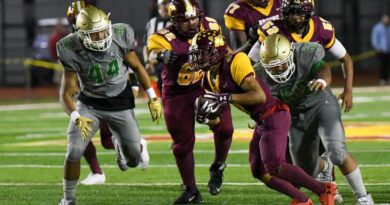 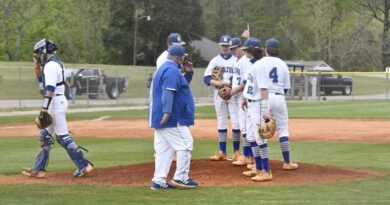