Our institutions are only as good as the minds and temperaments that orchestrate them, and as such, science is subject to all the fallibility of its practitioners. Public discourse in the era of COVID-19 makes manifestly evident our contemporary predisposition to logical fallacies. I attribute this in equal parts to a) an erosion of critical thinking that is reflected in and perpetuated by a dumbing down of culture and media, and b) a growing problem with scientific illiteracy — as evidenced by the fact that among the world’s 40 most advanced countries the U.S. ranks No. 38 when it comes to graduating science majors.

Most would agree that tantamount to any meaningful public discourse is a mutually agreed-upon baseline of facts. To that end, the scientific method is our most rigorous means of establishing that baseline of fact. What does that mean though, science? For a noun that we use so liberally, ubiquitously, and oftentimes viciously, it behooves us to ask ourselves if we have a genuine comprehension of its meaning.

The scientific method is based on the principle of empiricism — that is, the epistemological doctrine proposing that knowledge derives exclusively from direct observation or sensory experience. The institutional function of science is to distinguish facts from falsehoods. In some circles — amongst religious apologists for instance — there’s a common tendency to erroneously equate scientific doctrine with religious dogma. But while the former legitimately acknowledges absolutes, it’s only insofar as the scientific method will demonstrably establish. Unlike religion, the scientific method doesn’t play the role of being an arbiter of moral-ethical truths, hence it doesn’t proscribe what “ought” to be, making it non-dogmatic from a philosophical standpoint.

Nevertheless, there’s no deterring some. Ours is a sociopolitical climate in which “science” in the abstract is routinely weaponized by a culture in which the collective grasp on the scientific discipline is shaky at best. Nowadays, and especially evident in our biomedically preoccupied age, there exists a growing tendency to use its authoritative appeal in the service of promoting dogmatic social agendas.

Coinciding with modern encroachments on freedom of choice and individual autonomy is a burgeoning “expertocracy” that has allowed authorities abundant leeway in putting authoritarian policies into practice. By promoting oppressive policies in the interest of “science” or “public health,” they garner substantially more support from a civil libertarian demographic than they otherwise would.

In a climate of deference to experts and bureaucracy run amok, something of which we can be certain is this: to accompany the wayward expanse of scientific and technical expertise, we should expect a corresponding exploitation of said authority, one in which science is claimed as an ally by well-intentioned bullies looking to beat the rest of us softly into submission with whatever protectionist policies their “ministry of truth” deems to fall in line with science.

Science is fashionable these days, sexy. We might feel a little rush when we can invoke it in a debate and sound smart. We embrace it as a notion, regurgitate a lot of flowery rhetoric about it, but without thinking much beyond the abstract; the thinking is left to the “experts,” the “scientists.” Other than its practical, tangible use to us, I’d venture so far as to say that our reverence for science is more or less cosmetic. We have more of an affected appreciation for science in the abstract than a genuine understanding and respect for its rigorous principles.

How routinely do we hear someone proclaim to “believe in science,” as if it’s really so simple as to be a matter of “believing” or “not believing” in science? Such phraseology is all too prevalent and reductive to be legitimately used by anyone wanting to be taken seriously. Quite frankly, I think it’s time that such rhetoric faces the skepticism it deserves.

How often, also, have we heard a politician defending a position tell us “I’m simply going with science,” as if science can be said to have an “opinion” on the moral-ethical merits of compulsory masking or inoculation. Science doesn’t interpret its own data. It doesn’t have a philosophical position, nor does it side with anyone politically.

The mechanics of what we know to be real are too elegant to be weaponized or to be used as a dogmatic political device. Science is too nuanced and poly dimensional to be properly articulated with reductive two-dimensional vernacular.

Historically, science has served to enrich and enlighten. It is an invaluable asset in establishing a factual common ground from which we debate all points of contention. Nevertheless, when we reduce it to populist rhetoric, or invoke it as a political ally, we compromise the intellectual integrity of that factual common ground.

Derek Meyer is a Traverse City native with a keen interest in science and current affairs. 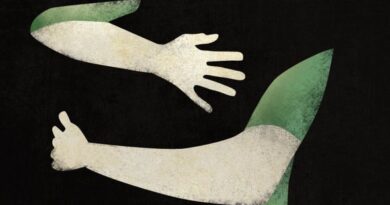 How an Award-Winning Illustrator Weaves Emotion into Science – Scientific American 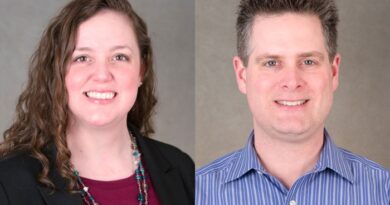