NEW ORLEANS – Reggie Wayne, a star at John Ehret High School and the University of Miami, as well as in the NFL with the Indianapolis Colts, has been selected for induction into the Allstate Sugar Bowl’s Greater New Orleans Sports Hall of Fame Class of 2021.

Wayne is one of five standout local sports figures who will be added to the Hall of Fame this year. Each year’s Hall of Fame class is selected by the Greater New Orleans Sports Awards Committee, a group of current and former media members who annually recognize a variety of award-winners, including the Hall of Fame, the Corbett Awards and the Eddie Robinson Award. The group also selects the Greater New Orleans Amateur Athlete of the Month each month.

Overall, 23 individuals and two teams will be honored this year for their achievements at the committee’s annual awards banquet on Saturday, July 24. Honorees are being announced over a period of 23 days, wrapping up with the Corbett Awards for the top male and female amateur athletes in the state on July 20 and 21. 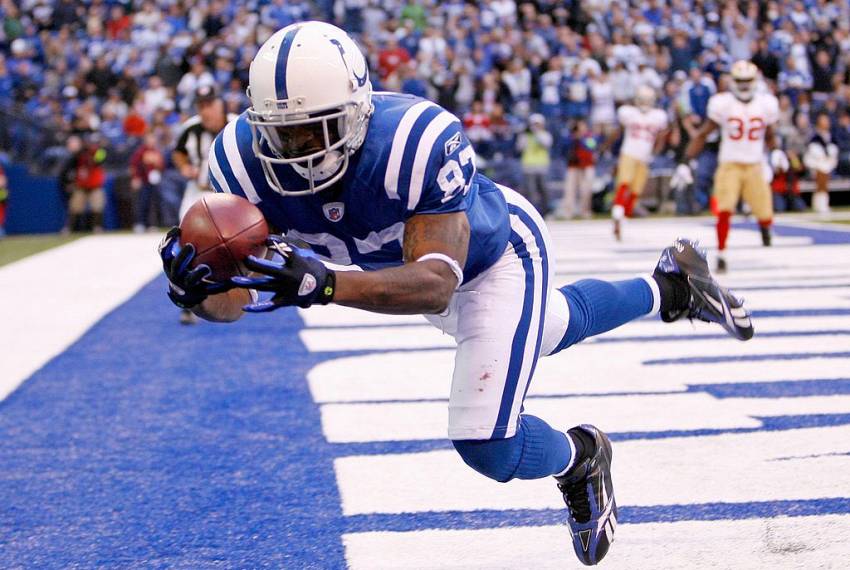 Reggie Wayne – Greater New Orleans Sports Hall of Fame, Class of 2021
Billy North will never forget the game. It was the first round of the 1994 high school state playoffs and his John Ehret football team was taking on a powerful South Lafourche team in Galliano. And a promising sophomore named Reggie Wayne simply took over the game. Wayne had three touchdown catches to lead the Patriots to a 28-14 upset.

“They weren’t just touchdown catches either,” North remembered. “They were phenomenal catches. All I could think was, ‘how the heck did I not have this kid on varsity when he was a freshman?’ Three years later, he had broken every one of our receiving records.

“Even when I saw Reggie in middle school, I knew he was a leader,” North continued. “He wasn’t vocal, but you could see that his teammates knew who was in charge. I can’t say enough about a wonderful young man, from a wonderful Christian family, he is. We gave him the opportunity to be good, but his background and determination and wherewithal is what allowed him to succeed at the highest level.”

While Wayne rewrote John Ehret’s receiving records, he rarely left the field during his high school career. He played free safety on defense, he returned every kick and he even punted for the Patriots as he earned all-state honors in his final two seasons.

A highly sought-after recruit, Wayne ended up at the University of Miami. And he immediately became a key player for the powerhouse Hurricanes. As a freshman in 1997, he led the Hurricanes with 640 yards on 48 catches (school freshman record) and was named BIG EAST Rookie of the Year and a Sporting News Freshman All American. In 1998, he missed two games with a torn ACL, but still led Miami with 42 receptions and was second with 629 receiving yards. In 1999, he caught 40 passes for 486 yards and four touchdowns.

Wayne is the school career leader in total receptions with 173, a close second to Santana Moss in yards receiving (2,510) and is tied for third in career touchdown catches with 20. He holds the school record for consecutive games with a reception at 36 straight games.

Following his sensational college career, Wayne was a first-round pick (No. 30 overall) in the 2001 NFL Draft by the Indianapolis Colts. He spent all 14 of his NFL seasons in Indianapolis and was the 15th player inducted into the Colts Ring of Honor in 2018. Wayne is second all-time (to Pro Football Hall of Famer Marvin Harrison) in Colts’ franchise history in receptions, receiving yards and receiving touchdowns. Wayne and Harrison were one of the NFL’s best wide receiver tandems in league history and helped the team to victory in Super Bowl XLI at Dolphin Stadium in 2007.

“Reggie Wayne was a great teammate, and he was a tough receiver, fearless across the middle, great catcher of the ball with his hands; it was a privilege to play with him,” said Hall of Fame quarterback Peyton Manning. “I always felt that we had that Louisiana bond and that translated to our on-the-field connection. He was an extremely hard worker and that work-ethic paid great dividends for him, and for me, because of all the timing we were able to develop. He was just a guy that you wanted in the huddle with you and I’m always proud to be able to call Reggie Wayne a teammate and a friend.”

“As a high school coach, you never think a player will be in the NFL, much less a Hall of Fame candidate,” North said. “But Reggie had an aura of working hard, he did the right things for the right reasons, and he had leadership qualities that you can’t teach. I knew he could be very successful at a high level and I’m so very pleased that he made the right decisions to achieve so much success.”

“Even with all of his success, he never forgot us,” North said. “He would come back in the off-season and run routes with our players. He would talk to them about life and making good decisions. He certainly understands what it means to give back.”

The Allstate Sugar Bowl has established itself as one of the premier college football bowl games, having hosted 28 national champions, 99 Hall of Fame players, 51 Hall of Fame coaches and 19 Heisman Trophy winners in its 87-year history. The 88th Allstate Sugar Bowl Football Classic, which will feature top teams from the Big 12 and the SEC, is scheduled to be played on January 1, 2022. In addition to football, the Sugar Bowl Committee annually invests over $1 million into the community through the hosting and sponsorship of sporting events, awards, scholarships and clinics. Through these efforts, the organization supports and honors thousands of student-athletes each year, while injecting over $2.7 billion into the local economy in the last decade. 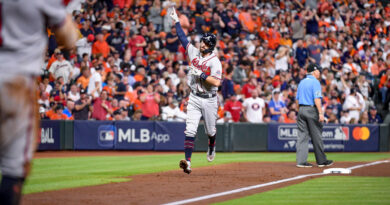 Narrative No More! Braves Kill Curse in City That Haunts Atlanta Sports the Most. – Sports Illustrated 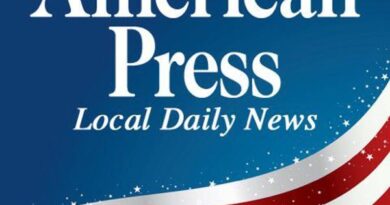