If you dig into the home health market, you’ll find that a lot of providers look very much alike.

Overall, the home health market is made up of several thousand different players, from smaller mom-and-pop shops led by mission-driven nurses to multi-million-dollar behemoths led by savvy health care veterans. Yet for the most part, many of the big and small operators all run similar models based on the three well-defined service lines of home health, hospice and personal care services.

For years, hospice was the “hot” service line that home health providers were trying to build up to keep pace with their peers, both organically and through relatively pricey acquisitions. It appears there’s a new home health arms race on the brink of heating up, however.

Reinforced by this week’s deals, it’s clear to me that “higher-acuity care in the home” has become a must-have capability, particularly for the larger home-based care companies. To best capitalize on post-COVID tailwinds and the changing needs of referral partners, providers want to be able to take charge on hospital-at-home, SNF-at-home and LTACH-at-home models.

Just take a look at what the three largest home health providers in the nation are doing:

— On Feb. 1, Humana Inc. (NYSE: HUM) — the soon-to-be sole owner of Kindred at Home — teamed up with DispatchHealth to offer advanced care in the home.

And other home health giants have taken similar steps under the radar. The PE-backed AccentCare Inc., for instance, has been flexing its in-home care muscles to help health system partners explore potential opportunities to deliver acute care outside of facilities.

“[COVID] has elevated the complexity of the patients coming out of the health systems,” AccentCare CEO Steve Rodgers told me in November. “And what you need is a greater and a wider breadth of capability to be able to take care of those patients.”

For home health providers, there are seemingly endless benefits to being able to offer care for high-acuity patients in the home. It’s not just about immediate financial upside, and I think that’s why these moves make so much sense for an LHC Group, Amedisys or Kindred at Home.

Referral synergies: Typically, when a patient is admitted to a hospital-at-home program, that patient stays on service anywhere from five to seven days. If a home health provider is playing a leading role in that model, there’s a very good chance that patient is then discharged to them for post-acute care, just like a traditional facility-based hospital stay.

Partnership prospects: More broadly, establishing “acute care at home” relationships with health systems may also lead to other innovative opportunities down the road. That was among the many considerations Amedisys made when looking at Contessa, which currently has seven major health system partnerships with many more reportedly on the way.

Value-based care bonuses: The home health industry is headed for more value-based care. In addition to individual arrangements providers make with payers, the U.S. Centers for Medicare & Medicaid Services (CMS) is working to expand the Home Health Value-Based Purchasing (HHVBP) Model nationwide by the start of 2022. Being able to do acute, palliative and nursing home-level care in the home gives providers a leg up in a value-based care world by ensuring no patients fall through the cracks depending on changing clinical needs.

Of course, there are plenty of financial reasons to do more higher-acuity care in the home, too. With Contessa under its umbrella, for instance, Amedisys believes its total addressable market will increase from about $44 billion to $73 billion.

‘It delivers on the promise that we talk about so often, which is innovation. It brings in an ability to take care of higher-acuity patients and allows us to take risks,” Amedisys Chairman and CEO Paul Kusserow told me a day after the Contessa deal was announced. “We’ve been fairly vocal about this: We believe that this is where the world’s moving — and this is where we have to play.”

Most of the home health industry’s leading companies are taking steps to expand their ability to care for higher-acuity patients. But Amedisys, LHC Group and Humana/Kindred at Home prove there’s more than one way to skin a cat.

On its end, Amedisys is actually acquiring Contessa, a company that has raised nearly $60 million on its own since launching in 2015. Eventually, the plan is to turn Contessa into a new operating segment that runs fairly independently, with the entity’s leadership team remaining in place.

Arguably, the Amedisys-Contessa deal is the boldest of the recent higher-acuity care moves, as it will require continued investment from the Baton Rouge, Louisiana-based aging-in-place powerhouse. Stephens analysts wrote in an investor note that Contessa will contribute modest revenue of $9 million to $12 million in 2H21, but it is expected to produce a robust 118% revenue CAGR through 2025.

“Contessa is still in its early stages, and we’re going to continue to invest in its expansion,” Kusserow said during a conference call on June 30. “What we like here is very strong top-line growth. … We think there’s tremendous capability and capacity to expand within its client footprint. We also have a tremendous amount of folks who are interested in expanding on this. I think COVID and the [CMS] waiver drove that.”

In buying Contessa, Amedisys is showing supreme confidence in the company’s established model. LHC Group is taking a slightly different approach with SPC Health, which operates in more than 30 states, contracting with 7,500 physicians nationwide in 400 health care facilities.

Instead of shopping around a “live-in ready” hospital-at-home or SNF-at-home solution, LHC Group and SPC Health are building a flexible infrastructure to handle a range of in-home care assignments. The idea, LHC Group Chairman and CEO Keith Myers explained to me, is to avoid a “one-size-fits-all” model by allowing hospitals and health systems to dictate exactly what they need.

“No two [acute care in the home programs] are going to be exactly the same,” Myers said.

LHC Group hopes to strike other arrangements with groups similar to SPC Health as well.

As of February, Humana and DispatchHealth were providing hospital-level care services in Denver and Tacoma, Washington. At the time, the two said they planned on expanding the initiative to also serve patients in Texas, Arizona and Nevada later this year.

Humana isn’t just a DispatchHealth partner. The Louisville, Kentucky-based insurer invested in the Denver-based DispatchHealth in March as part of the company’s $200 million Series D round.

Historically, Humana has carefully tested out care providers before going all-in and buying them. I’m not saying Humana has any ambitions to acquire DispatchHealth anytime soon, but here’s what executives had to say following the purchase of the remaining stake in Kindred at Home.

“We continue to invest in assets that allow Humana to better manage the holistic needs of our members and patients by expanding care in the home, including primary care, telehealth and emergency room care, while also addressing social determinants of health,” Humana President and CEO Bruce Broussard said in a statement. “Since our initial investment in Kindred at Home, in partnership with [TPG and WCAS] and Kindred at Home management, we’ve learned a great deal about the home health space and recognize the significant value we can deliver to members and patients by integrating this asset into our holistic approach to care.”

There are other “acute care at home” companies out there apart from Contessa and DispatchHealth. Medically Home is a well-known one, while Resilient Healthcare is an up-and-coming business based in Texas.

I don’t want to guess what the next hospital-at-home deal will be. I will go out on a limb and offer my opinion on what this dealmaking trend means for the overall home health market, though.

Soon, I think we’ll see a further bifurcation of the home health industry, with today’s group of providers separated based on their ability to handle very complex patients. There will be the large home health players with the ability to handle hospital-at-home and SNF-at-home patients, and then the traditional agencies caring for the same patients they’ve always been caring for.

I’m not the only one who believes this, as LHC Group’s Myers suggested as much in our recent conversation.

“This is where high-performing home health has to go. It’s also, though, going to drive a lot of consolidation because small home health providers are going to struggle to be able to deliver this service due to all of the infrastructure required,” Myers told me. “The future for home health is taking higher-acuity patients in addition to the traditional patients. I think you’ll see the smaller home health providers continue to take the lower-acuity patients and live in that space, but the larger, more sophisticated providers are going to reach upstream and take care of patients that previously were in an in-patient setting.” 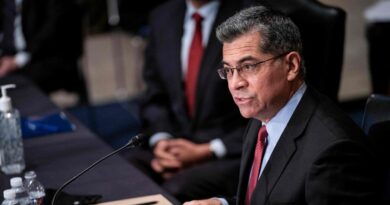