In the age of the internet, there’s no such thing as a private debate. But is that bad for science? Some scientists have had misgivings. When debates in any sector move beyond the halls of universities and government agencies, there is potential for misuse of information and public confusion. But open debate can also foster communication among scientists and between the scientific community and the public. During the pandemic, open debate on research, health, and policy—whether on television, in newspapers, or on social media—widened public attention and encouraged more diverse voices. If this trend spurs scientists to agree more quickly about the best solutions to our problems—and at the same time helps the public “see” the process of scientific discourse more clearly—then this is good for everyone, including scientists.

I pay attention to scientists’ public conversations about COVID-19—including the fast-paced exchanges on Twitter—because my role in communicating science includes amplifying consensus while steering clear of becoming an armchair epidemiologist or immunologist. For most of the pandemic, the trusted experts have generally agreed on issues like social distancing and a rigorous analysis of clinical trial data by the U.S. Food and Drug Administration (FDA) and other agencies. But there have been areas where a consensus has not emerged, such as whether and when to close schools or the usefulness of masks.

More recently, a heated debate has taken place over how to distribute the COVID-19 vaccines. For those that require two shots, should the period between them be stretched so that more people can be vaccinated sooner? Should the second shot be dropped altogether? Should a half-dose of each shot be given to younger folks at less risk for infection? Outstanding scholars have taken different positions on this, and the United Kingdom decided to stretch the interval between doses substantially. The debate led to what seems like a good outcome in the United States: The FDA decided not to deviate from the protocols followed in the phase 3 clinical trials. That makes sense. Right now, the main constraint for mass vaccination lies in the logistics for administering the shots themselves, not in having a sufficient supply of vaccine. The Biden transition team just announced a plan to get more people vaccinated while working to ensure that enough vaccine will be in place for the second shots.

Although this seems like a sound decision, some have questioned the manner in which the debate was conducted. When epidemiologist Michael Mina and sociologist Zeynep Tufekci considered the issue in an op-ed in The New York Times, some scientific experts worried that such public speculation might create confusion or lead people to believe that disagreement over the details meant a lack of adequate scientific consensus over the safety and efficacy of the vaccines. Should such discussions take place only in scientific journals? Or only informally on Twitter?

The anxiety seems misplaced. The days of going to a Gordon Conference or Asilomar and having a confidential debate about scientific issues are gone, and that’s for the best because those gatherings were not diverse enough and excluded a lot of important voices. These days, the public can access debates about science regardless of where they take place, so the medium isn’t so important anymore. What matters is getting to the right place in terms of the science—deciding what the question should be, the appropriate way of answering it, and the correct interpretation of the data. For many scientists, public debate is a new frontier and it may feel like the Wild West (it may well be). But rather than avoiding such conversations, let the debates be transparent and vigorous, wherever they are held. If we want the public to understand that science is an honorably self-correcting process, let’s do away once and for all with the idea that science is a fixed set of facts in a textbook. Instead, let everyone see the noisy, messy deliberations that advance science and lead to decisions that benefit us all. 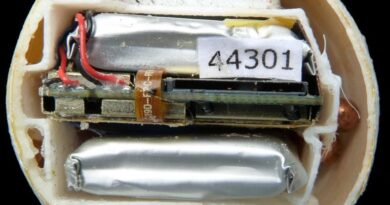