Biden will inherit the worst crisis since the Great Depression, made more difficult by President Trump’s refusal to concede the election and commit to a peaceful transition of power. The Trump administration has not put forward national plans for testing, contact tracing and resolving shortages in personal protective equipment that hospitals and health-care facilities are experiencing again as the nation enters its third surge of the virus.

“Dealing with the coronavirus pandemic is one of the most important battles our administration will face, and I will be informed by science and by experts,” Biden said in a statement. “The advisory board will help shape my approach to managing the surge in reported infections; ensuring vaccines are safe, effective, and distributed efficiently, equitably, and free; and protecting at-risk populations.”

The United States is recording more than 100,000 new coronavirus cases a day and, on many days, more than 1,000 deaths, a toll expected to worsen during the crucial 10-week stretch of the transition. It remains unclear whether Trump or his top aides will oversee and lead a robust response to the pandemic during the transition, which could further exacerbate the crisis Biden and Vice President-elect Kamala D. Harris inherit.

The 13-member task force also includes former Trump administration officials, including Rick Bright, former head of the Biomedical Advanced Research and Development Authority, who, after being demoted, spoke out against the administration’s approach to the pandemic. Luciana Borio, director for medical and biodefense preparedness on Trump’s National Security Council until 2019, is also on the panel.

· Ezekiel Emanuel, chair of the Department of Medical Ethics and Health Policy at the University of Pennsylvania.

· Atul Gawande, a surgeon at Brigham and Women’s Hospital and a professor at Harvard Medical School who is a prolific author.

· Michael T. Osterholm, director of the Center for Infectious Disease Research and Policy at the University of Minnesota.

· Eric Goosby, global AIDS coordinator under President Barack Obama and professor of medicine at the University of California at San Francisco School of Medicine.

· Robert Rodriguez, professor of emergency medicine at the UCSF School of Medicine.

Rebecca Katz, director of the Center for Global Health Science and Security at Georgetown University Medical Center, and Beth Cameron, director for global health security and biodefense on the White House National Security Council during the Obama administration, are serving as advisers to the transition task force.

Task force members will work with state and local officials to craft public health and economic policies to address the virus and racial and ethnic disparities, while also working to reopen schools and businesses, the transition team said in a news release.

While the makeup of the task force garnered widespread praise, Peter Hotez, dean of the National School of Tropical Medicine at Baylor College of Medicine, said the group needs more geographic diversity.

“They are all from the Acela corridor or the [San Francisco] Bay Area,” he said. “Who is going to be the field marshal or the supreme allied commander who goes into the middle of the country and gets this done? The coasts are doing okay, but the red states are being hammered and the deaths are going to be extraordinary. There needs to be a frank reckoning between leaders of the two parties, to say we cannot let this happen.”

Public health experts said Biden should use the transition to provide leadership as the pandemic continues through a deadly stretch and begin communicating a strong national message.

“Clearly from the election outcomes, half the country doesn’t believe we’re in a crisis,” said Kavita Patel, a fellow at the Brookings Institution who worked on health policy in the Obama administration. Biden and Harris “have an incredible platform that can be used for communication. The country needs clear daily briefings that we thought we’d get from the White House coronavirus task force. They have an incredible platform, if not an official platform.”

Biden plans to call Republican and Democratic governors to ask for their help in developing a consistent message from federal and state leaders, according to three Biden advisers who spoke on the condition of anonymity because they were not authorized to speak publicly about these matters. He will urge governors to adopt statewide mask mandates and to provide clear public health guidance to their constituents, including about social distancing and limiting large gatherings.

The task force will have subgroups that focus on issues related to the response, including testing, vaccine distribution and personal protective equipment, according to two people familiar with the plans who spoke on the condition of anonymity to reveal plans that were not yet public.

In his victory speech Saturday, Biden addressed challenges in bringing the pandemic under control.

“We cannot repair the economy, restore our vitality or relish life’s most precious moments — hugging a grandchild, birthdays, weddings, graduations, all the moments that matter most to us — until we get this virus under control,” Biden said. “That plan will be built on a bedrock of science. It will be constructed out of compassion, empathy and concern. I will spare no effort — or commitment — to turn this pandemic around.”

Yet the plans Biden laid out on the campaign trail are set to collide with political realities. That includes a deeply divided nation in which more than 71 million people voted for Trump and the possibility of having to navigate a Republican-controlled Senate disinclined to support a greater federal role in testing and contact tracing, among other responsibilities now left mostly to the states.

Biden’s most ambitious plans will require significant congressional funding. Senate Majority Leader Mitch McConnell (R-Ky.) has said he would like to pass new coronavirus relief measures during Congress’s lame-duck session, and Congress faces a Dec. 11 government funding deadline. Biden and his team are poised to begin engaging with congressional Democrats on their priorities.

Biden’s plans include dramatically expanding testing and building a U.S. public health jobs corps to have 100,000 Americans conduct contact tracing. They also include ramping up production of personal protective equipment and implementing a vaccine distribution plan.

Murthy, who served as the 19th U.S. surgeon general, is a physician whose nomination was stalled in the Senate for more than a year because of his view that gun violence is a public health issue. Three months into the Trump administration, he was replaced as “the nation’s doctor” with more than two years left on his four-year term.

In 2016, he wrote a landmark report on drug and alcohol addiction, which put that condition alongside smoking, AIDS and other public health crises that previous surgeons general addressed. The report called the addiction epidemic “a moral test for America.” Murthy’s office sent millions of letters to doctors asking for their help to combat the opioid crisis.

The son of immigrants from India, he earned medical and MBA degrees at Yale before joining the faculty at Harvard Medical School, where his research focused on vaccine development and the participation of women and minorities in clinical trials.

After leaving his post as surgeon general, he wrote a book on loneliness and social isolation, including their implications for health, that grew out of his conversations with people in clinical practice and as surgeon general.

Several public health officials celebrated Nunez-Smith’s leadership role on the task force. Her research focuses on promoting health and health-care equity in marginalized populations, according to her Yale biography. She has also studied discrimination that patients endure in the health-care system — expertise that many said was welcome in an epidemic that is disproportionately affecting people of color.

Kessler was FDA commissioner from 1990 to 1997, during the George H.W Bush and Clinton administrations. He is well-known for his attempts to regulate cigarettes — an effort that resulted in a loss in the Supreme Court, which ruled that the agency did not have the authority. That prompted Congress to pass a law, enacted in 2009, that explicitly gave the agency that power.

Kessler, a pediatrician and lawyer, worked at the FDA to accelerate AIDS treatments and on food and nutrition issues. He oversaw the FDA’s development of standardized nutrition labels and notably ordered the seizure of orange juice labeled “fresh” because it was made from concentrate. He has written several books on diet, mental illness and other topics, and has served as dean of the medical schools at Yale and UCSF.

Lenny Bernstein contributed to this report. 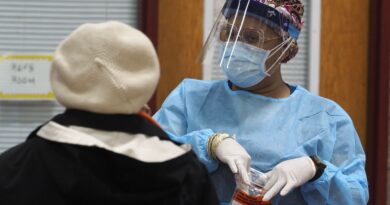 N.J.’s health system is failing underserved groups. How can the care divide be bridged? – NJ.com 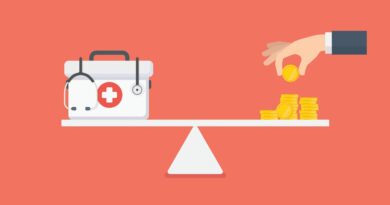