As the COVID-19 pandemic continues to plague the country, it has had a disproportionate impact on some of our most vulnerable communities. Shortly after COVID-19 was first identified in the United States, disparities in testing, cases, hospitalizations, and mortality began to emerge. These inequities were quickly evident by race, ethnicity, geography, disability, sexual orientation, gender identity, and other factors.

President Biden and Vice President Harris have released a National Strategy to combat the pandemic that has equity at its core. To help ensure an equitable response to the pandemic, the President signed an executive order on January 21 creating a task force to address COVID-19 related health and social inequities. This Task Force is chaired by Dr. Marcella Nunez-Smith.

Today, President Biden and Vice President Harris announced the following individuals to serve as non-federal members of the Biden-Harris COVID-19 Health Equity Task Force. Individuals selected by the President are:

The Task Force is charged with issuing a range of recommendations to help inform the COVID-19 response and recovery. This includes recommendations on equitable allocation of COVID-19 resources and relief funds, effective outreach and communication to underserved and minority populations, and improving cultural proficiency within the Federal Government. Additional recommendations include efforts to improve data collection and use, as well as a long-term plan to address data shortfalls regarding communities of color and other underserved populations. The Task Force’s work will conclude after issuing a final report to the COVID-19 Response Coordinator describing the drivers of observed COVID-19 inequities, the potential for ongoing disparities faced by COVID-19 survivors, and actions to ensure that future pandemic responses do not ignore or exacerbate health inequities.

Mayra Alvarez, MPH
Mayra E. Alvarez, MHA is President of The Children’s Partnership, a California advocacy organization working to advance child health equity. Previously, she served in the U.S. Department of Health and Human Services during the Obama-Biden administration, including at the Centers for Medicare and Medicaid Services, the Office of Minority Health, and the Office of Health Reform. She has also served as a Legislative Assistant in the US Senate and House of Representatives.  A native of California, she graduated from the School of Public Health at the University of North Carolina at Chapel Hill and the University of California at Berkeley.

James Hildreth, PhD, MD
James Hildreth is president and chief executive officer of Meharry Medical College, the nation’s largest private, independent historically black academic health sciences center. Dr. Hildreth served previously as dean of the College of Biological Sciences at University of California, Davis and as a professor and associate dean at Johns Hopkins University School of Medicine. Dr. Hildreth is a member of the National Academy of Medicine and an internationally acclaimed immunologist whose work has focused on several human viruses including HIV.  He currently serves on the advisory council for the NIH director and as a member of the FDA Vaccines and Related Biological Products Advisory Committee. Dr. Hildreth has led Meharry’s efforts to ensure that disadvantaged communities have access to COVID-19 testing and vaccines. He graduated from Harvard University as a Rhodes Scholar, from Oxford University with a PhD in immunology, and obtained an MD from Johns Hopkins School of Medicine.

Andrew Imparato, JD
Andy Imparato is a disability rights lawyer and the Executive Director of Disability Rights California, where he has spearheaded advocacy on crisis standards of care and vaccine prioritization in the last year. Imparato joined DRC after a 26-year career in Washington, DC, where he served as the chief executive of the Association of University Centers on Disabilities and the American Association of People with Disabilities. From 2010-2013, Imparato served as Chairman Tom Harkin’s Disability Policy Director on the U.S. Senate Committee on Health, Education, Labor and Pensions. Imparato’s perspective is informed by his lived experience with bipolar disorder.

Victor Joseph
Victor Joseph was elected by the 42 member tribes to the position of Tanana Chiefs Conference (TCC) Chief/Chairman in March of 2014 and served through October of 2020.  As the Chief Chairman he was the principal executive officer for the corporation and presided over all corporate meetings of the member tribes.  Prior to being elected TCC’s Chief Chairman Victor was employed as TCC’s Health Director from 2007 to 2014.  He worked for TCC a total of 28 years in a variety of leadership position.  He has also served as Alaska Representative on the U.S. Department of Health and Human Services Secretary’s Tribal Advisory Committee and on the Indian Health Services Budget Formulation Committee. Joseph is a tribal member of the Native Village of Tanana. He has extensive experience building strong working relationships with tribal leaders, colleagues, staff, funding agencies and corporate beneficiaries.

Joneigh Khaldun, MD, MPH
Dr. Joneigh S. Khaldun is the Chief Medical Executive for the State of Michigan and the Chief Deputy Director for Health in the Michigan Department of Health and Human Services (MDHHS). She is the lead strategist for Michigan’s COVID-19 response. Prior to her role in Michigan she was the Director of the Detroit Health Department, where she established a comprehensive reproductive health network and led Detroit’s response to the Hepatitis A outbreak. Dr. Khaldun has held former roles as the Baltimore City Health Department’s Chief Medical Officer and Fellow in the Obama-Biden Administration’s Office of Health Reform in the US Department of Health and Human Services. She obtained her BS from the University of Michigan, MD from the Perelman School of Medicine at the University of Pennsylvania, and MPH in health policy from George Washington University. She practices emergency medicine part-time at Henry Ford Hospital in Detroit.

Octavio Martinez, MD, MBA, MPH
Octavio N. Martinez, Jr. is the Executive Director of the Hogg Foundation for Mental Health at The University of Texas at Austin.  Additionally, Martinez is a Senior Associate Vice President within the university’s Division of Diversity and Community Engagement; clinical professor in the university’s School of Social Work; and professor at Dell Medical School’s Department of Psychiatry.  A native Texan, Martinez has an MPH from Harvard University’s School of Public Health, an MD from Baylor College of Medicine, and an MBA and BBA in Finance from The University of Texas at Austin.

Tim Putnam, DHA, EMS
Tim Putnam is President and CEO of Margaret Mary Health, a community hospital in Batesville, Indiana and has over 30 years of healthcare experience. He received his Doctorate in Health Administration from the Medical University of South Carolina where his dissertation was focused on acute stroke care in rural hospitals. He is a past president of the Indiana Rural Health Association and the National Rural Health Association. In 2015 he was appointed by the Governor to the newly created Indiana Board of Graduate Medical Education and has chaired the Board since its inception. Dr. Putnam is also a certified Emergency Medical Technician.

Vincent Toranzo
Vincent C. Toranzo is an active student from Broward County, Florida. Mr. Toranzo has experience with the inner workings of municipality functions. He serves as the State Secretary of the Florida Association of Student Councils advocating for the inclusion of student voices in their community, such as assistance to foster children and the assurance of students’ safety amidst the COVID-19 pandemic. Mr. Toranzo was awarded the U.S. President’s Award for Educational Excellence and a Citizenship Award for School and Public Service from his local U.S. congresswoman.

Mary Turner, RN
Mary Turner is an ICU nurse at North Memorial Medical Center in Robbinsdale and in her sixth year as President of the Minnesota Nurses Association (MNA) union—the Minnesota affiliate of National Nurses United. She previously worked at Abbott Northwestern Hospital in Minneapolis for 10 years. Turner has been on the National Nurses United’s Joint Nursing Commission since 2011. She serves as the Chair of the Board for Isuroon, which provides empowerment, culturally sensitive health education, and advocacy for Somali women.

Homer Venters, MD
Homer Venters is a physician and epidemiologist working at the intersection of incarceration, health and human rights. Dr. Venters is currently focused on addressing COVID-19 responses in jails, prisons and immigration detention facilities. Dr. Venters is the former Chief Medical Officer of the NYC Correctional Health Services and author of Life and Death in Rikers Island. Dr. Venters has also worked in the nonprofit sector as the Director of Programs of Physicians for Human Rights and President of Community Oriented Correctional Health Service. Dr. Venters is a Clinical Associate Professor of the New York University College of Global Public Health.

Bobby Watts, MPH, MS
G. Robert (“Bobby”) Watts is CEO of the National Health Care for the Homeless Council, which supports 300 Health Care for the Homeless FQHCs and 100 Medical Respite programs with training, research, and advocacy to end homelessness.  Watts has 25 years’ experience in administration, direct service, and implementation of homeless health and shelter services. Watts served as Executive Director of Care for the Homeless in New York City for twelve years. He is a graduate of Cornell University and Columbia University’s Mailman School of Public Health from which he holds an MPH in health administration and an MS in epidemiology.

Haeyoung Yoon, JD
Haeyoung Yoon is Senior Policy Director at the National Domestic Workers Alliance. Over the course of her career, Yoon has worked on low-wage and immigrant workers rights issues. Prior to National Domestic Workers Alliance, Yoon was a Distinguished Taconic Fellow at Community Change. Yoon also has extensive litigation experience and taught at the New York University School of Law and Brooklyn Law School. She recently testified before the House Judiciary Committee’s Subcommittee on Immigration and Citizenship regarding Immigrants as Essential Workers during COVID-19. Yoon received her JD from CUNY School of Law, her MA from Harvard University, and her BA from Barnard College.

Health Fusion: Are kids less thankful than they should be? Not in my book – Park Rapids Enterprise 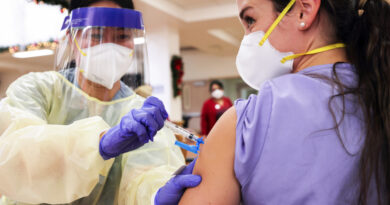 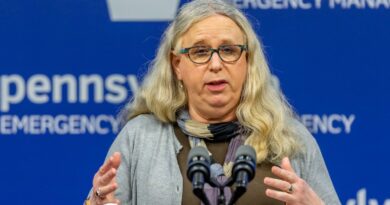