Walter Wallace Jr., Ricardo Muñoz and Angelo Quinto were all experiencing mental health episodes when they were killed by the police officers their families called for help. Their deaths, along with many other similar cases, are once again highlighting concerns about whether law enforcement is equipped to handle such crises.

Angela Kimball, national director of advocacy and public policy for the National Alliance on Mental Illness, said she believes the numbers are so high because people in mental health crises do not always respond in ways officers want them to.

“Police are trained to respond to a situation with a goal of protecting public safety and their own safety,” she said. “They are used to using interventions that are designed to contain somebody that is perceived as a danger.”

Juan Rios, an assistant professor who directs the master of social work program at Seton Hall University in New Jersey, said the statistics are higher for Black men than for other major demographics.

Last month the journal Annals of Epidemiology said in an analysis that police are more likely to shoot and kill unarmed Black men who show signs of mental illness than white men who exhibit similar behaviors.

Rios said that is partly because Black men are least likely to get treatment for active mental health diagnoses among major demographics. Men ages 18 to 27 are also less likely to be treated, he said.

“You intersect all of those factors and you have Black young men who are most at risk who may not be in treatment,” Rios said. “And the reality is also Black men are more likely to be deemed as a threat than any other demographic.”

Kimball said that during mental health crises, the presence of police officers, coupled with the uniforms and shouting, is quite often “counterintuitive” and that it can lead to tragedy.

Angelo Quinto died in December, days after an incident involving Antioch, California, officers. His family had called the police for help because he was experiencing an episode of paranoia, according to a wrongful death claim.

By the time officers arrived, Quinto’s mother had been able to calm him down. She was holding him in her arms when the officers took him away from her and laid him on his stomach, the complaint says.

One officer crossed Quinto’s leg behind him, while the other placed his knee on Quinto’s neck for more than 4 minutes, according to the complaint. Quinto “became lifeless” and was taken to a hospital, where he died Dec. 26.

Antioch Police Chief Tammany Brooks has denied that officers used a knee or anything else to put pressure on his neck.

“I trusted the police, because I thought they knew what they were doing, but he was actually passive and visibly not dangerous or a threat,” she said at a news conference in February.

Lancaster, Pennsylvania, police fatally shot Ricardo Muñoz in September after his sister called for help, saying he had become aggressive.

In the audio of a 911 call played at a news conference, Muñoz’s sister told the dispatcher that he was schizophrenic and bipolar and asked that officials take him to a hospital.

When an officer arrived at the home, Muñoz exited with what authorities described as a hunting knife.

Lancaster County District Attorney Heather Adams said at a news conference that Muñoz “immediately, and without warning, charged the officer.” The officer “ran for his life” and fired 4 seconds later, killing Muñoz.

The officer was cleared; Adams said he responded as he had been trained and met “deadly force with deadly force.”

Muñoz’s sister has questioned why police did not have a different standard for people suffering mental health crises.

“The right person should have been there,” Rulennis Muñoz has said. “The first responder needs to be someone like a caseworker, someone who knows how to deal with this situation so the cops wouldn’t be the first person to approach.”

Muñoz’s death echoes the killing in October of Walter Wallace Jr., 27, who was fatally shot by Philadelphia police responding to a call about a mental health crisis.

Anthony Fitzhugh, Wallace’s cousin, has said the family knew how to pacify Wallace when he was having an episode.

But on Oct. 26, they called 911 to request an ambulance in the hope that Wallace, who was bipolar, would receive medical intervention. A police officer arrived first.

The incident was recorded on cellphone and police body camera video, which showed Wallace, a father of eight children, being fatally shot in front of his mother and neighbors.

In the police video, an officer yells for Wallace to “put the knife down now” as he walks down his front steps with an object in his hand. As Wallace walks across the street still holding what appeared to be a knife, the officer fires multiple rounds.

Police have said that Wallace was ordered “several times” to drop the knife but that he continued to “advance towards” them. Officers fired “multiple times,” hitting Wallace in the chest and a shoulder, the police department said.

Wallace, who was Black, was pronounced dead at a hospital. The officers have been reassigned to restrictive duty pending an investigation, the police department said.

Wallace’s family has denounced police for using deadly force, saying his wife had relayed his mental health struggles to police at the scene before he was shot. The family’s attorney, Shaka Johnson, criticized the officers’ handling of a mental health call.

Many law enforcement agencies use the “Memphis Model” for crisis intervention training, or CIT. According to the CIT Center at the University of Memphis in Tennessee, it was developed in 1987 after Memphis police fatally shot a man who was threatening people with a knife. The man, who was Black, had a history of mental illness.

The death sparked outrage in Memphis and calls for a better way to intervene when someone is in a mental health episode.

Kimball said the program requires about 40 hours of training in mental health diagnoses, drug use issues and de-escalation tactics. There are more than 2,700 crisis intervention training sites around the country.

“It’s really more of a concept of community engagement. Part of it is about law enforcement developing those connections with homeless shelters and with community mental health systems like hospitals so that everybody is working together,” Kimball said.

While the training is crucial for law enforcement officers, it is “a workaround for a system that shouldn’t be sending law enforcement to a call for a mental health crisis,” she said.

“When we look at why folks are … more likely to die at the hands of police officers, it’s that their training focuses more on marksmanship than it does on mental health support or crisis work,” he said. “A badge and gun should not be the first one to address a nonviolent mental health crisis call.”

Rios and his colleague Tom Shea, a former police officer who is director of the Police Graduate Studies Program, are trying to counter that by working with communities on 911 divergence so that in nonviolent situations, people can call mental health professionals before they call police.

Rios said they will provide community-based training in deconstructing stigmas.

Rios and Shea are working with communities in South Orange, New Jersey, with plans to expand their project elsewhere.

Last year, the Federal Communications Commission formally designated 988 as a nationwide number for mental health crisis and suicide prevention services. The number is set to go live in July 2022.

The FCC said making 988 the go-to number for suicide prevention and mental health crisis calls “will make it easier for Americans in crisis to access the help they need.”

Kimball of the National Alliance on Mental Illness said the number will be a good alternative to 911 because “there’s a mobile crisis team of behavioral health professionals who can help defuse the situation, connect people to treatment and get them on a path to recovery.” 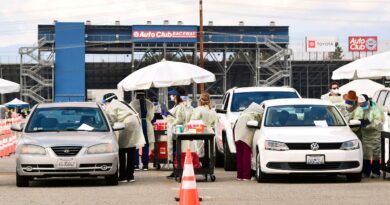 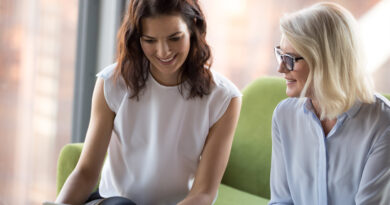