Though the Phoenix area is already chock-full of family-friendly entertainment options, more venues that promise fun times for people of all ages have announced plans to open in the Valley of the Sun.

Several ambitious developments that will bring mini-golf, surfing, go-karting and more in 2022 and beyond have been announced this year. And some big names are behind these concepts, too, such as Tiger Woods, the founders of TopGolf and auto racing champion Mario Andretti.

The new entertainment venues will span from the East Valley to the West Valley. Here’s what we know about these upcoming amusement and water parks, putting courses and pickleball courts.

A large-scale indoor electric go-kart racing venue with locations in Texas and Georgia is looking to open its first West Coast outpost in Chandler.

Andretti Indoor Karting & Games has purchased land at the southwest corner of Cooper Road and the Loop 202 freeway and plans to bring multi-level go-karting tracks and a variety of high-tech entertainment to the southeast Valley.

Cannon Beach will be a 37-acre water park and mixed-use development at Power and Warner roads in Mesa. Its biggest draw might be Revel Surf, a 3.3-acre surf lagoon that will feature “feature both a large traveling wave and a stationary rapid surf wave in one park,” according to the venue’s website.

Revel Surf is planned for a May 2022 opening, with the other tenants, which include a four-story hotel, office buildings, restaurants and retail shops, opening at a later date.

For subscribers:How Tempe’s Big Surf made Arizona a surfing destination

Crystal Lagoons Island Resort will “bring the next wave of family entertainment to Glendale,” according to its website. The resort will be home to boutiques, themed restaurants, hotels, a Mattel-branded theme park and an 11-acre lagoon where guests can swim, kayak, paddle board, boogie board and scuba dive.

The venue is scheduled to open before Arizona hosts the Super Bowl in 2023.

An entertainment venue with nine pickleball courts, cornhole, bocce ball, a two-story restaurant and three full bars plans to open in Tempe in 2022 or 2023.

The venue, Electric Pickle, “aims to be the Topgolf of pickleball,” according to the co-founder of the company behind the project. The location will be at Jewel Street and Emerald Drive, just north of Warner Road.

Popstroke: Mini-golf in Glendale and near Scottsdale

Popstroke, which is open in Florida, aims to bring two 18-hole putting courses with synthetic turfs that are unique to each facility to Westgate Entertainment District and the Salt River Pima-Maricopa Indian Reservation near Scottsdale

Popstroke is scheduled to open the Arizona venues in fall 2022.

A miniature golf venue from the founders of TopGolf that promises “a high-energy, upscale nightclub vibe,” Puttshack plans to open in Scottsdale next year. There will be no score cards during the game at Puttshack’s “crazy courses,” as “trackaball technology” counts putts throughout the game.

Puttshack will also offer a menu of “global food and drink” and expects to open in late 2022 at Scottsdale Quarter, 15059 N. Scottsdale Road.

Mesa-based PHX Surf LLC proposed opening “a facility to offer a world-class surf experience” in Maricopa. The facility would have two wave pools, water slides, a lazy river, a bike pump track, a spa, a stage for entertainment and a hotel, though the amenities are still subject to city approval.

The development, which has yet to be named, would be built on 70 acres of vacant city-owned land at the southwest corner of Smith Enke and Loma roads. 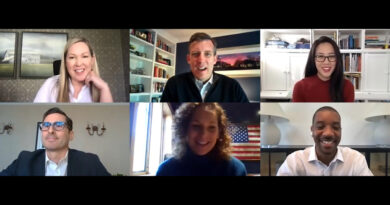 Entertainment Executives Discuss the Post-Pandemic Future of the Industry – Variety 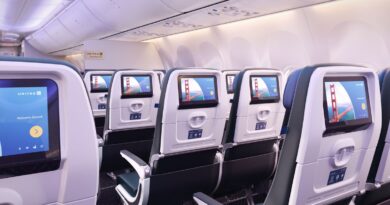