Pete Davidson and Phoebe Dynevor have made their first public appearance together at Wimbledon.

The ‘King of Staten Island’ star and the 26-year-old British actress packed on the PDA as they sat in the VIP Lanson suite next to comedian Jack Whitehall during Roger Federer’s match on Saturday (03.07.21).

The ‘Bridgerton’ star is back home in England filming the second series of the Netflix hit.

Pete and Phoebe’s romance is said to be very “serious” after they first sparked rumours they were dating in March. They were spotted in Manchester, England, together, while Phoebe also visited Pete’s home city of New York.

Phoebe – who is the daughter of ‘Coronation Street’ actress Sally Dynevor – and Pete had “grown close” in late March.

A source said of their romance: “Pete is a real charmer and has hit it off with Phoebe, who is obviously beautiful and talented. They have been enjoying each other’s company, although they haven’t known each other long. The fact he has flown all the way to the UK shows how interested he is.”

Pete, 27, was engaged to Ariana for four months until October 2018 and he subsequently dated movie star Kate Beckinsale.

He said: “I think you grow a lot as a person. I’ve learned a lot from the awesome chicks that I’ve been with, and they’re all cool. So I think you just grow, you become a better version of yourself, because you learn a little something from everybody.”

The ‘Saturday Night Live’ comic is happy to discuss his relationships during his stand-up routines. However, he is determined not to say anything hurtful.

Speaking specifically about his romance with Ariana, he reflected previously: “I think genuinely being hurtful is off-limits or anything like being s***** or anything. I wanna be cool with everybody but, you know, stand-up’s part of my life.

“That was a highly publicised thing. I feel like she got her fair run and her fair stab at it, and like I said, I don’t have social media and I don’t have an outlet really to express my feelings so stand-up’s just how i do it.” 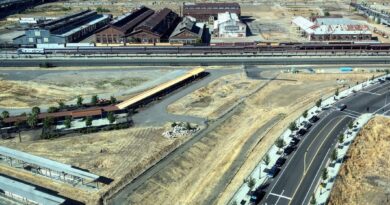