COLUMBUS – The chairman of the Ohio House Health Committee is one of several Ohio lawmakers featured in a video highlighting the anti-vaccination movement in the state at a time when Gov. Mike DeWine and other leaders are trying to inoculate the majority of Ohioans against the novel coronavirus.

In the video, Rep. Scott Lipps, R-Franklin, is shown on an April 2020 conference call with members of Health Freedom Ohio, a nonprofit that lobbies against vaccination requirements and other regulation of health care and medical treatment.

“I need help with members of the health committee, because we’re going to face a couple huge bills that are gonna matter,” Lipps says on the call, obtained by AJ+, an online news organization from Al Jazeera.

“We’re gonna face a couple bills that this group does not like. And I have to have energy to stop this vaccine shit that’s coming.”

The comments were first reported in an August story by Ohio Capital Journal, which was republished in The Enquirer.

In the video, most of which was recorded sometime in December at the Statehouse, a reporter asked Lipps what he meant by the statement.

“I meant that until we have the proper studies, and understand what we are putting in our body, we’ve got to slow it down,” Lipps said. “I don’t mean to stop it. That’s a strong term. And I did use that term. I think slow it down is a better term.”

Lipps then accused the reporter of “slanting the story to get what you want” and walked away.

Lipps did not return a phone call seeking comment Thursday. Lipps was reappointed as committee chairman Friday. In a statement Friday evening, Lipps said he was “100% opposed to forced mandates and employees being terminated or otherwise coerced for not getting a vaccine (particularly when they have a medical exemption).”

Lipps said his children and grandchildren are all vaccinated and he arranged last week for his octogenarian parents to get the COVID-19 vaccine.

“As State Representative of the 62nd House District, it is my duty to ensure all Ohioans have equitable access to any vaccine that might become available,” Lipps said. “However, it is against my values as a conservative to promote government mandated vaccine or to encourage medically-exempt individuals to be discriminated against in the workplace because of a vaccine.”

“We are where we are because of who we have leading us,” said House Minority Leader Emilia Sykes, an Akron Democrat who has a master’s in public health. “Our previous presidential administration failed us, our state leadership failed us, our legislature is failing us and we have 10,000 dead Ohioans to prove it.”

Getting a COVID-19 vaccine is not mandatory in Ohio, and DeWine has said several times he won’t mandate shots. However, employers can require them.

Initial trials for the two vaccines approved for use in the U.S. showed high efficacy with few reports of serious side effects. Few severe side effects have been reported for the first 22 million shots given in the U.S., the Centers for Disease Control and Prevention said Wednesday.

Although the rate of severe allergic reactions is higher than in the general population, everyone with an allergic response been treated successfully, and no other serious problems have turned up.

Vaccinated people have suffered major health crises and even death within a few days of receiving a shot. But the rate of those events is no higher than would be expected in the general population and cannot be connected to the vaccine, the CDC review found.

Meanwhile, Ohio has administered just under half of the vaccine doses sent to the state. Ohio ranks 41st in administering doses on a per capital basis, giving 6,384 shots per 100,000 residents as of Thursday, the CDC reported.

At least 682,705 initial doses – about 5.8% of the state’s population – have been given in Ohio, the state reported Wednesday. 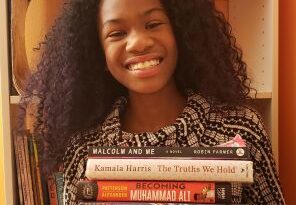 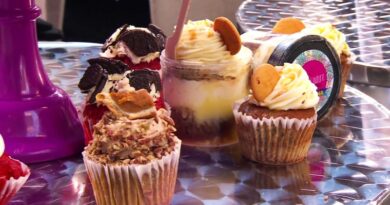