According to data on the government’s Paycheck Protection Program (PPP), about 600 mostly larger companies, including dozens of national chains, received the maximum amount allowed under the program of $10 million.

Officials from the Treasury Department and the Small Business Administration (SBA) have argued the program primarily benefited smaller businesses because a vast majority of the loans ― more than 87 percent ― were for less than $150,000, as of August. But the new data shows more than half of the $522 billion in the same time frame went to bigger businesses, and only 28 percent of the money was distributed in amounts less than $150,000.

The newly released data comes after a federal lawsuit filed by The Washington Post and 10 other news organizations under the Freedom of Information Act challenging the SBA’s refusal to release records on borrowers and loan amounts. A federal judge ordered the release of the data by Tuesday and the agency did not appeal.

Devised as a way to temporarily pay small companies to keep their employees on staff for eight weeks, the Paycheck Protection Program is widely credited with helping millions of businesses make payroll during the early months of the coronavirus pandemic, benefiting tens of millions of employees. A bipartisan group of senators unveiled plans Tuesday for another $908 billion in stimulus, including nearly $300 billion in new funding for the Paycheck Protection Program and other SBA programs.

However, the program’s spring rollout was fraught with confusion over rules for borrowers and an early run on the money by large chains and big banks that caused the first pot of funding to run dry in eight days. The Treasury Department later asked large well-capitalized borrowers to return their funding, though the agency has not disclosed which borrowers have done so.

The data released Tuesday disclosed for the first time the exact dollar figures received by some of the top recipients, showing that a number of restaurant chains received the maximum $10 million, among them the parent companies of Uno Pizzeria & Grill, Legal Sea Foods, Boston Market and Cava Mezze Grill. Law firms, churches and professional staffing services were also among recipients of $10 million loans.

The SBA calculated loan amounts based on monthly payroll figures and capped loans at a maximum of $10 million. Businesses with up to 500 employees were eligible, though that limit was relaxed for restaurant and hotel companies.

Previous disclosures of PPP loan data showed the program was falling fall short of the Trump administration’s claims of its success. A Post analysis of 4.9 million loans initially released by the SBA contained numerous errors, casting doubt on the administration’s claim that the $517 billion in lending had “supported” 51 million jobs.

Many companies were reported to have “retained” far more workers than they employ. Likewise, in some cases, the agency’s jobs claim for entire industries surpassed the total number of workers in those sectors. For more than 875,000 borrowers, the data showed that zero jobs were supported or no information is listed at all, according to the analysis.

There is also increasing evidence that the program was subject to considerable fraud. Investigators at the Justice Department, FBI, IRS and other agencies have joined forces to identify fraudulent borrowers, and in September the government announced it had charged 57 people with trying to steal a total of $175 million. The SBA inspector general’s office has received tens of thousands of fraud tips, and federal officials have launched hundreds of investigations.

Additionally, a “blanket approval” allowed Congress, officials and their families to receive PPP funds without a required conflict of interest review. Several members of Congress, including some who helped shape the program’s rules, benefited from funds, according to news reports and financial records.

The Post filed a Freedom of Information Act for complete records about the lending program on April 24. After the SBA failed to respond in the time required by law, The Post and 10 other national news organizations sued for the release of records on the Paycheck Protection Program and a separate smaller loan program, the Economic Injury Disaster Loans program, or EIDL.

In response to the lawsuit, the SBA posted loan-level data of 660,000 business and nonprofit organizations that received at least $150,000 in funding. But despite a disclaimer on the loan application stating the names of borrowers and amounts of loans would be “automatically released” in response to FOIA requests, the agency argued to the court it should not have to provide exact loan figures for any of the loans, as well as borrower information for loans under $150,000, or 87 percent of all PPP loans.

Ultimately, Judge James E. Boasberg of the U.S. District Court for the District of Columbia rejected the agency’s arguments and ordered the SBA to “release the names, addresses, and precise loan amounts for all individuals and entities that obtained PPP and EIDL COVID-related loans by December 1, 2020,” noting while the agency had the right to appeal the ruling “the Court sees no basis for any further delay.”

As the pandemic continued into the summer and fall, some of the employment gains proved temporary. The payroll processor Gusto estimates small businesses laid off about 232,000 workers nationwide soon after their PPP requirements expired, according an analysis of the records of about 37,000 Gusto clients who received PPP loans.

Losses were sharpest in retail trade, facilities management and other sectors hit hard by the pandemic, said Gusto economist Luke Pardue. “This is a significant head wind to the economy in the fall,” he said.

In rolling out the Paycheck Protection Program, the SBA and the Treasury Department stripped away much of the paperwork that is traditionally required for business loans, something that allowed banks to move quickly but also made the program more vulnerable to abuse. The federal government promised that PPP loans could be entirely forgiven, making them far more attractive than what most businesses could find without government help.

In addition to traditional mom-and-pop shops, the program was open to a broad array of businesses, representing nearly every corner of the U.S. economy. Loan recipients included independent contractors such as Uber drivers, franchises of international brands, health-care workers, nonprofit organizations, churches, schools, Wall Street investment firms and others.

Some industries successfully lobbied for access to the program after they were initially excluded. The Trump administration removed a restriction on businesses that profit from gambling after the gambling industry argued it should be eligible. Strip clubs and payday lenders argued their businesses had been hurt by the virus, too, and many of them ended up receiving loans.

In other cases, the SBA sought to claw back funding from loan recipients that were seen as controversial.

Later the SBA sent letters to dozens of Planned Parenthood nonprofits, which offer a range of health-care services including abortions, demanding they return the funds. Republican lawmakers including Sen. Marco Rubio (Fla.), a key architect of the Paycheck Protection Program, argued the organization’s local affiliates did not qualify because they were too closely associated with Planned Parenthood Federation of America, the national advocacy organization.

Nate Jones contributed to this report. 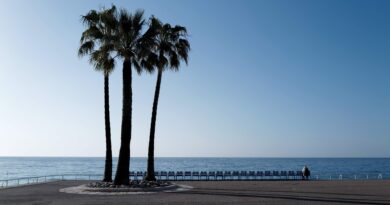 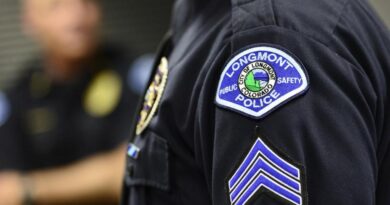 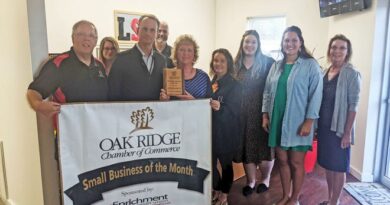