TOKYO — The International Olympic Committee, in its endless quest to bring harmony and understanding to anyone who will pay for it, has decided it is O.K. for boys and girls to play together. Mixed-gender relays featuring men and women are the big trend here, with the admirable goal of identifying who is sexist enough to whine about them.

Thankfully, I am secure enough to say that I am absolutely, definitely, most certainly not one of those people. Like, at all. I love the mixed events! They’re fun, they showcase different kinds of athletes, and the Olympics are the perfect venue for trying new things, because they’re a big, complicated mess and nobody can make sense of them anyway. You might remember that many years ago, the IOC announced plans to make ballroom dancing an Olympic event, and this offended people who thought it would diminish the value of a gold medal in, what? Equestrian? The IOC abandoned ballroom dancing, but it has gone all-in on mixed events, with no concern for whether it annoys a really misogynistic horse.

Mixed sporting events are not exactly new; mixed doubles has been a tennis staple forever. The mixed formats can be quite refreshing. In the mixed medley swimming relay at the Tokyo Aquatics Center, each country was allowed to choose two men and two women to swim the four strokes, though the Russians tried to enter three male swimmers and a pharmacist. It was an odd event. The strategy and lead changes were interesting, but at times, the relay achieved the exact opposite of its purpose: With the fastest men and women in the world swimming at the same time, the women looked relatively slow, which was silly.

The Americans had a frustrating race. Teen prodigy Lydia Jacoby seemed out of her element in the relay, possibly because she is from Alaska and never met another swimmer until last month. Her goggles fell off immediately, so she swam with them in her mouth, and then the two American men skipped their legs so they could each show her how to put goggles on like she had never done it before. The U.S. finished fifth.

The U.S. fared better in the mixed triathlon relay, which the official Olympics website describes as—this is a direct quote—“one of the Games’ most furious events,” along with judo and trying to get on a media bus. Triathletes, of course, are required to spend an inordinate amount of energy swimming, running, riding a bike and posting about it on Instagram. The U.S. won silver.

Then there was the mixed 4×400 track relay, which allowed the Americans to show off their two specialties: messing up relays and litigation. Friday night, the U.S. team was disqualified for passing the baton outside the designated zone, but they appealed and won. The Americans ended up with bronze.

Mixed events would not work in every sport. Nobody needs to see a mixed shotput, which would inevitably end with two gold medalists looking at each other and wondering which one will be caught doping. But mixed events work in many disciplines. Mixed doubles table tennis is finally an Olympic sport, after a decades-long wait that has certainly kept me up at night, and speaking of which:

Olympic golf doesn’t determine the best in the world. It isn’t quirky. It raises nobody’s profile. It has no real Olympic history. It doesn’t bring people together from all over the world for the first time. It appeals to golf dorks and nobody else.

If the IOC is adamant about golf remaining in the Olympics, the solution here is obvious: one mixed event. That’s it. It would be unlike any other major golf event. It would capture the spirit of the game—with handicaps and multiple tee boxes, golf is truly designed for people of all skill sets—and it would be much better theater than what is happening this week. It might even appeal to people who don’t really care about golf. It is the most natural event to have a mixed-gender competition, at least until the IOC reconsiders ballroom dancing. 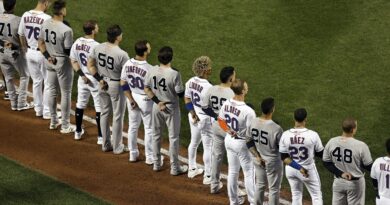 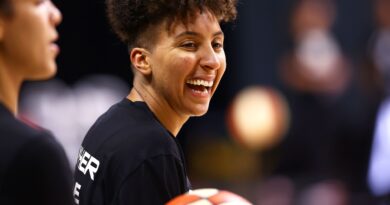 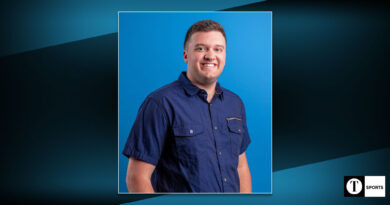