Mission Healthcare announced Wednesday that it has acquired Healthy Living Network, a multi-state home health provider founded over a decade ago.

“We had ongoing conversations with them and realized that the culture of our two organizations was very similar, that there were a lot of shared strengths of both organizations,” VerHoeve said. “We felt that combining would really put us in a position to positively impact the care we’re providing in each of our communities.”

Not too long ago, the Vistria Group-backed Mission was a single-state home health, hospice and palliative care provider with locations up and down California. VerHoeve and his team had set their sights on a multi-state expansion early on in 2021, however.

Mission executed on that goal in June through the acquisition of Silverado Hospice, which has a presence in Utah’s Salt Lake City.

“That was kind of our first out-of-state market that we started to serve,” VerHoeve said.

As a result of landing Healthy Living Network, Mission becomes one of the largest home-based care providers on the West Coast, caring for more than 5,000 patients daily across 36 locations. In addition to California and Utah, Mission’s footprint now includes Arizona, Nevada, Oregon and Washington.

The enterprise is made up of independently owned and operated home health agencies that provide in-home medical, rehab and support services. Its individual providers include Advanced Healthcare Services, Compass at Home, Healthy Living at Home and Onecare Home Health.

“In joining with Mission, we’re bringing together two businesses with complementary capabilities and opportunities for employees network-wide,” Healthy Living Network CEO John Cullen said in a press release. “We are also very excited to build upon Mission’s reputation for providing exceptional quality care and service to patients, their families and referral partners while keeping their employees at the heart of all they do.”

VerHoeve declined to comment on financial details, but reinforced just how impactful this deal is for Mission.

“It’s fair to say that both organizations really double in size through the combined organization,” he added. “Obviously, we’ve also made other acquisitions leading up to this one as well, which have continued to grow our patient census and the number of individuals we get to care for each day.”

The strategic benefits of ‘density’

That’s partly to keep the sense of trust and familiarity both Mission and Healthy Living Network have gained in their respective areas, VerHoeve explained.

On its end, Mission was actively been looking to grow and searching for high-quality home health opportunities. Yet Healthy Living Network wasn’t exactly shopping itself around, despite the red-hot M&A market for would-be sellers.

For at least two years running, home health and hospice businesses have carried the highest multiples in all of health care, according to a June report from PricewaterhouseCoopers.

“He and I had some very early discussions around what they were doing and what we were doing, just really trying to pick each other’s brains around what was happening, especially since we operated heavily in the same state of California,” he said. “Those conversations evolved into, ‘Could we ultimately bring the two companies together?’”

There are two main benefits of being a bigger home health provider, in VerHoeve’s view.

For starters, adding new services and locations allows Mission to be more efficient in its care delivery, which in turn also helps support employees. On top of that, having strong density in a particular region also helps when talking to insurance companies, health systems and other prospective partners.

“We view this as a great opportunity to really be a meaningful partner to payers and others,” VerHoeve said.

HCAP Partners was Mission’s previous PE backer, with the Chicago-based Vistria Group stepping in to support the provider’s continued growth toward the end of 2020. Vistria has been a “great partner” in making Mission’s recent transactions possible, VerHoeve noted.

There’s likely to be more M&A on the horizon, too, with Mission hoping to have multiple locations in each of the states it operates in, according to the CEO.

“We believe that density really does have a direct impact on patient care,” VerHoeve said. “Having, you know, one or two locations in a state isn’t necessarily where we want to end up. We’d like to have multiple locations providing multiple service lines within each state we operate in.” 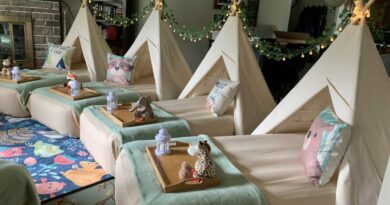 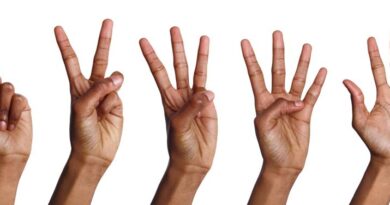 Building Your Business Back Better – Forbes