Not only is Duluth’s Congdon Park trail featured in the cover photograph, but also four of Bingell’s 10 best Minnesota autumn hikes are in northeastern Minnesota.

The new book, hot off the press Aug. 27, not only tells you where to hike among the state’s most splendiferous fall foliage, but Bignell also tells you how to get there, where to park, what to expect and what you will see — right down to the type of tree. He sprinkles in some history, natural and human, to add some spice.

Maples, birch and aspen in blazing fall colors contrast with the deep greens of old cedar trees in the Lutsen State Scientific and Natural Area. A little-known trail off the Lutsen Mountain access road leads to one of Minnesota’s top 10 fall color hikes, according to author Rob Bignell. Contributed / Minnesota DNR

The very first top 10 hike Bignell writes about isn’t far from some of the most-visited fall maple vistas in the Northland, off Cook County Highway 5 and a stone’s throw from the Lutsen Mountain Ski Area. But rather than pick a hike on the popular Lake Superior Hiking Trail, Bignell picked a lesser-known trail, the Lutsen Access Trail, along what are winter snowmobile and ski trails that takes the hiker deep into a forest of aspen, birch and balsam fir, algon with some cedar, as well as colorful maples.

“The top 10 isn’t a countdown but just a collection of the 10 best. The idea was to find not only the most spectacular sights, which in Minnesota for autumn leaves usually are on the North Shore or in the Driftless Area (of southeastern Minnesota), but also unique areas like the black ash forest near Little Falls,’’ Bignell said, noting that he tried to balance the book not just by geographic region, but also by geologic region and by tree type, hitting on all of the state’s major leaf-dropping deciduous trees.

A double-trunked yellow birch tree is the foreground for a backdrop of fall color along a trail in George H. Crosby Manitou State Park. The trail made the top 10 list in a new book by Rob Bignell on Minnesota’s best fall color hikes. Contributed / Rob Bignell

In addition to extensive entries for each of the top 10 hikes, the guidebook explores trails in all 87 counties in the state. In and around Duluth, Bignell covers great fall hikes in Congdon Park, Chester Park, the Superior Municipal Forest, Jay Cooke State Park and Gooseberry Falls State Park.

“Many of these trails are perfect for families with children,” said Bignell, who published a sister book on Wisconsin fall hikes in 2020. A Michigan version is coming in 2022.

Bignell is often accompanied on his hikes by his son, Kieran, 14.

“We’ve been hiking together since he was old enough to hold his head, so I could safely place him in a child carrier on my bike,’’ Bignell said. “Our first hike was in Redwood National Park. He loves Duluth and Ely. He’s always asking me when we’re going to go back.”

The Minnesota trails listed run from a 10th of a mile to 7 miles long, with most only 1-3 miles long.

While some of Bignell’s picks are obvious and popular, some are lesser known and off the beaten path.

That includes Tell Lake and Chase Point trails in Scenic State Park up in Itasca County. Day hikers can explore a pine-covered ridge separating two lakes and a woods lit each autumn with colorful leaves. The 2.9-mile route essentially is a lollipop in which you’ll do the loop (or Tell Lake Trail) first and then the stem (Chase Point Trail). To reach the trailhead from Grand Rapids, take U.S. Highway 169 east. Just past Taconite, turn left/north onto County Road 7, also known as Scenic Highway. In about 30 miles, go right/north into the state park on County Road 75. A parking lot is on the road’s right side in 0.4 miles.

And here’s one that Bignell discovered and featured that you have likely driven by, but never stopped at. A young forest of aspen and birch covers the Anchor Lake Wildlife Management Area about 45 miles north of Duluth literally right along U.S. Highway 53. A number of easy-to-hike hunter trails criss-cross the 216-acre site, which is nestled in a narrow point on Anchor Lake. A dense conifer forest of green and orange-needled tamarack in the wetlands near the lake add splashes of colors to the gold-leaved younger trees. A small parking lot is on the highway’s west (southbound) side directly across the road from the Anchor Lake Rest Stop (go slow or you will miss it.) Walk the hunter trail south; it soon turns west and heads to connecting trails in the wildlife area.

A Wisconsin hike you probably haven’t made

Bignell includes some fall color hikes just across the border from Minnesota in Wisconsin, Iowa and the Dakotas, and he includes one in Douglas County you may have overlooked: Bear Beach State Natural Area on Lake Superior, not far west of the mouth of the Brule River.

The unmarked trail runs for up to 3.4-miles round trip along narrow Bear Beach. “Hiking the shore, you’ll get a good sense of what this area of the world looked like before Euro-Americans settled it,’’ Bignell writes.

A thick woods hugs the sand’s southern side, while the lake stretches wide beyond to the north. Though the forest this far north is heavy on the evergreens — especially balsam fir, white pine and white spruce — in autumn, the yellow-colored leaves of paper birch and trembling aspen and the spring green of speckled alder are well-represented.

From U.S. Highway 2 in Maple, turn north onto County Road F. Next, go left/west onto Wisconsin Highway 13, then right/north onto Beck’s Road. Park in the dirt lot at the end of Beck’s Road near the Lake Superior shore.

“Minnesota’s Best Autumn Hikes” is the latest in several bestselling hiking guidebooks Bignell has authored. Several of his books about Minnesota hiking trails, including “Headin’ to the Cabin: Day Hiking Trails of Northeast Minnesota” and “Day Hiking the St. Croix National Scenic Riverway,” have hit No. 1 on Amazon.com lists in recent years. His most recent guidebooks, “Minnesota’s Best Wildflower Hikes” and “Wisconsin’s Best Wildflower Hikes,” in May topped the Amazon.com’s bestsellers list for travel books for each state.

This is Bignell’s 31st hiking guidebook and his seventh about Minnesota. He lives with his son in Menomonee in western Wisconsin.

The brilliant white of tree trunks contrast with the fall colors of tree tops in the background. Contributed / Rob Bignell

Drought of 2021 may dull colors

While it might have reminded you of cooler, more comfortable temperatures to come, the fact Northland tree leaves were turning color over the summer was not a good sign. It’s a sign of trees stressed by severe drought — in some areas of the Northland, the second straight summer of drought. Some of those trees have had too much stress and likely won’t make it into 2022.

The unusually dry conditions have made some trees shed their leaves more than a month early, while others started changing color weeks early, some just turning brown and shriveling up. Meanwhile, trees that are still holding their leaves may have muted colors this fall.

Still, there will be plenty of color from trees that were shaded or near a stream or in local pockets that received rogue thunderstorms and adequate rain.

In general, trees change color and drop their leaves pretty close to the same time each year because the process is driven by daylight and temperature. As both drop, so do the leaves.

If trees are healthy and well-watered, the onset of fall color is triggered by shortening daylight hours and the impact that change has on the chemistry of leaves. But temperature also plays a role, and cooler nights help bring out more color. It’s that combination of shorter days and colder temperatures at night that cause the change in hormones in the leaf that trigger senescence, the breakdown of cells and the color change.

An unusually warm fall can slow things down. Experts say a light frost at the start of the color season actually helps produce vivid color. But a hard frost, with temperatures down into the lower 20s, can kill color fast. And, of course, a big wind or heavy rainstorm as peak color approaches can ruin everything.

Chlorophyll gives leaves their green color, while anthocyanins, carotenoids and tannins produce the reds, golds and browns that come to the forefront in the fall, the DNR notes. Those shorter periods of daylight mean a closing off of the leaf veins that carry liquid sugar in and out of leaves. Sugars in the leaf permit the red and purple colors to develop.

Purple-like and red pigments are found in the leaves of maple and oak, some varieties of ash, and tall shrubs like cherry, sumac and viburnum. Yellow is always present in leaves all summer long, but the color is revealed when the green pigment in chlorophyll breaks down.

More recent research also shows that leaves have evolved to develop those bright colors as a sort of sunscreen against damage as the tree goes dormant, protecting the leaf as long as possible so the tree can keep drawing nutrients until the leaves fall off.

Naturalists remind folks to look down, not just up, to see bountiful fall color among grasses, wildflowers and ferns. And they have another suggestion you may have overlooked: If you want to see more color, look for hilly areas, and not just because you get longer vistas. In general there’s more variety, more tree species, in hilly areas.

Flat areas generally tend to have fewer or even a single species. The more species, the better the chance you’ll see one or more at its peak color at any one time. 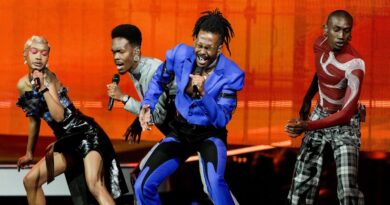 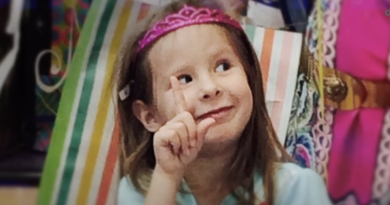 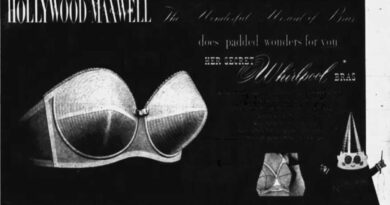