The local leaders said they were among more than 400 mayors across all 50 states pressing their local delegations to back the proposal as the U.S. Senate prepares to take up the plan this week.

Senate Majority Leader Chuck Schumer, a New York Democrat, has said senators on Wednesday, July 21, would vote on a vehicle bill that could be used to shuttle the bipartisan plan. Ten Republican senators, along with all 50 Democrats, will have to support the bill to advance it.

Legislative leaders along with the White House over the weekend continued negotiations to decide the best mechanism to pay for the proposal. But as of Monday, they’d not yet reached an agreement.

Democrats in Congress, along with the White House, have also said they’ll advance a separate $3.5 trillion budget resolution, throwing additional political dynamics into the push to get a plan across the finish line.

Meanwhile, local officials on Monday pressed the state’s delegation and others to move the $1.2 trillion plan.

“We need help from the federal government to be able to provide the supports our residents, our businesses, our communities need to be healthy and thrive,” Duluth Mayor Emily Larson said during a virtual news conference. “The lift bridge is not Democrat or Republican, lead service lines don’t care whether someone is in the majority or the minority, this is about protecting safety, access, public health and economic development.”

Fellow mayors and business leaders from across the political spectrum highlighted the toll declining roads and railways spurred for farmers, manufacturers and other industries around Minnesota. The proposed infrastructure plan would fund road and bridge construction projects, passenger rail and public transit services and expanded broadband access.

“We see the impact of deteriorating infrastructure as we’re driving down the road every day delivering product to our customers,” West Central Steel President and CEO Jeff Pattison said. “From an outstate Minnesota perspective, infrastructure allows our community to thrive.”

“This bill funds some of those initiatives in a dramatic way,” he said.

The leaders said it wasn’t immediately clear how much money Minnesota could stand to take in from the plan if it makes it to the president’s desk, nor which projects would get a green light to move forward. 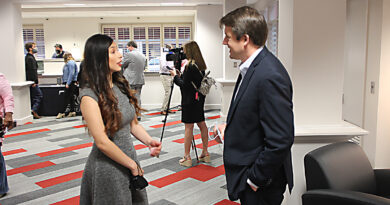 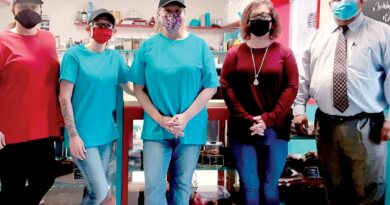 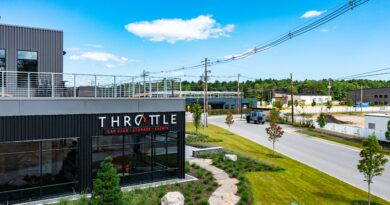