Micron Technology Inc.’s cash deposits are generating millions of dollars in additional returns for the memory-chip maker thanks to the help of an artificial-intelligence tool developed internally.

The AI application allows Boise, Idaho-based Micron to invest its funds so they generate higher returns in the current low-interest-rate environment, which worries many finance chiefs across industries.

The technology gives Micron recommendations for different asset classes and financial institutions that promise the highest yield. It takes into consideration the company’s limits for the amounts of money it can deposit with a particular institution or invest in a certain type of asset. Micron, which makes memory chips and storage devices for things ranging from cars to data centers, has relationships with more than 20 banks globally.

The Morning Ledger provides daily news and insights on corporate finance from the CFO Journal team.

With near-zero interest rates in the U.S. and elsewhere, companies are struggling to find returns for the cash piles that they accumulated in response to the economic shock caused by the coronavirus pandemic. Companies in the S&P 500 had $3.79 trillion in cash and equivalents at the end of the first quarter, up from $3.03 trillion a year earlier and from $2.07 trillion in 2019, according to the most recent comprehensive data from S&P Global Market Intelligence.

“In this low-rate environment, given the amount of cash that we maintain, every basis point counts and translates to millions of dollars,” said Greg Routin, Micron’s treasurer.

Figuring out the best way to allocate funds within the company’s internal limits can be a complicated matrix, Chief Financial Officer David Zinsner said. “The AI tool is designed to…do all that thinking in a really quick manner,” he added.

The company previously relied on employees in its treasury division to determine the maximum amount it could earn by allocating cash across its deposit and investment accounts. The AI tool now assists employees in making cash-management decisions.

“This is not about job elimination but better work,” Mr. Zinsner said. “With the AI tool, our team members are freed up to spend more time in other areas of treasury to drive long-term value for Micron.”

Mr. Zinsner said the AI tool doesn’t move the company’s money, but that could change. “Ultimately what we want to get to, is where it actually does all the transaction part of it too, but that’s probably a little ways off,” he said.

The AI application, in use since the second quarter, has generated additional yields in the low millions compared with what the company would have earned without it, according to Mr. Routin. The tool was developed by an internal team that focuses on automation across departments, executives said.

Companies across industries have flooded banks with cash in recent quarters, leading some of them to take steps to discourage deposits, including by dropping rates on funds over a certain amount. Excess deposits can weigh on banks’ profitability.

The company’s revenue has increased as demand for goods that rely on chips, such as cars and home appliances, has soared during the pandemic, leading to chip shortages. Micron earned $1.7 billion in the quarter ended June 3, up from $803 million a year earlier.

AI tools that guide companies’ cash-management decisions are relatively rare, according to Pete Gilchrist, executive vice president for retail deposits and commercial banking at Novantas, an advisory firm. Such tools can make it harder for banks to predict customer behavior, such as how much money companies plan to keep in their accounts, Mr. Gilchrist said.

Mr. Routin, Micron’s treasurer, said the application’s biggest benefit has been helping the company navigate various accounts across jurisdictions and currencies. “Given the number of banks we work with, and the opportunities we have, this AI tool has really allowed us to take our optimization to the next level,” he said.

Write to Kristin Broughton at Kristin.Broughton@wsj.com 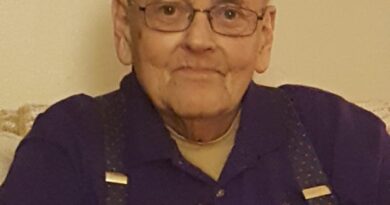 Sussman: Technology for we oldtimers – The Newark Advocate 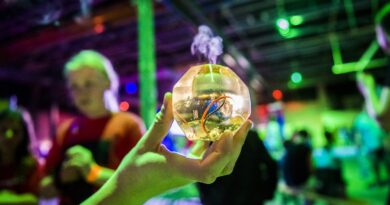