Pop culture’s most famous faces descended on the The Metropolitan Museum of Art on Monday evening to celebrate the fashion industry’s party of the year: the Met Gala.
Postponed last time around due to the Covid-19 pandemic, the star-studded annual fundraiser for the Met’s Costume Institute returned to mark the opening of its banner fashion exhibition, “In America: A Lexicon of Fashion.” A-list actors, supermodels,TV drag queens, musicians and athletes all walked the red carpet — or cream carpet, to be precise — offering their own unique take on the all-American theme.
Ahead of the event, longstanding gala chair Anna Wintour said via email that American fashion in 2021 has become “a patchwork, reflecting the world we’re all living in, as seen through many different lenses.” Adding to this patchwork, the Vogue editor-in-chief eschewed her usual Chanel and turned up in a floral Oscar de la Renta gown — a tribute to the late designer, who was a close friend of hers and an avid gardener.
One of Wintour’s celebrity co-chairs, inaugural poet Amanda Gorman, offered her thoughts on the theme as she arrived at the Met, telling CNN Style that American fashion was “diverse, vibrant, beautiful and intersectional.”

Making her way up the steps in an embellished indigo Vera Wang gown and silver laurel crown, she said: “I think American fashion really is at the crossroads of the world.” Representing a reimagined Statue of Liberty, Gorman held an Edie Parker clutch that said “Give Me Your Tired,” a reference to the poem inscribed at the statue’s base.

The poet was one of several stars to don deep shades of blue at the glitzy event. Tracee Ellis Ross wowed in a Balenciaga Couture coat dress with a popped collar, while gymnast Nia Dennis made an acrobatic entrance in a blue Stella McCartney catsuit.

Another of the evening’s co-chairs, Timothée Chalamet, was among a handful of attendees to pick white, arriving with typical nonchalance in a shrunken white satin suit jacket and billowing white Haider Ackerman pants tucked into a pair of crisp Converse sneakers.

But of those looking to the stars and stripes of the American flag for inspiration, the ones drawn to red came out in greatest force.

Megan Fox was one of the many stars wearing either red, white or blue at the 2021 Met Gala. Credit: Theo Wargo/Getty Images

On a night dedicated to American fashion, it is unsurprising that many opted for old Hollywood glamour.

MJ Rodriguez looked to the past for inspiration, too, stunning onlookers in a Thom Browne creation she described as a “Victorian look.” Yet the outfit also alluded to something altogether more contemporary. Speaking to CNN Style on her way in, the “Pose” star said the outfit had been designed to “show what it looks like to be America now in 2021 and be a Black, Latina trans woman who can show that she can take her roots all the way back to American roots.”

Rodriguez was among a number of attendees to interpret the theme through the lens of diversity. Rapper Saweetie wore a figure-hugging, crystal-embellished dress with a lengthy train by Christian Cowan that incorporated the colors of the Black American Heritage flag and a Filipino flag — a reference to her mixed heritage.

Similarly, co-chair Naomi Osaka brought her Japanese and Haitian background together in an ensemble by Louis Vuitton. The ruffled sleeves evoked carnival, while the red obi across her tulip skirt recalled the traditional kimono tie.

There were strong social and political messages on the red carpet, too — many of which were expressed through the language of American values. New York Congresswoman Carolyn B. Maloney didn’t mince words in a bold look emblazoned with “equal rights for women” on trailing shoulder panels. Alexandria Ocasio-Cortez meanwhile arrived in a white off-the-shoulder gown by Brooklyn-based brand Brother Vellies bearing the phrase “Tax the Rich.”

But while there were plenty of serious statements — and more of a pared-down approach than 2019’s event, which saw stars embrace the extravagant “camp” theme — it wouldn’t be the Met Gala without some dramatic entrances.

Lil Nas X made one of the evening’s most dramatic entrances, revealing a gold suit of armor and, later, a gold jumpsuit. Credit: John Shearer/WireImage/Getty Images

With so many takes on what American fashion means in 2021, one thing is clear: The Met Gala brought it out in all its diversity.

Scroll through the gallery above for more highlights from this year’s Met Gala red carpet. 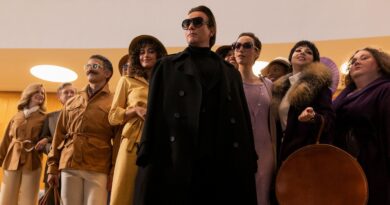 The Freeing Fashion Behind the Halston Saga – The New Yorker 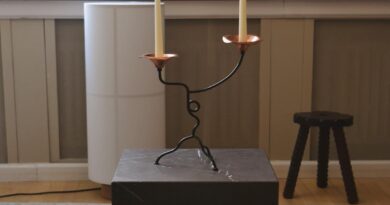 Fashion influencers are coming for the home – Business of Home