WASHINGTON — Representative Kevin McCarthy, the House Republican leader, has threatened to retaliate against any company that complies with the congressional committee investigating the Jan. 6 riot, after the panel asked dozens of firms to preserve the phone and social media records of 11 far-right members of Congress who pushed to overturn the results of the 2020 election.

Mr. McCarthy’s warning was an escalation of his efforts to thwart a full accounting of the deadly attack at the Capitol carried out by a pro-Trump mob, and his latest attempt to insulate the former president and Republican lawmakers from scrutiny of any ties to the violence. It came after he led the G.O.P. opposition to the creation of an independent bipartisan commission to investigate the riot, and then pulled five Republican congressmen from the select committee that Democrats created on their own, boycotting the proceedings.

In preservation orders the special committee sent to 35 technology firms this week, members of the panel included the names of hundreds of people whose records they might want to review, among them some of Donald J. Trump’s most ardent allies in Congress, according to several people familiar with the documents who were not authorized to speak about their contents.

The preservation demands were accompanied by a statement that said the committee was merely “gathering facts, not alleging wrongdoing by any individual.” But the inclusion of the Republicans’ names, reported earlier by CNN, indicated that the panel planned to scrutinize any role they may have played in fueling the violence.

“These are the individuals who have been publicly supportive of Jan. 6 and the people who participated in the insurrection on Jan. 6,” Representative Bennie G. Thompson, Democrat of Mississippi and the panel’s chairman, said in an interview.

“We need to find out exactly what their level of participation in this event was,” he said. “If you helped raise money, if you provided misinformation to people, if you served on a planning committee — whatever your role in Jan. 6, I think the public has a right to know.”

The panel has not asked to preserve the records of Mr. McCarthy, who has said he had a tense phone call with Mr. Trump as the mob laid siege to the Capitol, but Mr. Thompson said the top Republican’s name could yet be added.

Mr. Thompson said Mr. McCarthy’s protestations were “typical of somebody who may or may not have been involved in Jan. 6 and doesn’t want that information to become public.”

On Tuesday, Mr. McCarthy said Republicans would “not forget” and “hold accountable” those tech companies that preserve records sought by the committee. His remarks followed denunciations of the committee’s work by Representative Jim Banks, Republican of Indiana, who has called the panel’s tactics “authoritarian,” and Mr. Trump, who has called it a “partisan sham.”

Ms. Greene threatened on Fox News that telecommunications companies that cooperated with the investigation would be “shut down.”

Mr. McCarthy asserted, without citing any law, that it would be illegal for the technology companies to cooperate with the inquiry, even though congressional investigations have obtained phone records before. He said that if his party won control of the House, it would use its power to punish any that did.

“If these companies comply with the Democrat order to turn over private information, they are in violation of federal law and subject to losing their ability to operate in the United States,” Mr. McCarthy wrote on Twitter on Tuesday. “If companies still choose to violate federal law, a Republican majority will not forget and will stand with Americans to hold them fully accountable under the law.”

Representative Jamie Raskin, Democrat of Maryland and a member of the committee, said he was stunned by Mr. McCarthy’s remarks, describing them as akin to obstructing an investigation.

“He is leveling threats against people cooperating with a congressional investigation,” Mr. Raskin said. “That’s an astounding turn of events. Why would the minority leader of the House of Representatives not be interested in our ability to get all of the facts in relation to the Jan. 6 attack?”

Barbara L. McQuade, a former U.S. attorney and University of Michigan law professor, called Mr. McCarthy’s claims “baseless,” noting that the panel had not requested the content of any communication.

“He is falsely portraying the committee as overreaching so that he can protect his own political interests, to the detriment of Congress’s ability to do its job and the public trust in our institutions of government,” she said.

In the past week, the select committee has ramped up its work, taking three wide-ranging investigative steps: a records demand to seven federal agencies focusing in part on any ties Mr. Trump may have had to the attack’s planning or execution; a document demand to 15 social media companies for material about efforts to overturn the election and domestic violent extremists who may have been involved; and the record preservation orders including the Republican representatives.

The 11 Republicans include lawmakers who spearheaded the effort to challenge the election outcome in Congress on Jan. 6 and those who played at least some role in the “Stop the Steal” effort to protest the results, including promoting rallies around the country and the one in Washington whose attendees attacked the Capitol.

Some of the lawmakers named in the order have continued to publicly spread the election lies that inspired the riot, and to allude to the possibility of more violence to come. Mr. Cawthorn falsely claimed on Sunday that the election had been “rigged” and “stolen,” telling a crowd in Franklin, N.C., that if elections were not safeguarded in the future, it could result in “bloodshed.”

The select committee has been meeting twice a week, even during Congress’s summer recess, as its members plan their next steps. Mr. Thompson said two more hearings were in the works, one to dig deeper into the pressure campaign Mr. Trump and his allies started to overturn President Biden’s victory, and another to explore who encouraged militia and extremist groups to come to Washington before the assault.

“There’s a concern on the committee about the executive branch leaning on state elected officials to change the outcome of the election,” Mr. Thompson said. “There’s concern about the identification with domestic terrorist organizations and their participation and encouragement to participate in the Jan. 6 march and insurrection.”

Last week, the panel sought communications among top Trump administration officials about attempts to place politically loyal personnel in senior positions in the run-up to the attack; the planning and funding of pro-Trump rallies on Jan. 5 and 6; and other attempts to stop or slow the process of Mr. Trump handing over the presidency to Mr. Biden.

It demanded records of communications between the White House and Ali Alexander, who publicized the “Stop the Steal” rallies, as well as Tom Van Flein, Mr. Gosar’s chief of staff.

Representative Adam B. Schiff, Democrat of California and a committee member, said the requests were “broad” by design as the panel sought to produce a “comprehensive report.” He said they could be expanded to include more members of Congress if evidence emerges to suggest it is necessary.

On Friday, the panel sent letters to 15 social media companies — including sites where misinformation about election fraud spread, such as the pro-Trump website theDonald.win — seeking any documents in their possession pertaining to efforts to overturn the election and any domestic violent extremists associated with the Jan. 6 rally and attack.

The committee had already asked for records on extremist groups and militias that were present at the Capitol that day, including QAnon, the Proud Boys, Stop the Steal, the Oath Keepers and the Three Percenters. A person familiar with the committee’s discussions said its members intended to investigate more deeply plans among militia groups to coordinate.

At least 10 suspected militia extremists attended paramilitary training in Ohio, Florida and North Carolina before the breach, according to court documents. Suspected domestic violent extremists also “coordinated efforts to bring tactical equipment to the event, presumably in anticipation of violence,” according to an April homeland security analysis obtained by The New York Times through a public records request filed by the group Property of the People.

“There were undoubtedly insurrectionist groups that were dead-set on committing violence,” Mr. Raskin said. “If you listen to their chatter post-Jan. 6, it’s all abut how close they came, and next time they will be carrying arms.”

Representative Zoe Lofgren, Democrat of California and a member of the committee, emphasized that the request was “an investigation, not an accusation.”

“We’ll see what we find out,” she said. “It’s fair to say you didn’t have 10,000 people just happen to show up and attack Capitol Police officers, maim them and threaten to kill the vice president and members of Congress just because they felt like it. There was a reason, there was a structure to this, and we need to uncover everything about that.” 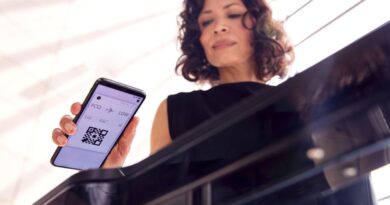 7 Views On How Technology Will Shape Geopolitics – Forbes 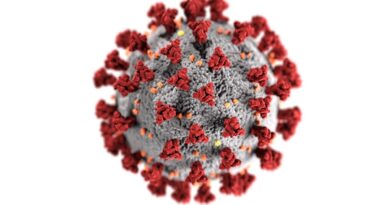 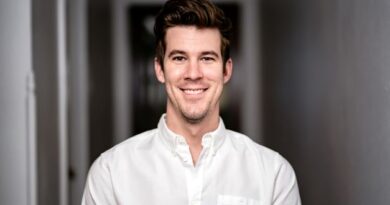 What does the future hold for solid-state battery technology? – just-auto.com