Let’s rewind for a moment: It’s April 28, 2012. The Chicago Bulls have made it back to the top of the NBA behind the play of Derrick Rose. With the Bulls leading the Philadelphia 76ers 99-87 in game one of the first round of the NBA playoffs, the reigning MVP hop-stepped into the lane and landed awkwardly on his knee.

NBA fans have the audio from TNT’s Kevin Harlan on repeat any time Rose’s name comes up.

That infamous Bulls roster and Rose never reached their full potential after the  23-year-old superstar tore his ACL with 1:10 left in a game that was already over. Since then, he’s had both knees operated on and lost most of the athleticism that once honed him to be one of the best pure athletes of the early 2010s.

The Denver Nuggets superstar tore his ACL with 51 seconds to go in a game against the Golden State Warriors on a record-breaking night for Stephen Curry. The latter eclipsed NBA Hall of Famer Wilt Chamberlain’s all-time franchise scoring record in a 53-point effort.

Rose, now 32 years old and past his prime, could have benefited from today’s knowledge, as Murray’s injury could teach us. We aren’t talking about massage guns or the infamous LeBron James hyperbolic chambers; instead, a much simpler and more conventional medicine: marijuana.

Across all sports, players covering generations have found lasting benefits to marijuana. Some used it before games, others used it after and some even during games, but they all cited the same reasons.

Does it really work?

Nine-year NFL veteran Shaun Smith suggested that “at least 80%” of the NFL smokes weed. But players aren’t the only ones feeling highs beyond just winning games and collecting awards.

“Shoot, the coaches do it. Personnel, people upstairs do it. Quarterbacks do it. Captains, leaders of the team that smoke as much as I do … our body hurts,” Smith told B/R.

Fresh off of retirement, former NFL tight end Martellus Bennett went on the Simms and Lefkoe Podcast and joked about meeting someone in the league who didn’t smoke.

“There’s time in the year where your body just hurts so bad that you don’t want to just be popping pills all the time,” Bennett said. “A human made that, God made weed.”

On the hardwood, NBA veterans Matt Barnes, Kenyon Martin and Al Harrington illustrated their successful experiences with marijuana to B/R.

Barnes played in the NBA for nine franchises in 14 seasons, including the 2016-17 NBA champions, the Golden State Warriors.

Martin and Barnes’ injuries undoubtedly cost them crucial games, but they credited marijuana for his successful recoveries at all points in their careers. The 16-year NBA veteran is still the only basketball player to ever come back from two microfracture surgeries on each knee.

“I’ve had major reconstruction surgery on my left ankle. I’ve had my patella repaired. Like, I walk around, man, [because of smoking]. I’m in no pain,” Martin said.

Throughout his career, Martin averaged 13 points and seven rebounds. His son, Kenyon, Jr., is a rookie in the NBA. And as the new generation of talent emerges into professional sports and potentially cement themselves into franchise cornerstones, those who played in the early 2000s hope leagues don’t make the same mistakes twice.

A brighter, greener future, led by the NHL

Seldom, the National Hockey League adapts to changes before the other three major American sports — basketball, football and baseball — choose to act. In a 2020 ESPN feature, Emily Kaplan spoke with an anonymous NHL athlete, Player X, who has the same postgame routine most nights, where he enjoys a meal with teammates before going home exhausted.

However, even with the balance of healthy foods and drinking plenty of fluids, he still finds himself having trouble sleeping at night. That’s when Player X will take a few hits off his weed pen.

Over 80% of the four major American sports teams are in states or provinces where purchasing recreational or medicinal marijuana is legal, and Player X is, of course, one of those. With the convenience present for players to access medicine, Edmonton Oilers forward Connor McDavid — the face of the NHL — strongly suggests that the league looks into CBD for recovery.

“When your body’s sore like it is sometimes, you don’t want to be taking pain stuff and taking Advil all the time. There’s obviously better ways to do it,” McDavid, just 24-years old, said. “You’re seeing a lot of smart guys look into it. You’re seeing a lot of really smart doctors look into it. If all the boxes are checked there, and it’s safe and everything like that, then I think you would maybe hear them out.”

Where does that lead the conversation?

As elite athletes turn more to alternative medicine, including marijuana, commissioners are noticing its effects on their players. Ownership may not agree, but if the athletes find benefits during injury rehabs, it could change the sports landscape for generations beyond McDavid’s.

With the NBA, MLB, NFL and NHL modifying their collective bargaining agreements every few years, the decision could end up extending the careers of those who are watching their idols suffer career-altering injuries. 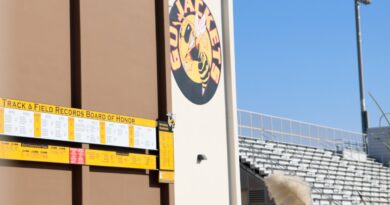 What to Expect For BHS Sports in 2021 — Berkeley High Jacket – berkeleyhighjacket.com