Previous technological revolutions have, whether intentionally or unintentionally, marginalized Black and Brown people, women and those from lower socioeconomic status. Without intervention, we are on the path to repeat those same historical wrongdoings. That’s why we at the Future of Work are continually asking ourselves: ‘How can we do it differently?’

We’ve challenged ourselves to frame every initiative we deploy with a lens of changing the homogeneous paradigm that is the technology/data science industry. In year one, we have built a network of 20+ education and training organizations, a pipeline of more than 1,500 people from every part of our community interested in upskilling, oversampling for groups that have traditionally been marginalized from the tech community.

We also aligned with industry partners to launch the COVID-19 Upskilling Initiative, encouraging residents across the greater Louisville area to gain new technical skills and expand their career horizons while they were stuck inside for quarantine.​ More than 4,000 people expressed interest, and over 700 badges were earned. Most importantly, 30% were from our Black and Brown communities, 49% were women and 41% were folks whose highest level of education was less than a bachelor’s degree.

More:To be a world class city and disrupt inequitable systems, we must invest in education

We are also partnering with Central High School, Bellarmine University, A Path Forward and the Louisville Urban League with The Butterfly Project, a paid internship with the Future of Work to introduce high school and college students to data science for social justice. Additionally, we are working with Jefferson County Public Schools and industry partners to create a community-facing data science/technology academy that incorporates identity and community empowerment, specifically focused on increasing participation of underrepresented groups in computer science and leading to internships in the field.

But all this hard work in education is rendered useless if folks don’t have access to the hardware and broadband necessary to participate in the data economy, which begins in K-12 public education. Many times we think of the digital divide and tech equity as a philanthropic endeavor, but it’s an economic issue.

More:How Academies of Louisville are creating opportunities for JCPS students and businesses

There are approximately 200,000 tech jobs that go unfilled every year. Think about how many interesting problems have been addressed by technological advances thus far. Now think about the problems that could be addressed in our society if we had a more diverse technology/data science workforce. The inclusion of people from different backgrounds and experiences has been proven repeatedly to increase revenue and problem-solving in a corporation. It is the way forward.

And this is why the work of 55,000 Degrees over the last decade, and, now, Evolve502 is critical. Releasing the financial burden of college costs opens the door for what’s next and serves as a national model for what can happen when everyone leans in to make change. Change that removes barriers, that addresses systemic inequities, that is innovative and community-led. This is the future of work.

More:Want a more educated Louisville? Here’s your call to action 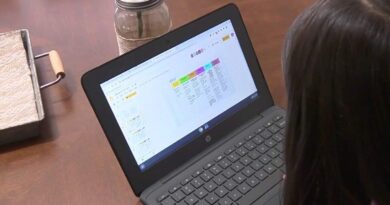