The New York Stock Exchange said late on Monday that it had reversed a decision to delist China’s three major state-run telecommunications companies.

The Big Board said it took the step after consulting with the U.S. Treasury Department.

Last week, the exchange said it would stop the trading of shares in China Unicom, China Telecom and China Mobile by Jan. 11 in response to a Trump administration executive order that blocked Americans from investing in companies tied to the Chinese military.

The statement did not give a reason for the decision, though it appeared that the executive order may not require the exchange to delist the companies. The exchange said that its regulatory department would continue to evaluate the applicability of the order to the telecommunications companies.

The delisting would have had little practical impact on the companies, which also have shares listed in Hong Kong and are state-owned. Still, the disappearance from the American exchange had hefty symbolic value for worsening economic ties between China and the United States.

Wall Street began the year with a tumble on Monday, with the S&P 500 suffering its steepest decline in more than two months as it retreated from record territory.

Analysts traced the sell-off to a number of factors, including political jitters stemming from Tuesday’s runoff election in Georgia — which will determine control of the U.S. Senate — concerns about a resurgent coronavirus, and the simple need for investors to take a breather after a stretch of sizzling gains.

It wasn’t clear that the slump would continue into Tuesday. Stocks in Asian markets were steady early on Tuesday, while futures markets suggested that Wall Street would stabilize when it opens.

The index fell 1.5 percent, its sharpest drop since late October. Stocks that have been most sensitive to investor sentiment about the coronavirus pandemic led the decline. Shares of Royal Caribbean Cruises, Wynn Resorts, Marriott International and Carnival were all down by 5 percent or more.

Major benchmarks in Europe also gave up most of their early gains on Monday, though they managed to stay in positive territory for the day. The Stoxx Europe 600 index rose 0.7 percent, and the FTSE 100 index in Britain gained 1.7 percent.

The variant is now present in the United States, where coronavirus cases and deaths have reached records in recent days.

Monday’s retreat also came after the S&P 500 rallied more than 16 percent in 2020, defying the economic crisis and the human catastrophe of the pandemic, as the Federal Reserve stepped in to support financial markets, Congress spent trillions on unemployment and business support programs, and vaccinations began, showing a sustainable way out of the pandemic.

But investors have always had to contend with the still-spreading coronavirus pandemic, the risk of new lockdowns and political turmoil in the United States.

On Tuesday, two runoff Senate elections in Georgia will settle control of the upper house of Congress, and finally determine how hard it will be for President-elect Joseph R. Biden Jr. to move forward on his agenda.

In the wake of the presidential election in November, investors had begun to anticipate that Republicans would retain control of the Senate, giving them the ability to limit the Biden administration’s ability to raise taxes or increase regulation.

That view had also helped lift stocks at the end of last year, but Monday’s trading showed investors had grown less confident in a Republican win on Tuesday.

“The market fears the Democrats taking both of those seats,” said Julian Emanuel, chief equity and derivatives strategist at the brokerage firm BTIG. He said that investors have been closely watching prediction markets give greater chances to that outcome in recent days. “It’s basically now a tossup as to what the outcome is going to be tomorrow, after the Republicans being heavily favored.”

Chief executives and other leaders from many of America’s largest businesses on Monday urged Congress to certify the electoral vote on Wednesday to confirm Joseph R. Biden Jr.’s presidential victory.

“Attempts to thwart or delay this process run counter to the essential tenets of our democracy,” they said in a statement. Included in the list of 170 signers were Laurence D. Fink of BlackRock, Logan Green and John Zimmer of Lyft, Brad Smith of Microsoft, Albert Bourla of Pfizer, and James Zelter of Apollo Global Management.

Over the weekend, President Trump called Georgia’s Republican secretary of state in an effort to subvert the election results. On the call, which was recorded, the president pressured the official to “find” enough votes to overturn Mr. Biden’s victory. The president’s demand raised questions about whether he violated election fraud statutes, lawyers said, though a charge is unlikely. President-elect Biden won the Electoral College, 306 to 232, and the popular vote was 81.2 million for Mr. Biden to Mr. Trump’s 74.2 million.

Members of the president’s party are divided over whether to accept that he lost the election: While top Republicans, such as Mitch McConnell, the Senate majority leader, have pushed back on a futile attempt in Congress to reject the results, about a dozen senators and senators-elect have lined up behind President Trump’s bid to hold on to power.

The urging from business leaders came on a volatile day for financial markets and just a day before runoff elections in Georgia, which will determine whether Republicans or Democrats control the Senate. Coronavirus cases are surging, and vaccinations are taking more time than hoped.

“Our duly elected leaders deserve the respect and bipartisan support of all Americans at a moment when we are dealing with the worst health and economic crises in modern history,” the business leaders wrote. “There should be no further delay in the orderly transfer of power.”

The statement, which was organized by Partnership for New York City, a business advocacy organization, came on the same day that Thomas J. Donohue, the head of the U.S. Chamber of Commerce, issued a statement urging certification of the vote.

“Efforts by some members of Congress to disregard certified election results in an effort to change the election outcome or to try a make a long-term political point undermines our democracy and the rule of law and will only result in further division across our nation,” Mr. Donohue wrote. 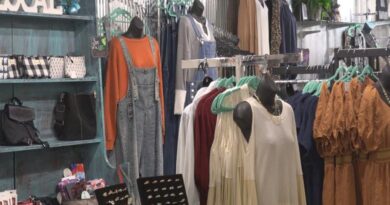 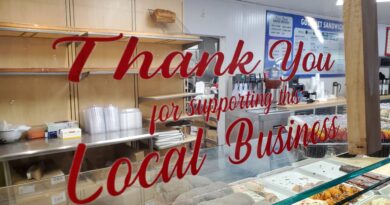 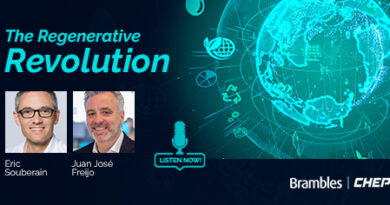 Regeneration and Business: The Challenges of Implementation – Sustainable Brands